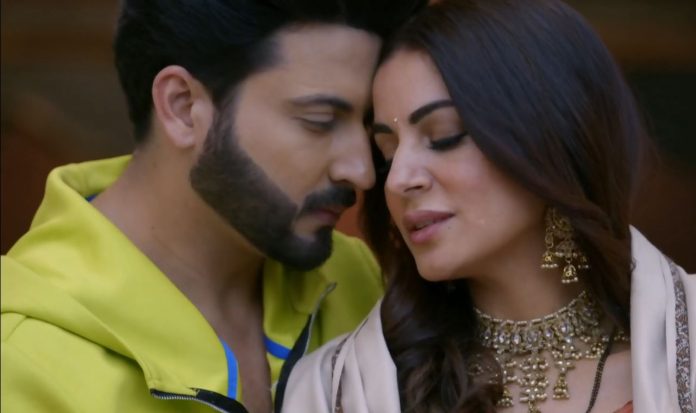 Kundali Bhagya 7th December 2020 Written Update Karan looks after Preeta so well that she gets on cloud nine. He expresses that he can never hurt her and see her crying. Hearing some good words from him makes her super duper happy. Karan and Preeta’s happiness together reflects in their eyes. They get blessings from their elders. Karan wants to prove himself as a good husband, since Preeta has proved herself as a good wife.

On the other hand, Mahira and Sherlyn get into a cat fight after the former’s plan fails. Mahira accuses Sherlyn that she got Karan married to Preeta. Sherlyn can’t take Mahira over her head. She tells Mahira that Karan got married to Preeta after Mahira lost to Preeta in their fight. She asks Mahira why was she drunk on her wedding day. She doesn’t want Mahira to accuse her for the mistakes in their plans.

She tells that Mahira is foolish and just impulsive. She asks Mahira to be thankful to her that she has saved her this time. She mentions that if Preeta dies by having the poison, then Luthras will kick out Mahira as well. Mahira doesn’t understand her point. Sherlyn tells Mahira that Preeta’s death would mean that it was a murder, which just her Sautan, that’s Mahira would plan. She asks Mahira to think who will the family doubt if Preeta dies. She tells that she has saved Mahira from the suspicion.

She asks Mahira to know the fact that there is no bail granted for a serious offence like murder. Mahira calls her mad. She doesn’t think she will be caught. Sherlyn tells that the entire family knows the truth that Mahira hates Preeta and can’t tolerate the latter with Karan. She alerts Mahira. Sherlyn has no idea that Mahira has double cross her. Mahira had a plan to frame Sherlyn in the crime. Karan takes Preeta to visit Sarla’s house. Preeta wants to be with Sarla for a while.

Karan tells her that she shouldn’t stay back at her mom’s place even if he fights with her and asks her to go to her mom’s house. He tells that she should never leave him alone. He adds that he can’t live without her. Preeta becomes necessary for his living. Preeta is glad to hear it. He asks her to tell Sarla that she wants to stay with him. He clearly tells her that he will miss her when she goes away. Karan and Preeta gradually become inseparable. A really wonderful sweet moment to be seen between Karan and Preeta after months. Comment your view on the show and keep reading.

Preeta misses her dad a lot. She wishes to save Mahesh’s life from the evil Sherlyn and Mahira. She cries at night. Karan hears her crying and wakes up. He wants to know the matter. She tells him that she is worried for Sarla. He tells that he can talk to Sherlyn. He adds that he will take her to Sarla. She is glad that he will take her to her home to relieve her sorrow. She hugs Karan and thanks him. Sherlyn tells Mahira that Preeta can’t die, else Mahira will get jailed. She tells that if Rakhi told Karan that Mahira had given the sweetdish for Preeta, then everyone would know that Mahira had added the poison.

She exclaims that Preeta would have got treated on time and she would get saved, but Mahira would be kicked out from the house. She asks Mahira to know that she will be caught in Sarla’s case as well. She tells that Luthras are not fools, they will eventually find out Mahira’s evil plans. Mahira gets tensed on understanding Sherlyn’s point. She doesn’t want to get jailed. Karan gets Preeta to her home. Preeta is happy. She doesn’t find Karan happy. He asks her to meet Sarla. He expresses his feelings that he will miss her if she isn’t with him. She is overwhelmed to know his feelings.

She teases him that she will not miss him. He knows that she will miss him. Karan and Preeta have romantic moments when he drops her and makes a leave. She wishes he stays back, but he doesn’t want to spoil Sarla and Preeta’s quality time. He feels bad to leave Preeta and go, but he wants her to calm her tensions by being with Sarla. Meanwhile, Mahira informs Ramona what Sherlyn had done. Ramona feels Sherlyn has done right. She asks Mahira to control her anger.

She tells that she has to stay calm so that she can think sharp. She asks Mahira to keep friendship with Sherlyn. She likes Sherlyn’s never lose attitude. She doesn’t want Mahira to think about Preeta and just sleep well. She promises to fail the Aroras. She wants revenge on Sarla. Sarla doesn’t want Shrishti and Janki to cry for her. She tells that she loves her family and wants them to be strong. She doesn’t want the tension of tomorrow to spoil her today. Preeta meets them. Her arrival surprises them.

Sarla feels she is imagining Preeta. Shrishti tells Sarla that Preeta is really with them. Preeta smiles hearing her mother’s innocent words. Mahira wants to apologize to Sherlyn, since she needs Sherlyn’s help. Sarla asks Preeta how did she come to them. She worries if anything is wrong. Preeta tells that she has come to meet her family, Karan has dropped her home. Preeta tells that nothing is important than her mother. Sarla doesn’t want Preeta to upset her in-laws. Preeta wants to stand with Sarla as her strength.

Sarla encourages her. She doesn’t want her daughters to cry for her. Preeta realizes that Sarla’s laddoos are different from what she had eaten in her Sargi. Sarla tells that Ramona had brought the poisoned laddoos to frame her. Preeta wants to defend Sarla in the matter and expose Ramona’s crime. Will Preeta succeed? Keep reading.

Reviewed Rating for this particular episode Kundali Bhagya 7th December 2020 Written Update: 5/5 This rating is solely based on the opinion of the writer. You may post your own take on the show in the comment section below.