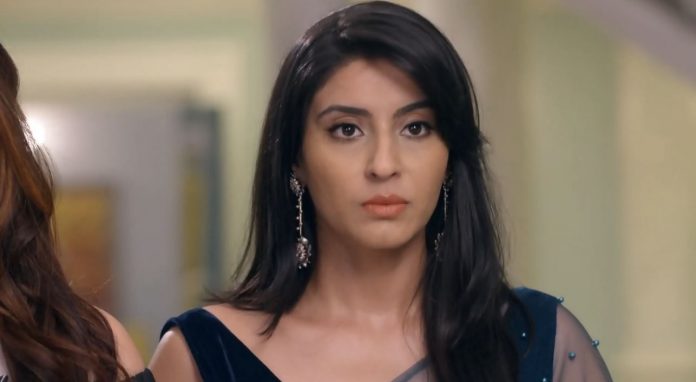 Kumkum Bhagya 11th December 2020 Written Update Rhea questions Ranbir Sarita plans a surprise for Pragya. Pallavi joins Mehra family. She learns that Abhi isn’t there. Pallavi tells them that she wasn’t well, Ranbir is worried for her health. She wants to fix everything. She wants to bring Ranbir and Rhea together. She tells them about the alliance. Raj tells that Vikram will be Abhi’s relative now. Aaliya tells that Abhi will definitely agree.

She loves him that he has agreed to move on in life. She is very excited for his marriage. She tells that she can also show her mom to Prachi. She asks him to bond with Meera. She goes to make preparations for his engagement. Abhi feels disheartened. He has lost Pragya and the sorrowful feeling just aches his heart. Rhea gets glad to meet Ranbir and his family. Pallavi congratulates her for Abhi’s engagement.

Later, Abhi meets Kohlis and hides his sorrow. Vikram wants to talk to him and grows curious. Abhi had told him about meeting Pragya. Pallavi tells Abhi that she has come to give him a good news, about Ranbir and Rhea’s marriage fixing. Abhi happily agrees for the alliance. Vikram is worried for Abhi, who is hiding his real feelings. Rhea confesses her feelings to Ranbir. She asks Ranbir if he likes her. Ranbir wants to shout out his love for Prachi. He is helpless because of Pallavi. He is bound to his promise to Pallavi.

Ranbir gives his nod for the marriage with Rhea. Rhea gets happy with his consent. Pallavi congratulates Rhea. Vikram asks Abhi why isn’t he happy. Abhi tells that he is much happy for Rhea. Rhea asks Abhi to ask Meera for shopping. Meera cares for him and asks him to have coffee. Abhi misses Pragya. He refuses to have the coffee. Vikram senses Abhi’s sorrow and feels the happy Abhi is missing. Dadi also feels Abhi and Ranbir are unhappy with their alliances. Dadi knows Abhi loves Pragya.

She wonders if Ranbir loves someone else. Sarita takes Pragya for shopping. They come to the shopping mall. They get into a clash with some goons. Prachi argues with the goons. The goons try to keep their identity hidden. Pragya suspects them. The goons visit the jewellery with a robbery intention. The jeweller trusts Tony, who is his employee and also a gang member. He wants the jeweller to not doubt his friends. Pragya also visits the same jewllery store in the shop with Sarita.

Pragya asks Prachi not to react angrily always. She tells that she shouldn’t get into a problem, the men looked really odd, its unsafe to argue with them. Abhi gets Rhea and Meera to the same mall. Abhi asks them to finish shopping and make payments. Rhea wants him to stay with them. Abhi tells that he will meet the store owner and some. Ranbir sinks in darkness of sorrow after losing Prachi. He can’t forget Prachi. Prachi’s memories, their love moments and vows make Ranbir restless.

On the other hand, Ranbir meets Aaliya, who asks him to attend a meeting on Abhi’s behalf. She wants him to get involved in business since he is going to become a part of Mehra family. Ranbir wants to get rid of the inner conflicts. Tony tells his friends that he has won the jeweller’s heart and his jewellery by faking loyalty and sincerity. The goons want the rob the entire necklace. They discuss their plans. Abhi meets the jeweller. He tells that he has come to buy jewellery for Meera. He tells the jeweller about his would be wife and daughter. The jeweller sees Pragya and Prachi instead Meera and Rhea. Jeweller calls Pragya there to show the jewellery. Abhi and Pragya sense each other.

They have a hit and miss at the mall, when they get separated by a mere pillar in between. Sarita and Shahana get into an argument with the manager to get a gold chain repaired. Jeweller asks manager to attend Abhi’s family. Manager rushes to show the antique jewellery to Abhi’s would be wife. He assures Sarita that he will get the chain repaired. Tony learns about a rich man Abhishek Mehra coming in the mall. He has no idea about him. He finds about Abhi on the internet. He gets a new plan in his mind.

The robbery and captivity twists will be bringing Abhi and Pragya close? Will Ranbir also land in the mall at the same time to rescue Prachi, leaving Rhea behind? Keep reading for some exciting twists in the dragged long separation drama. Stay tuned for our next post on this show.

Reviewed Rating for this particular episode Kumkum Bhagya 11th December 2020 Written Update Rhea questions Ranbir: 4/5 This rating is solely based on the opinion of the writer. You may feel free to post your own take on the show in the comment section below.