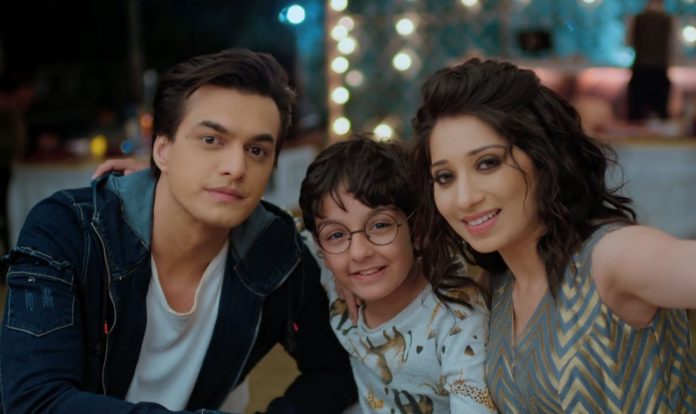 She trusts him. He asks her to come back soon after fixing the problems. He doesn’t want to tell her the truth of Goenka family issues and trouble Naira further. He hopes that everything gets well soon. Naira can’t stay separated from family. Riddhima feels happy when she is called as Kartik’s wife. Kartik thinks Riddhima will understand about the booking. Riddhima gets dreaming of taking Naira’s place in Kartik’s life.

On the other side, Dadi gets hyper noticing the bad omen when the lamp flickers. She shares her concern with Suwarna. Gayu and Surekha make a team against Dadi. They feel Dadi worries for Kartik a lot, no one else. They don’t like Dadi’s attitude. Dadi reprimands Gayu and Surekha for making Kartik leave. Gayu tells that she didn’t ask Kartik to leave.

She wanted to leave to avoid Dadi’s taunts. Dadi feels unwell when Gayu argues with her. Gayu doesn’t give up. Suwarna tells about Dadi’s fast for Kartik. Dadi tells that fate is testing them. Manish asks her to accept the fate and not trouble herself. Naksh and Manish try to console Dadi. Naksh tells Dadi that she has to stay fine until the children come back. He tells that she is hurting herself, she should be fine to see her children coming home.

Surprisingly, Kartik comes to protect her, which makes her fall for him. Riddhima finds Kartik a good person, unlike her husband who used to disrespect her. Riddhima wants Kartik in her life. Meanwhile, Lav and Kush try to give a lesson to Vansh to make him feel guilty and admit the truth. They tell Vansh that he can’t run away from himself. Vansh tells that he wants to talk to Kairav and tell the entire truth. They get hopeful that Vansh will clear Gayu’s misunderstanding. Naira is at home admiring Kartik. She awaits him.

Riddhima requests Kartik for a selfie. She finds her family back. Kartik takes Naira’s favorite icecream home. He shares an icecream moment with her. Dadi tells Kirti that she doesn’t understand why Kartik and Naira look tensed on the video call. She feels they are faking happiness. Kirti tells that the separate living would be upsetting them. She adds that they will not come back until Gayu calls them. Dadi tells that the problem would be something else. Naksh realizes that Dadi is sensing Kartik and Naira’s problems.

Riddhima gets upset on seeing Kartik and Naira together. She imagines herself with Kartik. Kartik tells Naira that she will soon meet Kairav. They spend time. Later, Kartik and Naira talk to Lav and Kush and make their morning special. Lav calls them home. Gayu gets to hear their conversation. She gets more insecure. Kartik wants his brothers to look after the family. Naira tells that Surekha would be happy to get her sons back. Kartik gives a hope that Naira would also get her son back soon.

Reviewed Rating for this particular episode Yeh Rishta Kartik new lover 11th December 2020 Written Update: 3/5 This rating is solely based on the opinion of the writer. You may post your own take on the show in the comment section below.