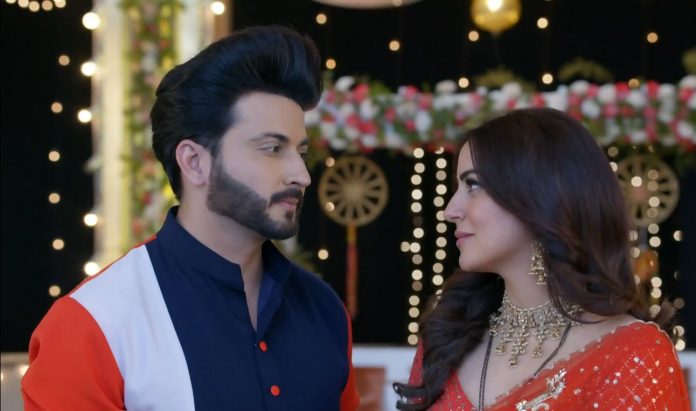 Kundali Bhagya 15th December 2020 Written Update Surprising twist Preeta returns home at night. She wants to know if Karan went to sleep. She finds Karan sleeping. She doesn’t want to disturb his sleep. Karan wakes up and gets a surprise on seeing her back. Karan teaches her to sleep on the bed by making her hand a pillow. He flirts with her. Preeta argues with him on his over smartness.

He tells that he will give her the chance to sleep on the bed if she gets the pillow back. She agrees to him. She asks him to remember his promise. While she goes away, he locks the door and teases her. He tells that she will sleep outside the room. He tells that he missed her so much that he got upset with her since she has come too late.

Karan embarrasses Preeta by telling the family about Preeta’s romance excitement. Preeta gets shy. Kritika suggests that Karan and Preeta should be sent on their honeymoon. Rakhi likes the idea. She tells her that she is a good mother and keeps her duties. She asks Preeta to guide Karan to take up responsibilities. She doesn’t want Preeta to make ego win. She tells that ego should lose and love should win in a marriage. Preeta tells Rakhi that Karan and she are good friends, they have no major fights, just little fights keep on going all day. Rakhi asks her if she likes to spend time with Karan.

Preeta refuses, but her expression shows that its her yes. Rakhi realizes that Preeta is willing to go on a honeymoon with Karan. Kareena reprimands Sherlyn for supporting Mahira. She changes her tone after scolding them. Rakhi takes Sameer and Kritika’s help in booking a honeymoon package for Karan and Preeta. She wants her children’s happiness. She books the honeymoon suite in Manali. Mahira lies to Kareena to brainwash her.

Preeta closes her eyes and gets shy. She tells him that she doesn’t want to see him. He tells her that he has shut the door so that just she can see hi exclusively. She gets stressed when he fulfills the challenge. She tells him that she has no interest in seeing him naked. He teases her a lot. She apologizes to him when he teasingly catches her. She realizes that he is already wearing a bathrobe.

He laughs at her innocent shyness. She reprimands him for the torture. He tells her that she can really see him as she wants, he is her husband and she is his wife. She tells him that she was assuming him to be wearing nothing. He tells that he didn’t mean such, he told her that he is coming out in the birthday suit, that’s his bathrobe. They have a fun banter. She tells him that he is taking revenge. He tells her that she made him sleep in the living room, and this is his answer. Girish calls them for tea. Karan likes to be called Preeta’s husband. Rakhi plans the surprise and wants to reveal it to Karan and Preeta.

Reviewed Rating for this particular episode Kundali Bhagya 15th December 2020 Written Update Surprising twist: 5/5 This rating is solely based on the opinion of the writer. You may post your own take on the show in the comment section below.