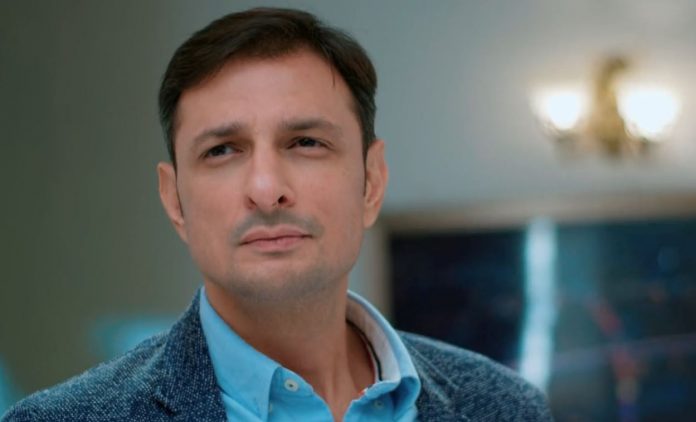 Anupama 14th December 2020 Written Update Anirudh returns Anupama tells Leela that she just wants to work for the sake of the family. Leela asks how will she manage the family and work altogether. Anupama tells that she wants to handle the expenses without taking anyone’s help. Devika tries to arrange a job for Anupama. She hopes that Anupama joins the school as a teacher again. Kinjal finds Rakhi tempered. Rakhi rages that Anupama will come to beg her once again. She wants Anupama to come to her door and plead for the alliance.

She wants to wait for Anupama and Vanraj. Samar is upset because of Anupama. Nandini tries to know the matter. He wants a job. Nandini tells that she already tried to arrange a job for him, without waiting for him to ask for her help. He is thankful. He tells that Paritosh is depressed, he vents out his frustration on Anupama, because Vanraj isn’t there. He adds that Rakhi is going to send Kinjal to the US, Paritosh isn’t able to meet her. She asks him not to leave his brother alone when his reaction is natural at this time. He takes her advice. She knows the meaning of loneliness and depression.

On the other hand, Vanraj is upset seeing the hotel food again. He asks Kavya to cook something at home. She tells that she just returned from the office. She doesn’t want him to compare her with Anupama. She agrees to prepare something for him. They have a moment, which breaks by Anirudh’s return. Anirudh knew Vanraj will be at his house. He expected it already. Anupama consoles Paritosh, who doesn’t listen to her. He blames her for all the problems. He tells that Vanraj has gone with his lover and ruined his son’s love story.

Samar tries to defend Anupama who isn’t at fault. Paritosh threatens to ruin his life if he loses Kinjal. Samar doesn’t think Vanraj will fix anything. He asks Anupama to meet Rakhi and talk to her. She tells that Vanraj will also accompany her, they are Paritosh’s parents and will meet Rakhi. Anirudh occupies his house. Kavya yells at him asking him to get lost. Vanraj loses his cool, showing more right on Kavya and the house.

Vanraj feels insulted when Anirudh tells that they can stay as a happy family. Anirudh occupies the bedroom. He finds ways to insult Vanraj to make Kavya realize his mistake. Vanraj expects Kavya to support him and make Anirudh leave. Kavya gets stuck when she finds them arguing. Anirudh tells that he doesn’t care if Vanraj stays in his house. He wants Vanraj to remember that nothing can help him at this time. He threatens to expose their affair. Vanraj blames Kavya without listening to her. He tells her that he left his house because of Kavya and now he will be leaving her house because of Anirudh.

He tells that he will not play Ludo with Anirudh and lose. He feels she has made his life so pitiable that he has to change his mind. She fears that he will not come back. Vanraj returns home to meet Anupama and discuss about Paritosh. Anupama and the family have dinner. Vanraj meets them which becomes a surprise for Leela.

He tells that he has come for Paritosh’s matter. He feels hungry seeing the delicious food served. Leela wants him to join them for dinner. Vanraj just wanted them to invite him. Anupama serves the food to Vanraj. Vanraj tells Anupama that they will go and meet Rakhi for the sake of Paritosh’s happiness. He likes the food a lot.

Anupama doubts that he has come home for the discussion. She rather feels that he was missing the food and came home. Hasmukh knows that Vanraj deserves the pity, since he doesn’t get proper food at Kavya’s house. Anupama tells Samar that she has humanity, she wants to serve good food to Vanraj. Samar doesn’t think his dad deserves anything. Kavya’s call makes Anupama upset.

Vanraj finds odd to take the call. Anirudh provokes Kavya against Vanraj. Kavya asks him why can’t he see her happy. She feels Anupama and Anirudh are the villains in her life. Anirudh tells that Vanraj showed attitude and left, knowing he is wrong himself. He bets with Kavya. He tells that Vanraj will go back home instead having a stay at any hotel. Vanraj realizes his mistake of leaving his family. He feels sorry that his life has got so uncertain. In the upcoming episode, Kinjal goes missing. Rakhi confronts Anupama about it. Paritosh and Kinjal elope. Rakhi threatens to get Shah family arrested.

Reviewed Rating for this particular episode Anupama 14th December 2020 Written Update Anirudh returns: 5/5 This rating is solely based on the opinion of the writer. You may post your own take on the show in the comment section below.