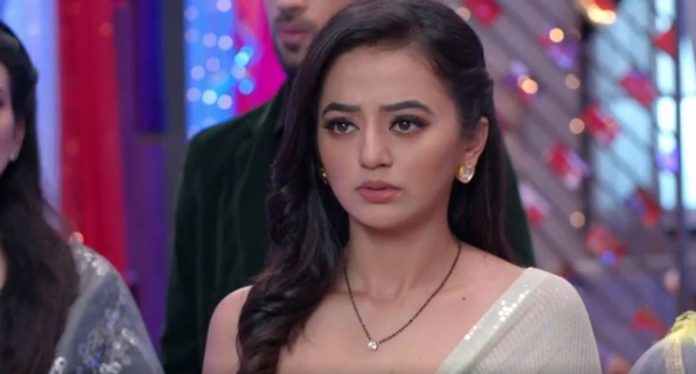 Ishq Mein Marjawan 23rd December 2020 Written Update Resident evil Riddhima’s life falls in danger. Vansh just scares her for life by his regular taunts that maybe the meal gets the last one for her, or maybe she won’t be able to live with the family again. He just wants to test her and also know her association with Kabir. Kabir learns that Vansh’s duplicate would be planning something. He gets a proof against Vansh, and assumes him to be Vihaan.

Riddhima also shows loss of faith towards Vansh once again. She hears half of his conversation and misunderstands him. Vansh plans a big surprise for the family on Christmas eve. Kabir takes an advantage of Vansh’s planning. He wants to target Riddhima. It gets revealed that Riddhima was actually at Kabir’s target. Kabir was the who had made the timer bomb to kill Riddhima and also harm the family. Kabir becomes the deadly Santa. He meets the family in disguise of Santa and offers them loads of fun and gifts.

The family is happy thinking Santa is part of Vansh’s surprises for the night. Kabir tells that he will give the firstmost gift to Dadi. Riddhima has no idea about his plans. She doesn’t even know about the timer bomb chip in her sandals. Kabir had replaced the sandals cleverly. Kabir gives the gifts to everyone. Riddhima wants ti check the gifts and save the family. Vansh saves Riddhima by throwing her sandals away in time.

He reveals that the Santa had the bomb remote in his hands, any disaster would have happened with Riddhima if he hadn’t been there on time. He tells that Santa wanted to kill Riddhima, but thankfully he has snatched the remote control from the Santa and ruined his plans. He tells that he will take off the mask from the evil person and show them the harsh and ugly truth of their family member, the only and only resident evil Kabir and his evil mother Anupriya. Vansh tells that he knew that they all are eager to see the evil guy’s face. He asks them how would they react now and punish Kabir.

Anupriya replaces Kabir in time and takes the blame on herself. Kabir tries to prove Anupriya innocent, but she takes a big move in anger. Anupriya thinks to pull up an emotional drama and get free from all the blames. She thinks Vansh and Dadi will come in her words and forgive her once again. Vansh doesn’t spare her this time. He goes on to reveal her biggest mistake that she had killed his mother Uma. He compels Anupriya to accept that she had killed Uma. Anupriya gets helpless when Vansh threatens to kill Kabir.

Anupriya admits that she had killed Uma and can kill Riddhima as well if Riddhima insults Kabir. She doesn’t get forgiven by the entire family, who begin to hate her. Dadi asks Vansh to get Anupriya arrested. Vansh asks Kabir to arrest his mom and do his duty. Anurpiya wants Kabir to play clean and stay back. Kabir comes up with an emotional speech to get saved. He acts that he didn’t know about his mom’s crime. When Vansh ousts Anupriya and Kabir from the house for her arrest, she loses control and shoots Vansh in the presence of all the family members.

Riddhima saves Vansh once again when she realizes the truth that Vihaan is Vansh. Vansh admits to her that he is the real Vansh. Riddhima sacrifices herself for Vansh’s love. Vansh rushes to save her. The family is much shocked to know Anupriya’s ugly truth and her new crime. Will Kabir get ousted from the family this time or will he fool them around again? Keep reading.

Reviewed Rating for this particular episode Ishq Mein Marjawan 23rd December 2020 Written Update Resident evil:4/5 This rating is solely based on the opinion of the writer. You may post your own take on the show in the comment section below.