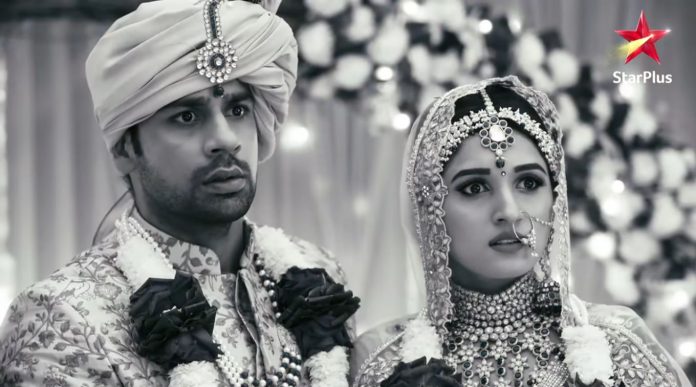 StarPlus Anupama Paritosh Kinjal wedding twist Upcoming Pakhi is happy that Vanraj would be staying with them for two days. Hasmukh knows that Anupama is upset, she is doing a tough task. She tells that a mother has to do tough things for the sake of children. Paritosh and Kinjal get to see the family efforts. He is upset because the family turned down Rakhi’s offer. Kinjal offers help to Anupama. Anupama tells that Paritosh reminds her of an old relative, who kept an upset face in the marriage function. She wants them to keep good memories of their marriage. Anupama wishes her family stays happy and doesn’t suffer ever.

Rakhi plans to bring a storm in their lives. Rakhi has an evil plan on her mind. She wants to take down Shah family by striking on their weakness. Vanraj arrives home and gets into an argument with Anupama. She gives him a fitting reply that she isn’t of low level like him. He tells that he is quiet just for Paritosh’s sake. She tells that the reason is same for him as well. Kavya is disturbed by Vanraj and Anupama’s relation. Paritosh and Kinjal happily celebrate their Sangeet. Kinjal tells that the family belongs to her now. Samar has all his heart for Nandini.

He wishes that she understands his love. Nandini gets to see his sweet gesture, but gets quiet. She isn’t able to move on soon, after getting ditched in love before. Leela asks Kinjal if Rakhi is coming on time. Rakhi and Pramod arrive just when Leela mentions. Rakhi intentionally hurts Anupama as an answer to Leela’s taunts. Anupama forgives Rakhi when the latter apologizes. Rakhi shows her attitude once again. She learns that Leela had thrown the newspaper in the morning. Vanraj doesn’t want the news to be discussed.

He clears that Paritosh will not become the MD of Rakhi’s coaching institute. Rakhi doesn’t deter her actions. She asks Paritosh about Kavya, his so-called Choti Maa. She asks them to give some respectable name to the illegitimate relation of his father. She tells that Vanraj will some day marry his girlfriend and then everyone will get related to Kavya. Leela knows Rakhi is deliberately spoiling things for them. She loses control and finally slaps Rakhi. She threatens to bash up Rakhi when she misbehaves.

But Leela’s daring act is just her dream. Rakhi tells that she wants to make Vanraj and Anupama dance on her tunes. Kinjal wants Anupama to begin the celebration. Leela tells that Kinjal has become sensible by staying in their family. Rakhi asks Anupama to perform with Vanraj. She reminds their earlier performances, which brings tears in Anupama’s eyes. Kinjal tells that Anupama doesn’t need anyone, she is enough alone. Anupama performs for Kinjal’s sake. Rakhi wants to ruin her enemies without letting them know her plans.

Reviewed Rating for this particular episode StarPlus Anupama Paritosh Kinjal wedding twist Upcoming:5/5 This rating is solely based on the opinion of the writer. You may post your own take on the show in the comment section below.