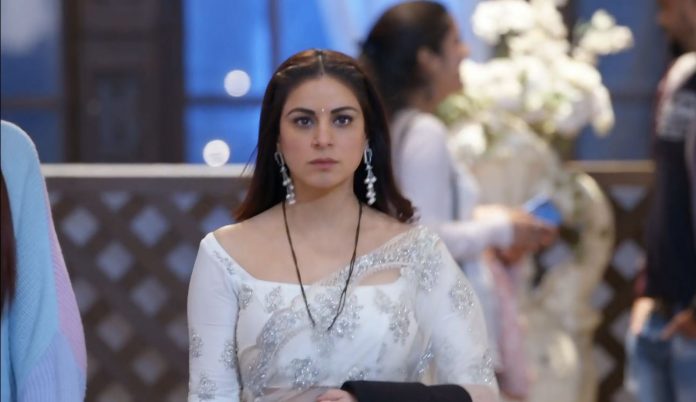 Kundali Bhagya 29th December 2020 Written Update Preeta banging move Karan returns home with Mahira, while Rakhi grows curious to know about Preeta. Kareena wants to know it from Mahira. Karan tells that he has left Preeta at the hotel. He narrates the entire incident of the drunken state and unplanned intimacy. The family is shocked when Karan admits his mistake. Preeta, Shrishti and Sameer arrive home. Karan apologizes to Preeta and admits that he was with Mahira last night.

He feels he has given her rights to Mahira, which is a big mistake. He worries for Mahira’s future. He tells that he has to marry Mahira now as a part of repent ance. He asks Preeta to leave from his house. Preeta sheds tears of sorrow. She tells that she knows everything and has forgiven him. Mahira asks Preeta not to blame her for anything. Preeta blames Sherlyn and Mahira for planning to spike Karan’s drink. She tells that Mahira wanted to snatch Karan from her. She rebukes Mahira for stooping low and intoxicating him.

She exposes Mahira’s plans. Mahira tells them that the situation was wrong, she had even called the family members to speak to them, but they didn’t answer her calls. Sherlyn tells that Mahira had tried to stop Karan, she isn’t at fault, she loves Karan and was about to marry him. Sherlyn blames Preeta for sending the legal notice to the family. She lies that Preeta is responsible for Mahesh’s condition. It gets painful for Preeta.

She tells that she had married Karan just to save Mahesh from Sherlyn and Mahira. She reveals their evil crime. She exposes Sherlyn who had hurt Mahesh even on Holi festive day. She tells that she didn’t cheat anyone. She asks Karan not to believe them. She doesn’t want him to feel guilty. She clears her name that she didn’t send any legal notice to her in-laws. Mahira wants Preeta to stop poisoning the family and just go away. Preeta tells that she will never leave the house. Karan supports Mahira. He asks Mahira to marry him.

He wants Preeta to leave. This horrible scene is just Sherlyn’s daydream. Sherlyn wants Karan to just marry Mahira. Preeta tells Shrishti that they have to stop Mahira from tricking Karan. She tells that Karan is imagining her in Mahira. She wants Shrishti to find some way. She tells that the tab has internet connectivity, they can really find some way to stop Mahira. Shrishti tells that they can contact the police. They inform the police.

The police raids the hotel. The inspector mistakes Mahira for an escort, knowing that Mahira isn’t Karan’s wife Preeta. The inspector catches Mahira red-handed for trying to bed Karan when she isn’t his wife. Mahira tells that she is Karan’s wife, though she has no proof of their relation. She wants Karan to get up and testify in her favor. The police arrests Mahira. Mahira gets defamed as an escort when the media reaches there to cover the raid.

She goes mad at the media person. She reaches the police station. She threatens the police by showing her influence. The inspector doesn’t care when Mahira misbehaves. Mahira gets a chance to call anyone for help. Inspector tells that Karan was intoxicated by Mahira itself, Mahira can never prove that she is Karan’s wife. She asks Mahira not to lie further. Mahira wants to call Kareena for help. Kareena doesn’t answer the call. Mahira misses to get any help from Ramona as well. She wishes Sherlyn comes to her help.

Preeta and Shrishti get free from Sherlyn’s clutches. They get to see the inspector’s call on Sherlyn’s phone. They change the plan. Preeta speaks as Sherlyn and tells Inspector that she will be coming to tell about Mahira. She wants to teach a lesson to Mahira. Mahira tells that she is Karan’s wife. She is shocked when Preeta arrives at the police station to prove her wrong. Sherlyn realizes that Preeta has failed her plans. She is hugely shocked. Preeta proves herself as Karan’s wife.

Reviewed Rating for this particular episode Kundali Bhagya 29th December 2020 Written Update Preeta banging move:4/5 This rating is solely based on the opinion of the writer. You may post your own take on the show in the comment section below. 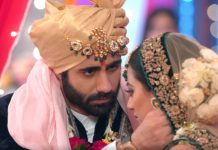