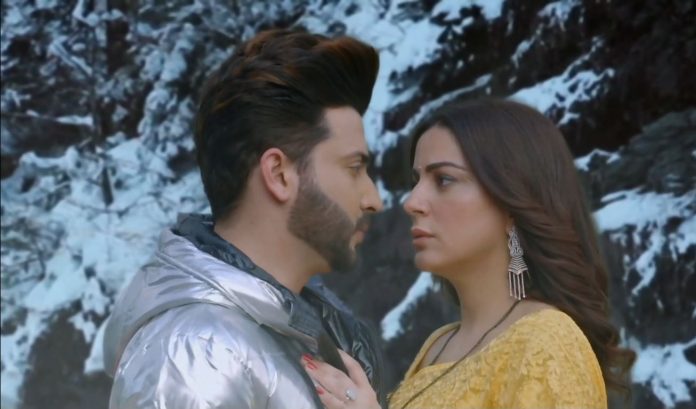 Kundali Bhagya 1st January 2021 Written Update Shocker for Karan Preeta tells Karan that she will not spare his fans if anyone tries to get close to him. He tells that he didn’t expect this from her. She tells that she has saved him from Mahira. He tells that Mahira was really there at the resort. He doesn’t remember anything about the night. He tells that Mahira was in trouble, he saved her from some eve teasers, he took Mahira to their room for her aid and then she insisted him to have water.

They get into a moment. She controls her feelings. She tells that he shouldn’t propose her in a taxi and hurt her self-respect. She gives him a hint that she wants a good proposal from him. Sameer wants to plan the proposal nicely to get her approval. He loves Shrishti a lot. Preeta asks the driver to stop the car. She gets Karan away to tell about Mahira. She tells him that he can’t forget everything about the bad night.

Karan tells her that he trusts her. He wants her to always save him from such evil-minded girls. She is glad that he came to his senses. Kareena gets Sherlyn and Mahira home. She feels she did a mistake to send Mahira after Karan. She is much disappointed. She feels she won’t be able to save herself from Bani and Rakhi if the matter comes out. Rakhi welcomes them home. She was stressed that Mahira went to Manali. Sherlyn lies to Rakhi that she had some weakness. Rakhi asks Sherlyn to take some rest. She thanks Mahira for taking care of Sherlyn.

She is also glad that Kareena thought well and sent them for a good change. She trusts Kareena. Kareena lies that everything is fine. She asks Mahira to hide the matter. She tells Mahira that she had got the cable connection cut so that Luthra family doesn’t see the Manali news. Karan and Preeta reach the town. Karan finds Akshay alone and wants to know where is Kritika. He calls Kritika to tease her. Akshay tells that he has come to town in the morning. He tells that he will marry Kritika soon. Sameer drops Shrishti home. She is much thankful to him.

Sarla confronts Shrishti for her outing. Janki too rebukes Shrishti for not informing them before going out. Sarla tells Shrishti that she was much scared for her safety. She asks Shrishti where did she go in an urgency that she couldn’t update them. Sameer returns to them to return Shrishti’s phone. He asks Sarla not to get angry on Shrishti. He reveals that they had gone to Manali to save Preeta from Mahira and Sherlyn. He tells the big game played by Mahira to win Karan. He tells that they had gone to Manali to help Karan and Preeta.

Shrishti reveals how Mahira and Sherlyn attacked them and kidnapped them, but thanks to Preeta’s smartness, they were able to save Karan. Janki and Sarla praise Preeta and Shrishti’s bravery. Sameer is thankful to Shrishti. He clears Shrishti’s name. Sarla forgives Shrishti. Kareena wants to stop Preeta from revealing the incident to Bani and Rakhi. She doesn’t want Preeta to know her involvement. She tells that she had lied to Rakhi and Sameer was there at that time. She knows that Sameer had caught her lie. She fears that Sameer can expose her involvement. Preeta and Karan arrive home with Kritika. Will Preeta tell the truth to Rakhi? Will Mahira face Karan now? What do you think Preeta should do next? Keep reading and comment your opinion below.

Reviewed Rating for this particular episode Kundali Bhagya 1st January 2021 Written Update Shocker for Karan:5/5 This rating is solely based on the opinion of the writer. You may post your own take on the show in the comment section below.