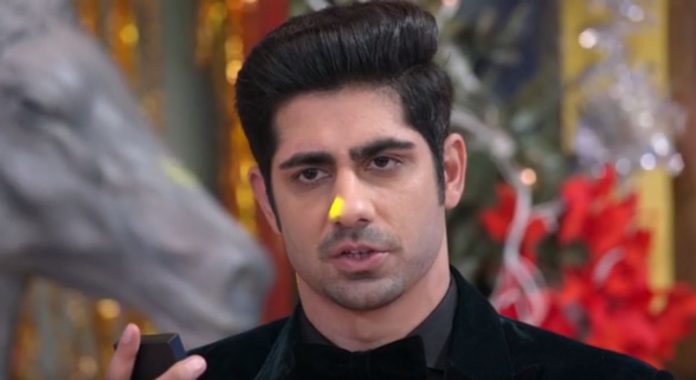 Ishq Mein Marjawan 2 Upcoming Vansh challenges Kabir Riddhima tries to reason out to Vansh that she can’t kill anyone, but its about proving her love, then she will be killing the devil Kabir. Vansh doesn’t think he is asking anything much from her, since Kabir is already a devil and its fair if Riddhima kills him. She tells him that she will not let her love fall in his eyes. She tells that love has always charged a big price to her, she will pay a price even this time when Vansh wants her to commit a crime like murdering someone.

She can’t take any life, but wants to prove it to Vansh that she can cross any limits to win him back. She tells that she can’t live without Vansh and his love. Riddhima feels she deserves this punishment that she has to kill someone. She had cheated Vansh. She is ready to pay any price. She decides to kill Kabir and then shoot herself. She can’t live with the burden of someone’s blood on her name. Vansh awaits for Riddhima to prove her love. He wants to see Kabir dead.

Kabir is already warned by Ahana that Riddhima may kill him any time. He stays prepared when she reaches to shoot him. Kabir engages Riddhima into a tug of words. He tells her that she had cheated Vansh, who is now demanding her to kill him to prove her love. He tells her that Vansh is worse than her to make her murder someone. He reminds that he never forced her to kill anyone. He asks her to know that every decision was just of her, he never compelled her and left her to decide. He tells her that she can’t blame him alone, she is more at fault than him. He puts her into a huge guilt. He knows that she isn’t a criminal to shoot him.

He urges her to follow her heart. He tells her that he can never shoot anyone. She tells him that he is the one who came into her life as a good person and then changed her entire life. She tells that he had no right to decide her fate, but he did that for his selfish motives. Kabir provokes her to shoot him if she wants to fulfill Vansh’s condition. Riddhima gets shaken up. She doesn’t shoot him. Vansh gets mistaken to find Kabir unconscious. He thinks Riddhima has shot Kabir. He feels Riddhima has proved her love. Kabir mocks Vansh.

He laughs on Vansh for the huge misunderstanding. He hurts Vansh’s heart by telling him that he is Riddhima’s first love, who will always hold a special place in her heart. He tells that Riddhima can never kill him. Vansh is raging on hearing the provocative nonsense from Kabir. Kabir tells Vansh that the latter is cursed, he can never get love from any woman in his life. He tells that Vansh has lost his mother, then his girlfriend and now his wife.

He tells that Vansh will never have love in his life and stay lonely. Vansh tolerates the humiliation. Vansh tells Kabir that he will end the chapter his way by punishing Riddhima and Kabir for their deceive. He wants to prove that he doesn’t spare any betrayers. He tells Kabir that he will show his revenge fire, which won’t be easy to handle for Riddhima and Kabir. Vansh doesn’t forgive his enemies. He gets against Riddhima. What will Riddhima do to win Vansh’s trust? Will Ahana further create rifts between them? Keep reading.

Reviewed Rating for this particular episode Ishq Mein Marjawan 2 Upcoming Vansh challenges Kabir: 5/5 This rating is solely based on the opinion of the writer. You may post your own take on the show in the comment section below. 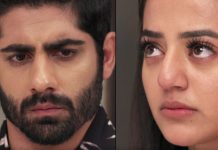 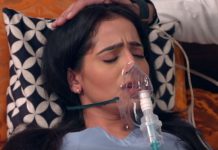 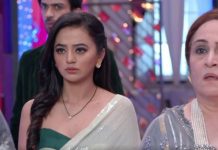