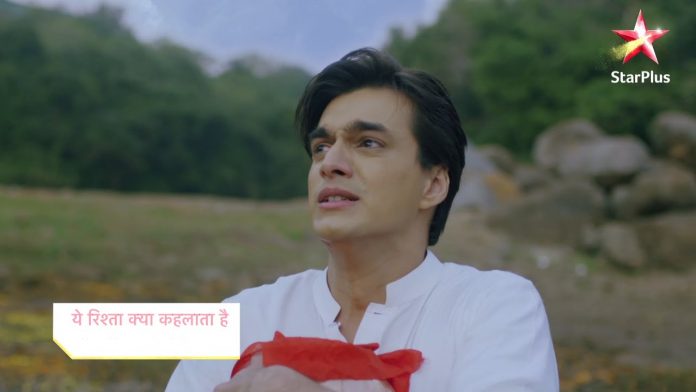 Yeh Rishta Naira last rites 6th January 2021 Written Update Naira urges Kartik to leave her and go to their children, who are crying a lot for them. She wants either of the parents to be with their kids. She tells Kartik that he needs to do duty of both the parents for Kairav and Akshara. Kartik feels so helpless that he isn’t able to save her and is watching her die in front of his eyes. He can’t imagine life without Naira. They both have a love confession moment.

She tells him that no matter where she stays, they will always be together. Kartik gets enough of the emotional moments. He decides to save her somehow. The family comes up with a plan to suspend Kartik into the cliff side by the ropes and make him raach Naira. Naira compels Kartik to just get down the bus and save his life. Kartik wants to live with her and die with her. She wants him to remember his responsibilities towards the family. She stops him from falling weak. Naira prepares to die when the bus slips more into the cliff side.

Kartik surprisingly reaches her in time and takes her out of the bus before the glass pane breaks down. Kartik and Naira’s safe return becomes the happiest thing for the family. The family feels Kairav’s prayer is answered, that Naira got saved from the death. Naira feels so happy with a new hope coming to her in the form of the new life given by Kartik. She rejoices on meeting her family. Her happiness is short-lived.

She soon realizes that fate isn’t going to spare her, she is destined to die on the same day when she finds the cliff edge slipping down. She can’t take help from Kartik, who is just beside her. She prefers to save Kartik first. She falls down the cliff, which becomes the biggest shock for the family. Their newly revived hopes shatter in a moment. Kartik’s momentary happiness gets drained. Kartik shouts for Naira. The family breaks down into tears, while protecting Kartik. Naira falls into the deep cliff. Manish and Kartik call the rescue team. The police reaches there and find out about Naira’s accidental fall.

They break Kartik’s hopes. They tell that Naira would have died by now, there is no chance that she will survive the deadly fall into the cliff. Kartik can’t accept that he has lost Naira. He goes mad in rage, depression and fears that he has lost his life in the form of Naira. Kartik fails to find Naira alive. Holding her memories, he is forced to perform her last rites. He feels Naira has left him midway in a life where he can’t live a single day without her. How will Kartik live without his soulmate? Will Naira return to Kartik for the sake of their eternal love? Keep reading.

Reviewed Rating for this particular episode Yeh Rishta Naira last rites 6th January 2021 Written Update: 3/5 This rating is solely based on the opinion of the writer. You may post your own take on the show in the comment section below.