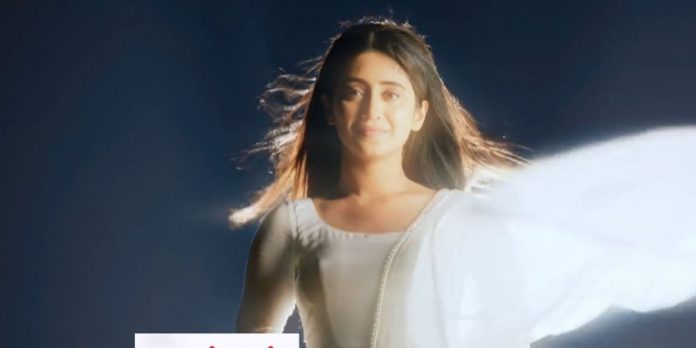 Yeh Rishta Kartik meets Naira 9th January 2021 Written Update Manish has broken Kartik’s trust to bring him home. He tells Naksh and Akhilesh that Kartik will never be happy with them to know how they had brought him home against his wish. Kairav wants Kartik to recover and rush to the cliff to find Naira. Kartik fears of losing Naira. He gets a nightmare that he lost her. He wakes up in shock to find himself in his bedroom. He sheds tears on finding Kairav beside.

He sees a smile on Kairav’s face. He feels Kairav is expecting Naira home. Kairav reminds Kartik of Naira by her lioness avatar. Kartik isn’t in good health, but wants to find Naira at any cost. Police informs Goenka family about finding a dead body in the cliff side, which resembles Naira’s description. They want Goenkas to come for the dead body verification. Kartik overhears the conversation with the police. Goenkas are in shock with the news. Kartik loses his cool. He wants to answer the police by completing the formalities and finding Naira.

He tells that police is just rushing to shut the case, they are presenting any random dead body to show them that its Naira. He doesn’t have faith on their verdict. He yells at the inspector for playing with his emotions and trying to break his courage. He tells them that he will rush with the formalities, he will not let them succeed in making false reports. He is much upset with Manish for siding with the police and cheating him to bring him home.

He tells them that he didn’t expect his family to get so selfish, as if Naira doesn’t matter to them. Manish is ready to bear Kartik’s hatred to keep him safe. Kartik enters the morgue room to find out about the dead body. He is pretty sure that Naira is alive, and police is bringing someone else in Naira’s place to trick him. Kartik is hugely shocked to see Naira’s bracelet worn by the dead body. He is shaken up and traumatized with the unexpected sight. He breaks down. The family members also realize that they have lost Naira forever, when they see Kartik coming with the bracelet. Naira is dead, and it gets confirmed by Kartik itself.

The police shuts the case by giving away the dead body to the Goenkas. Kartik gets depressed that Naira left him, knowing she was his life. He madly runs on the roads while her memories flash in his eyes. He doesn’t want a lifelong loneliness. He can’t believe that Naira’s sudden leaving has shattered all his dreams. He wanted her to be with him in his old age, while they share good and bad times. He feels he has lost all of it suddenly, his fate has played an unfair move and ruined him down. Suwarna calls Manish to know about Naira.

She gets mistaken on hearing his talk with Lav. She concludes that Naira is alive, Kartik is bringing her home. She gives the same news to the family. The Goenka family decides to plan a big welcome for Naira’s homecoming. They aren’t aware of Naira’s loss. Kartik finally reaches home to Kairav, who enquires about Naira. Kairav is heartbroken on seeing Naira’s bracelet. He wants to know from Kartik if Naira has left them.

Kartik and Kairav’s state gets inconsolable. Kartik madly loves Naira. His love gets proved by his traumatized condition. The Goenkas experience a shocking moment when they get to see Naira’s dead body. Kartik accepts Naira’s death, but doesn’t accept to live alone without her. Kartik chooses to end his life and die, so that he can unite with Naira in the heavens. Kartik reaches the cliff to jump down and die, but is stopped by a magical sight, when Naira appears to save his life. He faces a miraculous moment. Naira appears as an angel to guide him in the darkness, to push him towards the bright life. What do you think about the coming track without Naira? Comment below and keep reading.

Reviewed Rating for this particular episode Yeh Rishta Kartik meets Naira 9th January 2021 Written Update: 4/5 This rating is solely based on the opinion of the writer. You may post your own take on the show in the comment section below.