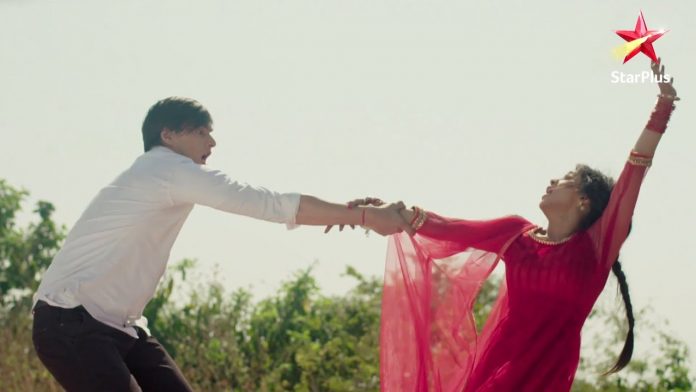 YRKKH Upcoming StarPlus Barrister Brahmarakshas Top 5 Shaurya aur Anokhi Ki Kahaani Anokhi runs from her marriage mandap. She lands at the Saberwal institute. She tells Shaurya that she has left her family and her marriage just for the sake of her studies. Tej, Shaurya and Shaan interview her. Tej asks her why is she speaking in Hindi when she has topped in English language. She doesn’t think that one should leave their national language.

Shaan tells Shaurya that Anokhi has been a topper, they should take her. Shaurya decides otherwise. He doesn’t find Anokhi suitable for the college. He rejects her application. She tells him that he should reject on the basis of her capabilities and talents, rather than her clothes, background and city. Shaurya tests her to reject her. Anokhi doesn’t deter. They both get rigid.

Renuka’s good news gets celebrated by Navya and Kusum. They call some guests home to celebrate. Renuka gets blessings from one and all. Sumitra is unhappy seeing Renuka’s smile. She can do anything to insult Renuka and Navya. She tried to break Renuka’s courage by telling the good news to the neigbors, but her plan falls flat when everyone congratulates Renuka.

Sumitra taunts Renuka for getting pregnant in this age, when her Bahu should have given them the good news. Sumitra tells that Navya is infertile. Renuka’s patience gets observed by everybody. Sumitra thought a big drama will happen. She compels Mukund to divide the things in the house. She tells that utensils, crockery, bedding and every commodity will be divided into two halves. Mukund and Renuka are much hurt to see the house partition.

Yeh Rishta Kya Kehlata Hai:
Kartik decides to end his life. He tricks the family. He doesn’t let them know that he is leaving the house. He leaves the house late night when Kairav falls asleep. He reaches the cliff, which reminds him that he couldn’t save Naira. He doesn’t want to live a painful life alone, without his life partner. He tells Naira that he is coming where she had gone. Naira’s voice stops him in the nick of time when he is about to jump down the cliff and end his life. Kartik meets his soulmate Naira’s soul and gets super emotional. Naira urges him to live his life for the sake of their children Kairav and Akshara, and also the Goenka family.

Barrister Babu:
Bondita gets a vital clue against Munshi, through which she learns that he is the culprit. Anirudh realizes that Saurabh’s picture is there in the locket. He tells that Munshi has been targeting him. Bondita gets to read Anirudh’s message that they have to catch Munshi red-handed in order to expose him. Bondita stumbles upon a shocking discovery. Bondita unmasks the evil Munshi and gathers proof against him. Munshi brainwashes Trilochan to get Sampoorna married to the house servant Bihari. Trilochan puts the condition in front of Sampoorna to marry Bihari if she wants to stay in the haveli. Sampoorna is traumatized.

Bondita finds Anirudh’s condition getting worse. She stops the girl from feeding the poisoned kheer to Anirudh. Bondita exposes Munshi and his aide’s evil plan of killing Anirudh. Bondita is happy that Anirudh is getting fine after the treatment for the poison. Bondita and Anirudh get a huge shock when they find Binoy married to Sampoorna. Sampoorna tells Bondita that she is her Saas from now. This truth strikes their relations. How will their relations change after Sampoorna becomes Bondita’s Saas? 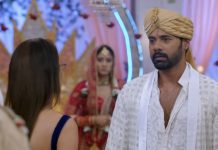