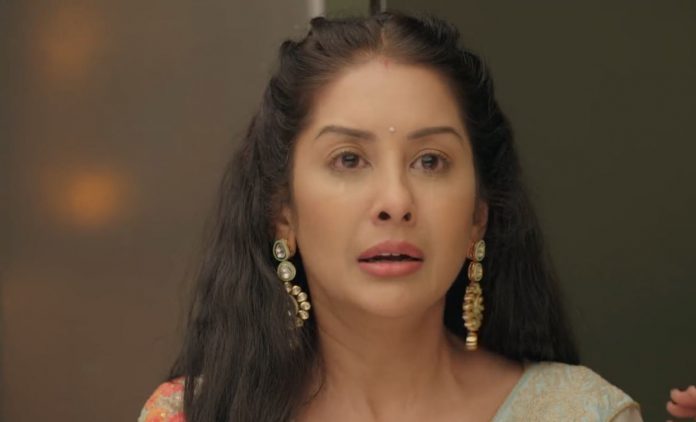 Yeh Rishta Gayu Kartik trauma 14th January 2021 Update Naira finally convinces Kartik that he has to return home to his family. She tells him that she doesn’t want to see his cry, but his smile so that she can remember his smile when they meet again. She surprises him with a beautiful sight to remember. She persuades him to return home and be with the children. Kartik agrees to her command out of love. He loves Naira to a huge extent. He tells her that he will just live for the sake of her love. Kartik knows that his family is much worried for him.

He finds himself once again while making a new start. He learns to smile by remembering Naira’s words. Kartik arrives home while the family is deeply worried for him. He tells them that he is back and would be taking care of his kids from now. The Goenkas believe that his change is positive, he has found himself once again and would bring life on track. Kartik takes care of his children by being their mum and dad. He gets too cautious and protective about them, because of the fear of losing them just like he lost Naira. He decides to lock up Naira’s memories and move on in life as a single responsible parent for Kairav and Akshara.

Time passes with Kartik putting big efforts to keep his children happy. After a short leap, Kartik is seen in his jolly self like before, though Naira isn’t with him. Kartik looks after the kids and his responsibilities. Dadi and Krishna can’t stay in the family without Naira and shift to the ashram. Rest of the family members are worried for Gayu’s growing guilt. Gayu is guilty that she couldn’t apologize to Naira. The guilt breaks her down. She keeps apologizing to Naira and feels that she has failed as a sister.

She wants Naira to come back once and forgive her. Gayu’s condition of trauma troubles Goenkas. The family knows that Kartik is also finding ways to console himself and pretending happy for the sake of children. Kartik encourages the kids to fly kites. He learns that Kairav isn’t at home. He panics and tracks Kairav. The family knows Kartik’s changed personality since he lost Naira. Kartik has got too alert about his children. Kairav writes a wish on the kite to get Naira back. He misses her. Moreover, Kirti visits the Goenkas.

She shares her sorrow about Naksh, who isn’t able to cope up with Naira’s loss. She knows Kartik is very strong mentally and has accepted Naira’s death. She wishes Naksh also shows the same courage. Kartik feels Kairav is seeking his help to fly the kite. He recalls the time when Kairav was asking him to save Naira. He goes crazy for the kite. He doesn’t want to lose anything related to the kids. He tells them that he will bring the kite at any cost. Kairav regrets to ask him for the kite. Kartik learns Kairav’s wish to get Naira back. He feels depressed that Naira is no more.

Reviewed Rating for this particular episode Yeh Rishta Gayu Kartik trauma 14th January 2021 Update:3/5 This rating is solely based on the opinion of the writer. You may post your own take on the show in the comment section below.