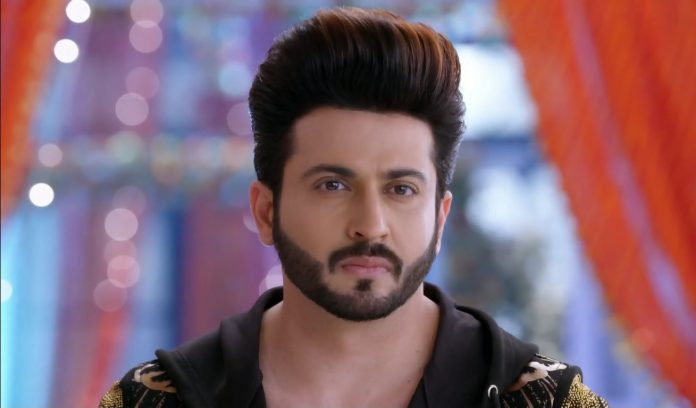 Kundali Bhagya 15 January 2021 Written Update Karan new change Preeta meets her family. She tells Sarla and Janki about Akshay’s cheat. Sameer and Shrishti also testify the same. Preeta tells them that Karan didn’t listen to her, Akshay has fooled everyone well. Sarla asks her why didn’t she tell Kritika. Preeta tells that she did the same, but Kritika didn’t listen. Sarla asks her not to do anything, let the marriage happen, let the other relations protect Kritika. She knows that nobody will trust Preeta.

She wants Preeta to save her respect and position in the family. She doesn’t want anyone to get against Preeta. She tells that Preeta shouldn’t bear the taunts. Preeta can’t close eyes to not see the wrong. She tells that she will fight for the truth, she can’t sit silent after knowing the truth. She doesn’t want to step back. Sarla blesses her. Preeta tells her that Kritika is important for her. Shrishti tells Preeta that Sarla was taking her test.

Sameer thinks Kareena would have scolded Preeta a lot if she knew the matter. Preeta greets the family and leaves. Sameer and Preeta come home. Kareena confronts Preeta about Akshay’s matter. She tells that she could have insulted Preeta, but she had controlled her temper. She didn’t wish to insult her Bahu in front of guests. Preeta tells her that she has really seen Akshay with Ruchika. Kareena warns Preeta against spoiling Akshay and Kritika’s happiness. Kritika tells that Preeta was just worried for her future.

Kareena insults Preeta’s upbringing and her values. She stops Karan from getting between the argument. She wants Preeta to stay away from Kritika’s marriage functions. Preeta breaks down into tears when Kareena threatens her. Karan has changed a lot because of Preeta’s love. He now blindly believes her. Karan tells Preeta that he will support her against Akshay, if he finds Akshay really wrong. Sherlyn and Mahira begin to fool Preeta so that Kareena ousts the latter from the house.

Kareena tells the family that Sarla always blames everyone just like Preeta. She asks Preeta to be thankful to marry in Luthra family. She wants Preeta to bring some class, and stop doing the cheap drama to gain their attention. She warns Preeta against ruining Kritika’s life by planting the seed of doubt in her mind against Akshay. Rakhi cries seeing Kareena insulting Preeta. Kareena tells that this time Bani and Rakhi won’t support her. Karan stops Kareena and supports Preeta.

Kareena blames Preeta for pushing Mahesh down the stairs and always troubling them. Karan tells that Preeta has no reason to accuse Akshay. Kareena tells that she doesn’t understand why Karan married Preeta. She reminds the old matters to the family. She tells that this time its about her daughter’s future. She doesn’t want any problem in the marriage functions. She tells Karan that he may regret it. Karan tells that he loves Kritika and doesn’t need to prove it to anyone.

He asks Kareena not to drag the matter. Kareena ousts Preeta from sight. Preeta breaks down into tears of sorrow. Kareena warns the entire family against planting issues in the functions. She doesn’t want anyone to support Preeta. Mahira meets Sherlyn and tells that Kareena has badly scolded Preeta. Sherlyn asks if any supporter of Preeta interfered. Mahira tells that Kareena had warned everyone against supporting Preeta. She tells that Preeta is still believing that Akshay is wrong.

Sherlyn tells that Preeta’s rigidness will make her make mistakes. She makes a plan to provoke Preeta against Akshay so that she makes mistakes and gets reprimanded by Kareena. Meanwhile, Karan tells Preeta that she isn’t wrong, she thinks a lot and makes random actions. She tells that she was thinking of Kritika. He tells that he can’t tolerate if anyone scolds her. He doesn’t want her to create any issues. She asks him to believe her.

He tells her that Akshay will keep Kritika happy, if he is wrong, then nobody will spare him. He promises to take action against Akshay on getting any evidence. He tells Preeta that his heart gets hurt when anyone rebukes his wife. He expresses her feelings. He tells Preeta that he isn’t upset with her. Moreover, Sherlyn and Mahira make a plan to fool Preeta. They converse casually to make Preeta believe that Akshay is cheating Kritika. Sherlyn tells that she has also seen Akshay with someone. Mahira asks her not to sound like stupid Preeta and get scolded by Kareena.

Sherlyn tells that she is sure that Akshay is having an affair. Mahira asks Sherlyn not to worry for Kritika. Sherlyn tells that if Preeta really loves Kritika, she will not her marriage with a wrong guy. She doesn’t think they should be concerned for Kritika. Preeta rushes to meet Shrishti and share the new finds. Sherlyn tells Mahira that Preeta will put herself in trouble. Comment your take on the current track and keep reading.

Reviewed Rating for this particular episode Kundali Bhagya 15 January 2021 Written Update Karan new change: 4/5 This rating is solely based on the opinion of the writer. You may post your own take on the show in the comment section below.