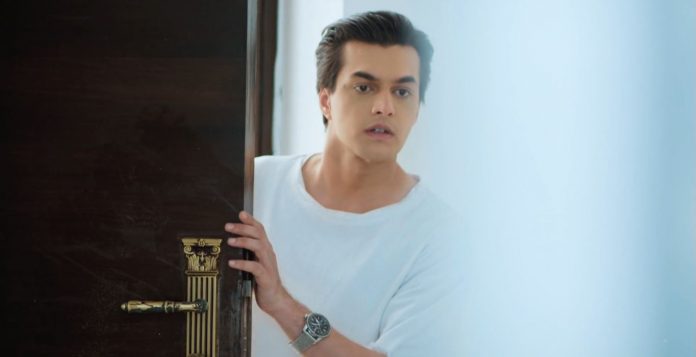 Yeh Rishta Kartik rough move 16th January 2021 Written Update Kartik rushes to stop Kairav from attending the boxing training class. He gets into an argument with the Coach, who senses Kartik’s extreme fears. Coach tells that such coward parents don’t let the kids progress and learn anything. He doesn’t want Kartik to pull back Kartik from his interests. Kartik punches him on hearing a lot from him. Kairav feels sorry that Kartik is too possessive. He doesn’t want to feel restricted. He wants some freedom to pursue his interests.

He knows that Kartik is also lonely without Naira and understands his emotions. Kairav can’t communicate his feelings to Kartik. Manish understands their sorrow. He wants to find some way to sort it out for Kartik. He feels he is losing his son. On the other hand, Naksh and Gayu are also trying to move on over Naira’s loss. Gayu is living a disturbed life. She can’t forget Naira ever. Naksh also leaves his business and family responsibilities.

Kirti is much broken that her life is suffering because of Naira’s loss. She tells that Kartik is mentally strong and has moved on by forgetting the loss. Manish tells Kirti that Kartik is the most suffering one, Kartik is battling his inner conflict. He tells them that he is afraid that he is losing his son who is just concerned for his kids, than the rest of the relations. Surekha suggests that they should get Kartik remarried.

The family knows that he will never agree to anyone. Manish tells them that he will talk to Kartik. He learns that Kartik has lost his cool and punched the coach’s face. He doesn’t want Kartik’s over possessive nature to cause troubles for Kairav and Akshara. When Kartik comes home with Kairav, Manish confronts Kartik over the scene at the school. Manish tells Kartik that he doesn’t want him to lose himself while having Naira’s memories.

He tells that he has to self find himself once again and be devoted to all the decisions. He asks Kartik to know that he is also a father and is worried for his son. He doesn’t want Kartik to forget their relations. Kartik tries to prove that he is absolutely fine. They want to explain Kartik that he isn’t mentally fine, else he would have not sunk himself in the children’s care by neglecting other relations.

Kartik clears out that he is living just for the sake of his children. He doesn’t care for anyone else. He tells that he is devoted to be a parent’s duty. Manish takes a tough decision for the sake of Kartik and Kairav’s well being. He wants Kartik to live a normal life. He tells that he will separate Kartik and Kairav for a while. He tells that if Kairav is away, then Kartik would think of himself. Kairav agrees with Manish’s decision. Manish also wants Kairav to get free from Kartik’s weird care. Manish tells the family that he will send Kairav to a boarding school.

Kairav prepares himself mentally to go away from Kartik so that Kartik lives his life normally. Kairav agrees to go to the boarding school, which isn’t accepted by Kartik. Kartik and Manish get into a heated argument because of the latter’s tough call. Kartik doesn’t want to get separated from his son at any cost. He decides to take away Kairav with him if Manish is posing a problem for him. He doesn’t want Manish to decide for his son. Kartik makes sure that he stays with Kairav wherever they are. Kartik takes a rough decision to take away Kairav from the family. Kartik and Kairav get away from the family.

Reviewed Rating for this particular episode Anupama Written Update Kavya rejected 15th January 2021: 4/5 This rating is solely based on the opinion of the writer. You may post your own take on the show in the comment section below.