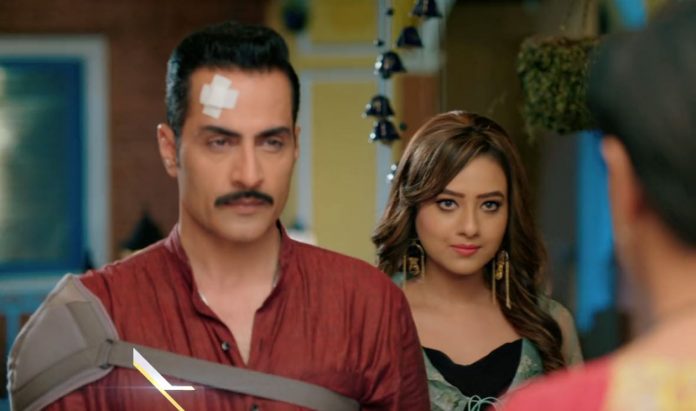 Anupama Written Update Wedding bells for Vanraj 21st Jan Vanraj tells Anupama that he wants to fill sindoor in her hairline and become her husband once again. She reminds his mistakes which he committed after marrying her on their 25th anniversary. He tells her that he accepts all his mistakes. He wants to try and change himself heartily. He wants to be a loyal husband. She tells him that he plans everything, he isn’t ignorant of his own deeds.

He tells that he felt that his decisions are right, he left the house without realizing that he has left the family as well. He wants his family back. Anupama tells him that he is just her children’s father. She refuses to accept his proposal. She tells him that he went to Kavya and now when Kavya is troubling him, he wants to come back to the family. She doesn’t want to have any relationship with him. She adds that he is taking her care as love. He tells that he wants to have the journey of life with her. He is searching for a support in her.

She tells him that their destinations and paths are different, they can’t walk together. She doesn’t get convinced when he struggles his best to get her nod. She sternly refuses to him. Nandini is upset. Samar tells her that he is also upset with her. He wants her to trust him once, he will not break her trust or leave her alone. He tells her that he read her diary, but his feelings have changed for the better, he loves her even more.

She adds that she doesn’t want to come between Kavya and him. She assures that she will always keep his relations strong with the family. She wipes the sindoor to show that it doesn’t even matter. Nandini doesn’t want to let go Samar. She values his love. She confesses her love. Samar runs to Nandini. They both have a love union. She wants to believe his love. She accepts that she feels for Samar, she loves him. Samar hugs her. His dream comes true. All of his romantic dance moments also turn real.

They happily dance on a love song. Sadly, this turns out to be Nandini’s dream. She feels that her past isn’t letting her come close to Samar. Kavya meets Vanraj at the temple. She tells that she has come to talk to him. She informs her decision. She adds that he is her inspiration, she is doing the same, she wants to give a second chance to Anirudh. She feels Vanraj doesn’t care for her. She tells that she is returning to Anirudh. She wants to leave from Vanraj’s life. She apologizes to him. She is grateful that his decision has shown her the right path in life.

She wishes that she stays happy with Anirudh. She also wishes Vanraj and Anupama’s happiness. Vanraj is shaken up that both his partners have rejected him. Anupama had refused to his proposal and even Kavya has left him forever. Pakhi wishes things get better between Vanraj and Anupama. Vanraj arrives home. He is in a dilemma. He has two places to go. He has to choose between Anupama and Kavya. He knows that Anupama will never accept him. He wonders if he should go to see Kavya. Vanraj goes to meet Kavya. Anupama finds him meeting Kavya again.

Vanraj is afraid to face Anupama, who doesn’t care. Samar doesn’t let anything change between Nandini and him. He cheers her up. Vanraj questions Kavya about her decision. She tells him that their paths and destinations are different. She asks him to make a new start with Anupama. She tells that she is shifting abroad with Anirudh. Anupama wants him to decide well. Vanraj decides to marry Kavya. He decides to divorce Anupama and leave from her life.

Reviewed Rating for this particular episode Anupama Written Update Wedding bells for Vanraj 21st Jan: 3/5 This rating is solely based on the opinion of the writer. You may post your own take on the show in the comment section below.