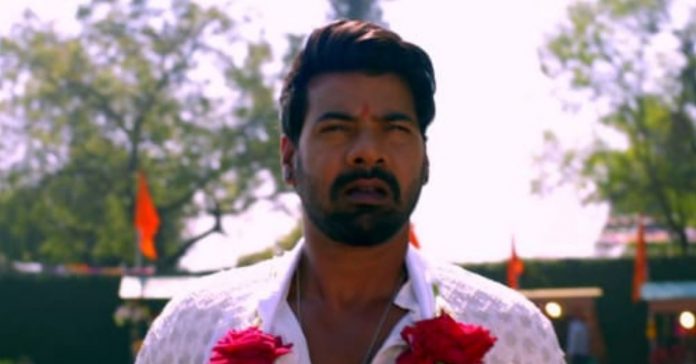 Kumkum Bhagya 26th January 2021 Written Update Abhi last wish Aaliya doesn’t believe the bad omen when Tai ji alerts her about the risk on Abhi’s life. Aaliya has no idea that someone is trying to end Abhi’s life. Aaliya tells Tai ji that they shall celebrate Abhi’s marriage with Meera. Meera finds peace on seeing Abhi happy. She wants to be a part of his life. Meera tells that she will talk to Pallavi later. Purab wants to tell the truth to Aaliya.

He finds her an enemy for Abhi. Abhi tells Meera that she should make a video call to Aaliya to show that Abhi and Pragya’s love is back. He wants to punish Aaliya who got them divorced. He asks her to get Aaliya on the video call and show the marriage to the entire family. Aaliya tells that she wants to tell everyone that they have got rid of Pragya finally. She makes Raj bring the projector. She wants to see Abhi’s marriage live. She connects the phone to see the marriage happening. The family is shocked to see Abhi marrying Pragya.

Purab and Vikram are happy for their friend. Aaliya can’t believe that she failed once again in making Abhi and Pragya away. Purab tells that Abhi’s love has won once again. Abhi angers Aaliya. Purab gives the good news to Baljeet. He asks her to make a video call to Meera to see a surprise. Baljeet makes the video call. She finds Abhi and Pragya marrying. Sarita is happy for Pragya. Baljeet blesses the couple who take the wedding rounds.

Pallavi tells that Meera wanted Abhi and Pragya to marry. Abhi and Pragya get married. Meera wishes them a happy married life. The shooter reaches close to them to shoot Abhi. Aryan congratulates Ranbir in advance. He tells that he got two elders to bless the couple. He asks Ranbir to prepare for the marriage soon. He doesn’t want Ranbir to get too late. Ranbir is also eager to marry. Sarita gets emotional that Pragya has finally got her rights.

Baljeet praises Meera who has brought Abhi and Pragya together. Sarita feels Abhi and Pragya have become inseparable now. Abhi tells Pragya that he is very happy that he married her. He takes pandit’s blessings. He gets saved. He hears a gunshot. He finds something wrong. He rushes out of the temple with Pragya. Aaliya loses her senses that Pragya is returning home. Purab’s smiling face angers her further. He tells her that she never wanted anyone’s happiness, she has lost to Abhi and Pragya’s love. He asks her not to harm herself in anger.

He tells her that evil is lost to good, Abhi and Pragya’s incomplete love will begin again. He curses her. Aaliya doesn’t want to spare him. He tells that she has committed big sins. He asks her to know that her dreams are broken. Pandit asks Ranbir to wait for him at the temple. Ranbir and Aryan get shocked seeing Baljeet and Sarita at the temple. Jai thanks the elders for coming to bless his friend. Ranbir asks Aryan to just get Jai. Aryan refuses. Ranbir lies about an allergy on his face. He runs away with Jai.

Sarita tells Baljeet that they will bless the children and not go away. Abhi and Pragya try to get saved. He tells that someone is breaking the pots for no reason. He tells her that something is wrong, they should leave soon. Abhi gets a bullet shell. The shooter catches Abhi and Pragya at gun point. Abhi saves Pragya from the gun shot. He realizes that someone wants to kill her. He doesn’t know that the shooter has been assigned the task to kill her. Abhi and Pragya promise that they will never go away from each other’s lives. The shooter reaches more close to kill them. He asks them for their last wish. Abhi and Pragya’s banter begins to confuse the shooter. Will Abhi know about his enemy from the past? Comment below and keep reading.

Abhi and Pragya run away from the assassin. Pragya tells that they will try to know the cause of the enmity. Abhi asks her not to talk to anyone and not escape to save her life. He takes her to the car. They finally reach their car. She is all happy to go home. He finds the car keys missing. He tells her that maybe he lost the keys when they ran to the car. He looks for the keys. She sees the same shooter chasing them. She alerts Abhi. The shooter gets his target at them.

Abhi gets smiling when his fate works in his favor. He asks the shooter if the bullets got over. He challenges the shooter for a fight. Pragya asks Abhi to not be kiddish. Purab calls Abhi and doesn’t know about the assassin. The shooter also has a pistol with him. He asks Abhi to make a last wish. Abhi asks him to remove the veil. The shooter fulfills his wish and aims to shoot Abhi. Abhi and Pragya together fight with the shooter. She asks him to call the police. Purab calls again to congratulate. He doesn’t listen to Abhi’s assassin.

Pragya tells Abhi about an accident, the psycho guy has got after them to kill them. She asks him to send some help. Purab informs the commissioner to send the police team at the temple. Digvijay calls the shooter and learns that Abhi has escaped. He reprimands the shooter for his bad work. Abhi tells Pragya that he had tried to call the police. The chase sequence becomes a hilarious adventure one for Abhi and Pragya. They get to see some people who have come to attend a wedding. Abhi and Pragya argue that nobody attended their wedding, except Meera. Abhi gets an idea to escape. He tells Pragya that the shooter has reached them again. Abhi takes Pragya on a horse. Shooter miss them once again.

Reviewed Rating for this particular episode Kumkum Bhagya 26th January 2021 Written Update Abhi last wish: 5/5 This rating is solely based on the opinion of the writer. You may post your own take on the show in the comment section below.