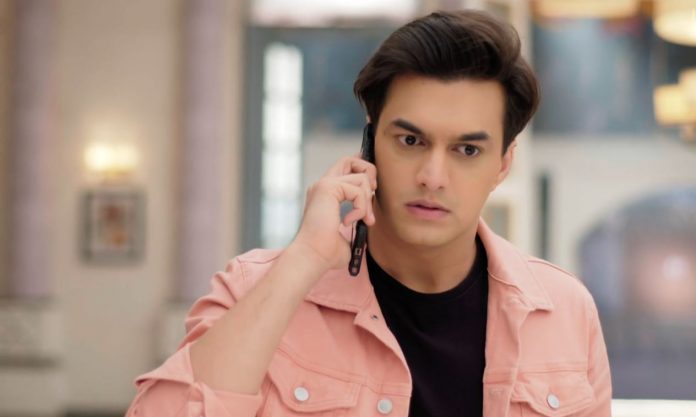 Yeh Rishta News for Kartik 28 January 2021 Written Update Kairav gets to meet Sirat once again when the warden gets her address from the old watchman. Warden isn’t aware that Sirat resembles Naira, Kairav’s mother. He still believes Kairav, who is very much sure that Sirat is Naira herself. Kairav wants to get the good news that Sirat is his mother and then inform Kartik with surety. Kairav finally lands at Sirat’s house when her alliance gets fixed with a guy, who seems the best for her to her Maudi.

Maudi thinks Sirat will be happy with the guy, who would love her and also give her freedom to achieve her dreams. Maudi has no idea that the guy’s family is orthodox, and just making fake promises. Sirat also wants to refuse to the alliance, but is helpless. In no time, Maudi and Sheela decide her engagement. Kairav becomes an angel in time and stops her alliance talks by breaking the news that she is his mother. The guy’s family can’t believe that Sirat is an unwedded mother. Soon, questions begin to raise about her character.

Sirat wants to get rid of the alliance. She tells that she loved her boyfriend and had a child with him, but her relationship wasn’t accepted by her family. She cooks up a story to send away the guy’s family. She feels Kairav has come as a blessing for her, who saved her from the unwanted alliance. She doesn’t want to get bound in any marriage relation. She wants to be free and pursue her career in boxing. She feels she is born to become a good boxer.

Sirat sees Kairav as the person saving her dreams from shattering. She also acknowledges him as her son, which gives many hopes to little Kairav. He feels that Naira remembers him and accepted him as her son. This brings a moment of joy for Kairav. He wants his mum back and ultimately gets her when she reciprocates his love. Sirat gets rid of the proposal and then changes her statement that she isn’t aware of Kairav’s identity.

She tells that she isn’t Kairav’s mum. Sirat asks Kairav to go away, she doesn’t even know him. Kairav is shattered when she behaves like a stranger. He pleads to her that he is her son. She throws him out of her house and later pities him, since he is also a helpless and abandoned child like her. Kairav somewhere reminds her of her own bad childhood. Sirat wishes that Kairav gets his mother and also her true love. She doesn’t want any troubles in her life.

She doesn’t think she is made to take up any responsibility. She tells that she is just focussing on her goals, that’s to become a national level boxing champion. She doesn’t want any distraction. Kairav gets back to the hostel with the warden. He cries out that Sirat is really his mum. The warden gets helpless to inform Kartik about Kairav’s claim about someone to be his mum. Kartik senses that Kairav is in some trouble. He gets the call from the hostel. He learns that Kairav went to someone’s house and is sure that its his mum’s house.

Kartik thinks that Kairav is hallucinating. He feels that Kairav is losing his mind, being alone from the family. He doesn’t want loneliness to ruin his son’s life. He feels Manish’s decision to send Kairav away was wrong. Even Manish regrets to send Kairav away from Kartik. He realizes that nobody is happy with the separation. Kartik tells the family that he has to go to see Kairav, who badly needs him. Kartik wishes to meet Sirat. He wants to see the person that’s connecting with Kairav as Naira. Will Kartik reach out to Sirat’s house and find out her truth? Will Sirat’s back story come to the fore? What will be the connection between Naira and Sirat? Keep reading.

Reviewed Rating for Yeh Rishta News for Kartik 28 January 2021 Written Update: 4/5 This rating is solely based on the opinion of the writer. You may post your own take on the show in the comment section below.