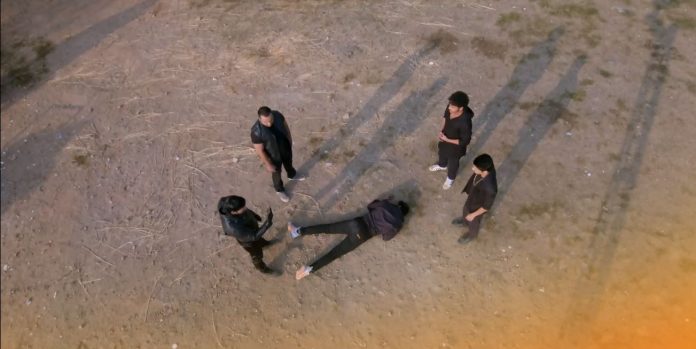 Kumkum Bhagya 1st February 2021 Written Update Deadly trap Purab tries hard to get police’s help for Abhi and Pragya. Police wants to track Abhi and Pragya. Inspector tells that its a matter of contract killing, Abhi is a successful businessman and would have many enemies. Purab tells that Pragya told about a crazy guy who got knocked down by her car. He tells that Abhi didn’t do anything wrong with anyone to rise is business, he doesn’t have any enemies.

Inspector tells that even if Abhi is a nice gentleman, many people would hate his goodness. He asks Purab to help in the investigations. Pragya helps Ratna in the kitchen. Ratna apologizes from her husband’s side. She tells that Abhi resembles her son Shubh. She tells that her son has left them by making his own life choices. Ratna gets emotional while revealing about her son, who has refused to return home.

Abhi tells that he remembers Purab’s number, he will call him and inform. Abhi tells Purab that an old couple is taking care of them. Purab tells him that Inspector has shown pictures of contract killers. He asks Abhi to describe the shooter. Abhi describes a killer. Inspector tells Abhi that he got to know the shooter, he will catch him. He asks Abhi to take care. Pragya gets upset knowing that Abhi doesn’t remember her number. Abhi doesn’t even remember her birthday and their earlier wedding anniversary.

Pragya doesn’t listen to him. Abhi tells that he remembers that just Pragya is his wife. Ratna asks him not to upset his wife and convince her. Ranbir explains his plan to the pandit. He asks Pandit to not do anything else apart from the plan. Pandit is confused. Ranbir asks Pandit to just rush with the rituals to get the marriage done. Ranbir asks Pandit to declare Prachi and him as husband and wife. Pandit feels he is cheating the innocent girl Prachi by listening to Ranbir. Ranbir asks Pandit not to over think.

Rhea reaches home to know about Abhi. Tai ji asks Rhea about speaking to Meera. Rhea doesn’t want to talk to Meera. She looks for Abhi. Tai ji tells her that Abhi isn’t at home, Abhi and Pragya are together. Rhea tells that Abhi is in danger. She wants to speak to him. She calls up Prachi to know if she has any idea about Abhi and Pragya. Pandit does a perfect plan as taught by Ranbir and Aryan. Ranbir knows that Prachi will not back out from the marriage, since she earlier agreed for the marriage.

Prachi tells Shahana that Pandit is rushing with the rituals. Shahana and Palak lie to her. Jai asks Ranbir not to worry, Aryan will push him towards Prachi now. Shahana doesn’t want Prachi to step back. Ranbir loses courage. He feels he can’t cheat Prachi to marry her. He changes his decision in the nick of time. Rhea informs Prachi that Abhi and Pragya’s lives are in danger. Prachi wants to leave from the temple to find her parents. Ranbir’s lies goes across the loop and creates a problem for him. The henchmen are tempered on not finding Abhi. They are determined to kill him. One of the henchmen dies in the hunt scene. They swear to give Abhi a worse death. Will Abhi get saved from the contract killers? Keep reading.

Reviewed Rating for Kumkum Bhagya 1st February 2021 Written Update Deadly trap: 3/5 This rating is solely based on the opinion of the writer. You may post your own take on the show in the comment section below.