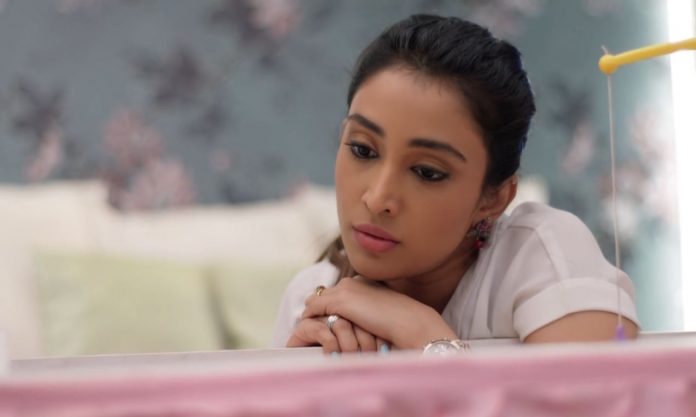 Yeh Rishta Rhea evil secret 29th January 2021 Written Update Sirat is hell bent to win the boxing match. She wants to win the state level boxing champion title so that she can compete at the national level. Sirat has many dreams of winning the match. Sirat also gets a blessing from a Banjaran Maai, who predicts Sirat’s fortune will be brightening up. She tells Sirat that she will be soon meeting someone who will be bringing much happiness, fulfilling her dreams and giving her a good life. Sirat doesn’t believe in the fortune teller.

She wants to make her fate herself by her hard work and determination. She tells Maai that she isn’t interested in love or marriage. Maai tells her that everything will change in a day for her. She tells that tomorrow will be a big day for Sirat, when she will be meeting Kartik. Sirat doesn’t pay heed to her words. She focusses on her boxing practice. She gets a nightmare that she will be losing in the match. She fails to acknowledge the nightmare.

She doesn’t want any negative thing to come on her mind and discourage her. She is motivated to move on and win. She gears up for the match. She tells her Maudi that its a big day for her, she will be winning the match and then never look back. Maudi wishes that she wins the match and also wins love. She wants someone to come in Sirat’s life to change her life completely. Sirat heads for the boxing match with her good friend, while Sheela and Mukesh try to down her morale.

Sirat isn’t affected by their harsh comments. She wants to win the match and slap Mukesh by her victory. She is going to fight Mukesh’s student in the match. She wants to prove that her self training is better than Mukesh’s coaching. Mukesh thinks Sirat is an amateur, who doesn’t know any good moves. He asks his student to do her best and doesn’t take stress because of Sirat, who is totally untrained. Mukesh wants Sirat to lose badly so that she is left with no option than to get married. Mukesh and Sheela have planned to get Sirat married off.

Their motive is to acquire Maudi’s ancestral house and sell it for a good price to fulfill their own dreams. Maudi is also aware of their greed, but wants to settle down Sirat soon. On the other hand, Kartik leaves Akshara’s responsibility on his family and rushes to meet Kairav at the hostel. Manish apologizes to him for not considering his decision. He feels sorry that Kairav is dealing with an emotional trauma. Kartik knows that things will get better once he meets Kairav.

Rhea lies to Manish and Suwarna that she will look after Akshara. She pretends to love Akshara. She reveals her true intentions behind being nice to the baby. She wants to marry Kartik and then ousts his children from his life. She hates kids. She tolerates Akshara just to get into good books of the Goenka family. Rhea shows her wicked side. She is just using Akshara to get close to Kartik. Suwarna misses out to hear Rhea’s evil confession. Rhea presents herself as a positive caring girl who can be a good mother for Kartik’s children.

Meanwhile, Kairav is sure that Sirat is Naira. He wants to meet her again and get his answers. He wants to go out somehow, but doesn’t get the permission. He learns about the boxing match, where he could find Sirat. He tries to seek permission, but is asked to wait for his dad’s arrival. Kairav can’t miss out the opportunity to meet her. He tricks the warden and goes with the boys group to the boxing match stadium. He hopes to see Naira there. Sirat arrives there to enrol her name for the match. She tells the personnel about herself, that she is single and qualified to play the match.

The man explains her the rules for the match, that any wrong information submitted can lead to her disqualification. Sirat doesn’t think anything can go wrong. She is confident to win. Kairav reaches there and sees her in the ring again. He wants to call her out. Sirat faces her opponent in the tough match and loses out at first. She doesn’t lose courage. She begins the match, while Kairav poses a big hurdle for her. Kartik learns that Kairav is missing from the hostel. He reprimands the warden. He realizes that Kairav has gone to search for Naira. He also reaches the boxing stadium to find Kairav. Kartik will be coming face to face with Sirat in the coming episode.

Reviewed Rating for this particular episode Yeh Rishta Rhea evil secret 29th January 2021 Written Update: 3/5 This rating is solely based on the opinion of the writer. You may post your own take on the show in the comment section below.