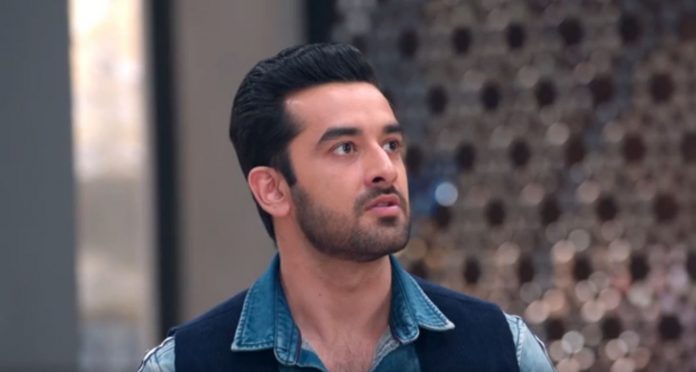 Ishq Mein Marjawan 2 3rd February 2021 Written Update Secret breaks Kabir doesn’t forgive Vansh for ruining his childhood. He counts his favor on Vansh. Vansh tells that Kabir hates him and wants revenge for this reason. Kabir tells Vansh that Riddhima is the favor he is talking about. He reminds that he had sent Riddhima in Vansh’s life. Vansh tells Kabir that he knows Riddhima’s truth. He asks Kabir to accept Riddhima as Vansh’s wife. Kabir tells Vansh that he forced Riddhima to marry, else she would have run away long time back. He jokes on Vansh and Riddhima’s strong relation.

He tells that Riddhima is still of him. Vansh tells Kabir that Riddhima is of him now, she got rid of the past baggage. He asks Kabir if he is jealous and realized what he lost. He tells him that Riddhima’s past doesn’t mean to him. He feels lucky to get her true love. Kabir wants revenge on Vansh some how. Vansh makes a diamond deal. He tells his client that he had invested his time and money to get the diamonds. He wants the client to decide if he wants to take the risk and make a deal. Vansh gets hindered by Riddhima. She doesn’t want Vansh to go anywhere.

Vansh tells Riddhima that its his business work. She doesn’t question him. Riddhima is touched by Vansh’s love gestures. She tells him that she is getting recovered. Vansh tells her that he is just a call away if she has to go anywhere. Kabir finds them very happy together. He is jealous to see their smiling faces. Kabir can’t tolerate their happiness.

Vansh tells Riddhima that she has made him realize his life’s real beauty, that’s their love. Vansh makes Kabir more jealous as if Kabir doesn’t exist around. Vansh confesses love to Riddhima. Riddhima is pleased to see Vansh’s love. Vansh calls her a special person in his life. Kabir keeps an eye on them. He tries to harm Vansh. Ishani ties the Rakhi to Vansh’s hand for the fact that he always protects her. She tells Vansh that she killed Riddhima’s parents in the accident, but he saved her, he lied about Kabir’s dad.

She tells that Riddhima will never doubt him. She reveals the entire secret, which gets overheard by Kabir. Vansh asks Ishani not to mention the truth in front of anyone again. He feels lucky to get a wife like Riddhima. Kabir gets more raged that Vansh has lied to Riddhima and him to get double benefits. Kabir wants to punish Vansh for playing this game with him. He drops the chandelier over Vansh. Vansh saves Ishani and stands under the falling chandelier.

Riddhima reaches in time to save Vansh. Ishani and Aryan save Riddhima from the injury. Riddhima tells them that she came running to save Vansh. She wants to know if Vansh is okay. Vansh demands to know who has done it. Aryan understands that Kabir did it. He tells Vansh that the chain was turning weak, they need to replace it. He covers up for Kabir’s mistake. Kabir wants to bring out Vansh and Ishani’s truth to make Riddhima away from Vansh. Vansh tells Kabir that his thinking is far ahead of Kabir’s silly plans. Kabir asks him to choose a game.

He wants Angre to stay back and handle the family. He tells Angre that he will be ruined if the deal isn’t done. Kabir misses Riddhima’s love. He feels he has done wrong to send her to Vansh. He wants Riddhima back in his life. He tells that he will snatch her from Vansh. He promises to his fate that he will win back Riddhima.

Vansh hides the diamonds from Riddhima. He takes care of her. He talks of true love, but keeps secrets from her again. He fears of losing her. He thinks he will be losing her if she learns Ishani’s crime of killing her parents. He diverts her by creating a romantic moment. Kabir gets mad to get Riddhima forever, away from Vansh, by crossing any limits. He tells her that she will return to him herself, he will compel her to come back by leaving Vansh. He imagines Vansh and Riddhima together, and goes crazy.

Vansh and Riddhima spend private time together. They are happy in their own world. Vansh informs the family about his important meeting. He wants Dadi to leave all the worries. He tells that he had returned home safely by Dadi’s blessing. Dadi doesn’t want Vansh to go. She tells Vansh that she won’t do any tilak to him now, since its Riddhima’s responsibility now. She gives the rights to Riddhima. Vansh agrees to Dadi’s word.

Siya goes to call Riddhima. Riddhima gets afraid when the aarti lamp is lit off. Siya tells Riddhima that Vansh is going for an important meeting, maybe the bad omen is related to him. Riddhima doesn’t want anything to happen to Vansh. She prays that Vansh stays safe. Riddhima meets Vansh to do tilak to him. Vansh feels her presence. He tells her that he will come back soon. Vansh and Riddhima’s romance continues. Vansh hides her from Aryan, who comes in the study. Riddhima is afraid by Siya’s prediction. She doesn’t feel good.

She asks Vansh to not go out. She explains about her bad omen she has seen in the morning. Vansh doesn’t listen to her. He tells her that he will change his bad luck into good luck by her hands. Riddhima agrees to send him for the meeting. She tells him that he has to promise to return home safely. She does the tilak to him. She feels really strange when she sees another bad omen. She sees the kumkum spilled. Ishani tells Riddhima that Vansh’s work is of risk, they have to undergo the same fear every day, but Vansh always returns home safely. She asks Riddhima to not stop Vansh and let him go. Riddhima can’t control her fears.

She stops Vansh romantically and locks him in the room. Vansh promises Riddhima that he will be all hers once he gets the deal done. She takes the keys from him. He tells her that he can’t cancel the meeting. Riddhima doesn’t let him go for the meeting. She doesn’t understand that the meeting is crucial. She follows her heart and stops him from going. She continues to attract him. Vansh gets trapped by her beauty.

Vansh tells her that the deal is super important to him. He asks her to return the keys. She refuses to him. He manages to get the keys from her. He tells her that he will meet her in the evening. He doesn’t like to refuse to her request. He wants her to promise that she will be waiting for him. He promises to have a special night with her. Riddhima tries to end her restlessness.

Reviewed Rating for Ishq Mein Marjawan 2 3rd February 2021 Written Update Secret breaks: 3/5 This rating is solely based on the opinion of the writer. You may post your own take on the show in the comment section below.