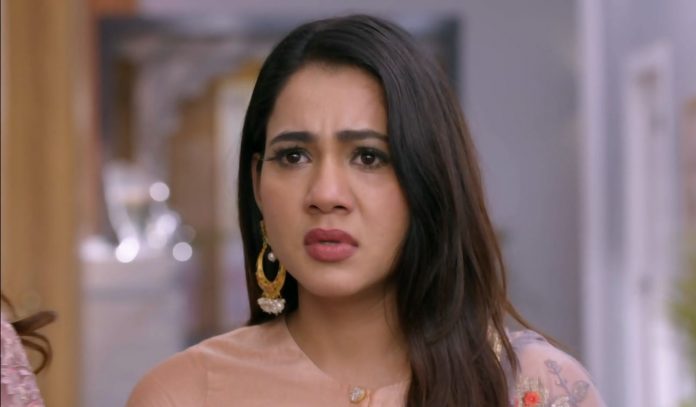 Kundali Bhagya 4th February 2021 Written Update Wedding shock Kareena tells Preeta that the consequences will be bad if she is wrong. Preeta tells that Akshay isn’t at home, he is at the hotel. Rakhi tells that they shall check it once at the hotel. Sherlyn finds Preeta doing a drama. Preeta wishes that Karan was with him. Karan wants to meet Preeta and surprise her with gifts. He knows that Preeta can never expect gifts from him. Akshay gets freed from Sameer, who is caught by the hotel manager. Sameer fails to give any proper reason. The manager asks Sameer to come with him. Preeta requests Kareena to just come with her.

Kareena tells that Akshay is a nice guy. She feels helpless to listen to Preeta. Sherlyn praises Akshay. Kritika wishes that Akshay is proved right. She fears that he is with some girl. Preeta asks about Akshay’s room. She learns that the room isn’t occupied. She asks for Akshay. Sherlyn asks Preeta why does she want to break Kritika and Akshay’s marriage. Kareena tells that the chapter is over. Preeta asks the receptionist to check for Akshay. She tells that Kritika’s life will be ruined if Akshay marries her. Kareena doesn’t want to waste her time.

Preeta pleads to the receptionist to save Kritika’s life. The receptionist tells about her mistake. She tells about Akshay’s room number. She adds that Akshay has come with a girl. Kritika is much worried by Akshay’s lie. She rushes to see Akshay. Kritika knocks the door. She is shocked to see Akshay. Preeta confronts Akshay about Megha. Kritika doubts him on seeing the drinks.

Akshay asks Kareena to help her, Preeta can’t doubt on him. He tells that he feels terrible when they humiliate him by doubting on his character. Preeta tells him that he got exposed now. He tells that he didn’t do anything wrong. She asks him to stop acting innocent. He gets terrified thinking he is nearly caught. Preeta tells that there is someone in the washroom. Kareena wants Akshay to be proved innocent.

She fears for Akshay and Kritika’s marriage to break. Akshay tells that there is nobody in the bathroom. Kritika begs him to accept his fault and stop mentally torturing him. Rakhi tells Akshay that they are breaking the alliance right away, since he isn’t able to prove his innocence. He pleads to Kareena to save the relationship for Kritika’s sake. Rakhi doesn’t trust Akshay. She tells that he is cleanly lying. She tells that he is deceptive, he is sorry that she will never get Kritika married to him. Akshay clarifies to Rakhi to win her faith.

Kareena tells Rakhi that Akshay isn’t proved guilty. She gives him a chance to prove his innocence. Rakhi tells that she loves Kritika as a mother, when he has seen Akshay’s truth, then they will break the marriage. Sherlyn asks Rakhi not to rush. Preeta tells Akshay that she will call the staff to get the bathroom door opened. She calls housekeeping for the task. Akshay tries to get Kritika’s trust. Kritika doesn’t listen to him.

Preeta gets the bathroom door unlocked. Shrishti reaches the hotel to check on Preeta. She sees Sameer with the manager. Preeta and the family don’t see any girl in the bathroom. She asks Akshay how did he manage to send away Megha. Akshay tells that there was no girl inside the bathroom. She tells that he is lying. Akshay’s parents reach him. Preeta calls off the alliance without Kareena’s permission.

Akshay’s parents reprimand Preeta for crossing limits all the time. Akshay’s mum tells that Akshay is just defending himself all the time. She threatens to break the alliance. Kareena worriedly apologizes to Akshay and his parents. She assures that the marriage will happen. Preeta challenges Akshay of stopping the marriage and revealing his truth. Kareena throws out Preeta from Luthra house. Sherlyn gets much happy with this development. Karan will be entering the scene and taking a stand for his wife, which will surprise Preeta a lot. Do you like the wedding drama? Keep reading.

Reviewed Rating for Kundali Bhagya 4th February 2021 Written Update Wedding shock: 3/5 This rating is solely based on the opinion of the writer. You may post your own take on the show in the comment section below.