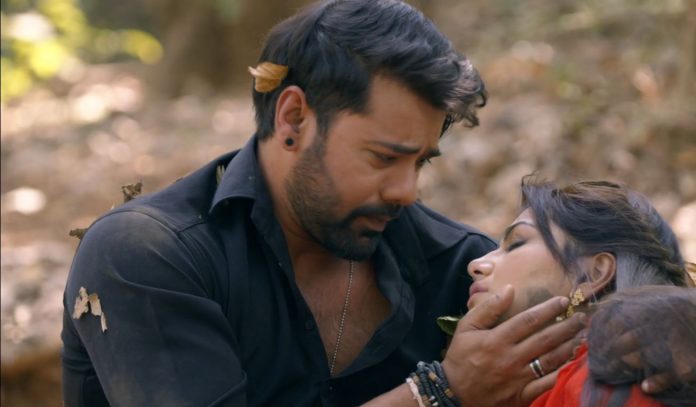 Kumkum Bhagya Abhi to die Upcoming Major twist Promo Abhi and Pragya ask Bittu not to target them. Bittu wants Abhi to apologize. Pragya stops Abhi. Abhi apologizes to Bittu. He asks him not to think of hurting Pragya. Bittu tells that he can kill them. Abhi begs him for Pragya’s life. Pragya can’t see him begging to the goon. She tells that if they can’t live together, then they will die together. Abhi asks her not to say it. She tells that he should save himself first if he wants to save her.

Bittu tells that he doesn’t like romance, but actions. He asks them to spend their final moments. Pragya tells Abhi that he will save her. She reminds his promise. Abhi asks her to hold his hand. He wants to balance the car. Bittu speeds his car to hit Abhi’s car. Abhi doesn’t leave Pragya’s hand. She asks him to go out when its possible, their family needs him. He tells that he needs her, they will die together if they can’t live together. He asks her to balance herself and come backside. They try to get down the car.

Abhi and Pragya jump out of the car, before Bittu smashes the car and throws it down the cliff. Bittu thinks they are dead by now. Bittu’s smile vanishes when he finds Abhi and Pragya hanging to the tree. Abhi asks Pragya not to feel scared. Bittu reaches them again to ruin their fate. He wants to write their poor fate. He cuts the tree down to kill her. Abhi and Pragya enjoy a love moment when the death is close. They confess love to each other. Abhi asks Pragya to stop crying. He tells her that they will always be together. Bittu makes them fall down the cliff. He tells that their lives have ended for sure.

He informs Digvijay that he has killed Abhi and Pragya. He asks Digvijay to come and see them dying. Digvijay feels that his revenge got complete. Baljeet is scared of the bad omen. Sarita supports her. Purab asks Baljeet not to feel scared. Bittu looks for Abhi and Pragya’s dead bodies to show to Digvijay. Digvijay reaches the cliff. Bittu shows him the burning car. Digvijay wants to confirm that they are really dead. He reprimands Bittu. He asks Bittu to get a picture of Abhi and Pragya’s dead bodies. Bittu agrees. Abhi and Pragya get saved. They have the bad memory flashing in their minds, which makes them conscious. Will Abhi really die by Digvijay’s hands? Comment your views on keep reading.

Reviewed Rating for Kumkum Bhagya Abhi to die Upcoming Major twist Promo: 5/5 This rating is solely based on the opinion of the writer. You may post your own take on the show in the comment section below.