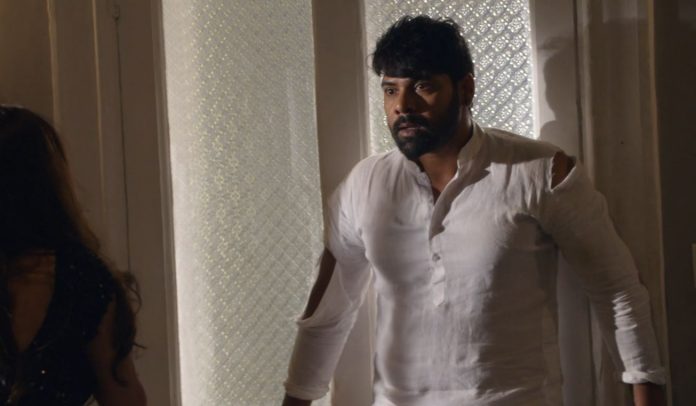 Kumkum Bhagya Abhi wild avatar 8th March Full Update Prachi vents out her frustration. She tells that everyone can see Ranbir’s love, not her feelings. Shahana tells that its Prachi’s mistake to not see Ranbir’s love. She asks Prachi to accept that Ranbir loves her a lot. She tells that Ranbir left everything for her sake, he always stands by her. Prachi asks her to support Ranbir if she wants. Shahana asks Prachi not to do any fake acting. She doesn’t feel she has done any mistake, since she trusts Ranbir’s true love.

Prachi tells that he was cheating her to marry. Shahana tells that Ranbir realized his mistake and didn’t do the marriage. Prachi tells her that Ranbir has really changed, he is accusing her for his change. Sarita finds them home and asks why are you late. She realizes that they had a fight. She tries to sort their problem. On the other hand, Baljeet is much worried that Abhi isn’t attended by anyone, Rhea is drinking in sorrow.

She feels they should have left him to recover at the hospital. Aaliya tells that though she loves Abhi more than the shares, she won’t send Abhi to the hospital. She knows that she will lose the company shares and business if the news spreads that Abhi is in mental hospital. She is doing everything to keep his name in the business circle. Baljeet pities Abhi, who has no one to support. She cries that Aaliya had beaten up Abhi and scared him.

She tells that she can forgive anyone in her life, except Pragya. She finds Rhea coming home in a drunken state. Aaliya asks Tanu to enter Abhi and Rhea’s lives. She tells that she loves Rhea more than Aryan, she doesn’t love Prachi. She asks Tanu to love Rhea, and never lecture her. Tanu feels Pragya also doesn’t like Rhea, she is just concerned for Abhi.

Aaliya tells that Pragya isn’t in Abhi’s memories now, he doesn’t remember her. She asks Tanu to have a strong bond with Rhea. She tells that Abhi should feel that Pragya had left Rhea and Tanu has supported Rhea in the tough times. Tanu agrees to trick Abhi and take Pragya’s place in his life. Aaliya finds her a dumb woman. She tells Tanu that Rhea loves Ranbir. Tanu wants to meet Kohli family. Mitali asks Aaliya to call the maid Gayatri on work again.

Shahana apologizes to Prachi for lying to her. Prachi forgives her. They ask Pragya about her job at the school. Pragya tells that just one kid is troubling her, but he will also be fine soon. Aaliya tells Tanu that she will forgive her, and even Abhi will forgive her if Tanu wins his heart. She asks Tanu to become Abhi’s friend to convince him for marriage when he gets fine. She wants Tanu to interact with Abhi. Tanu agrees to work out her plan. She tells that Abhi is her first love. Aaliya wishes her good luck.

Abhi scares Tanu and attacks her in no time. Tanu begs him to spare her life. Abhi asks her to play along. Tanu refuses and calls her mad. He loses his cool and tells that he isn’t mad. Aaliya and Mitali reach him to save Tanu. Aaliya gets him in control. He begs them for food. Tanu tells that Abhi has become a wild animal. Aaliya asks her to give him some time till his mental problem is cured. She tells that they can’t lose hope. Mitali takes the food for Abhi. Mitali realizes that Abhi doesn’t even know how to consume the food.

She feels so sorry for him. Pragya meets the doctor to know about Abhi’s condition. She asks him to tell him about Abhi so that she can understand and help him. Doctor finds her worried for Abhi. He tells about Abhi’s disturbed mind, he has lost control on his body, he had internal bleeding in his brain and didn’t had improvement till now. Pragya gets depressed on knowing that Abhi may never recover. How will Pragya help Abhi? Keep reading.

Reviewed Rating for Kumkum Bhagya Abhi wild avatar 8th March Full Update: 4/5 This rating is solely based on the opinion of the writer. You may post your own take on the show in the comment section below.