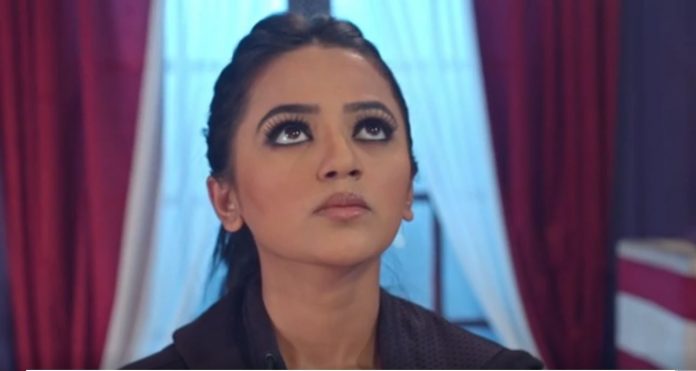 Ishq Mein Marjawan 17th March 2021 Written Update Riddhima to die Riddhima is caught red-handed by Vansh. He starts suspecting Riddhima and her motives. He really believes that she is some enemy staying in Riddhima’s place. He wants to know the person who had sent her to VR mansion and with what intentions. He doesn’t know clearly if she is Riddhima or her look-alike. The fact he believes that Riddhima can never cheat him, she can give his life, but can never stab his trust.

Vansh tells Angre that he is quite suspicious about Riddhima who is acting really strange. He tells that they have to keep an eye on Riddhima. He asks Angre to not think anything that Riddhima is his wife, she can’t be permitted access to every secret place. Angre tells him that Riddhima would have gone there out of curiosity to see if Vansh’s business is getting any threats. Vansh doesn’t think that Riddhima is still the same, since her love and care were expressed in a different way.

Vansh tells Angre that he had seen a girl in a red dress who resembled Riddhima. He suspects that the same girl is living in VR mansion as Riddhima. Angre has no idea what is Vansh saying. Vansh wants to confirm his doubts first and then search for his Riddhima. Riddhima succeeds to steal the diamonds and take it to Vyom, who had already killed Chang and taken his place in the business circle. Vyom doesn’t reveal his motives behind his enmity with Vansh. Vyom takes Riddhima’s assistance in bringing Vansh down by stabbing his pride.

He can’t see Vansh having any respect and name. He wants to end Vansh’s strength from its roots. Vansh has no idea about Vyom, who secretly plans to send Riddhima to VR mansion once again to steal the ancestral rifle which is the family’s pride. Vansh keeps his grandpa’s rifle with much pride. He knows what it means for Dadi as well. Dadi is also emotional about her husband’s last sign. She asks Vansh to always protect the rifle and not lose it at any cost. Riddhima is given the task to steal the rifle that would end Vansh’s pride totally. Riddhima steals the rifle on Vyom’s orders. She gets caught once again. Dadi loses her cool.

She asks Vansh to shoot Riddhima with the same rifle which she tried to steal and harm their pride. Dadi behaves strange and cold towards Riddhima, as if she is also hiding something. Dadi asks Vansh to punish Riddhima and not forget her huge sin. Vansh is in a dilemma over the new Riddhima’s doings. What will Vansh do? Will he shoot Riddhima or spare her to know her boss’ details? Keep reading. Comment below if you have any views on this show.

Reviewed Rating for Ishq Mein Marjawan 17th March 2021 Written Update Riddhima to die: 5/5 This rating is solely based on the opinion of the writer. You may post your own take on the show in the comment section below.