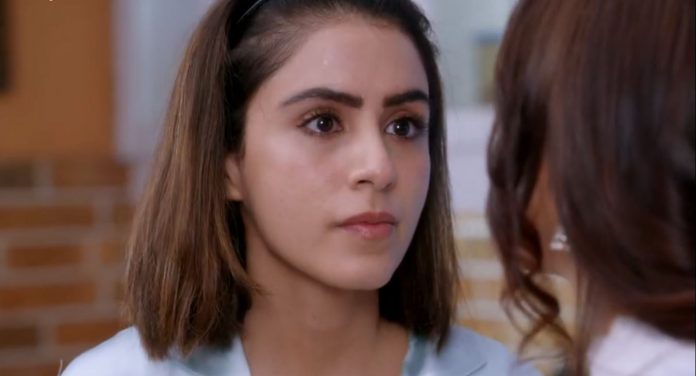 Kundali Bhagya 23rd March 2021 Kumkum Bhagya Update Mahira warns Preeta that Karan will leave her and come back to his old lover. She asks Preeta to get careful and count the days, its the first day of her destruction. Preeta takes the warning lightly. She doesn’t let Mahira assume her weak or scared. She believes that Karan loves her and will always loves her. She wants Mahira’s misunderstanding to get cleared. She knows that Mahira’s hopes will fall flat when Karan doesn’t entertain her. Mahira doesn’t reveal that she has joined hands with Prithvi, Sherlyn and Akshay as well. Akshay blackmails Kritika about making her pictures viral.

He demands a huge amount to secure his future. Kritika falls in his trap in order to save her marriage with Prithvi. She doesn’t realize that Akshay is just a medium to distract her focus from Prithvi’s matter. Prithvi acts to learn the problem and become the problem solver for Kritika. Will Kritika really fall in Prithvi’s deceptive trap? Keep reading. Comment your views on Akshay’s return.

Preeta suspects that Prithvi is following her. Karan meets her and finds her with a knife. He asks her the reason for showing him the knife. He doesn’t tell him anything. He is thankful to her that she has done a lot for the family. She tells him that she loves him and also his family. They find Mahira secretly overhearing their talks. Karan doesn’t say anything to Mahira. Mahira thinks she has won his trust. Preeta tells her that just she knows the truth. She adds that she doesn’t think Mahira can do anything.

Mahira tells that Karan cares for her. Preeta adds that she doesn’t want to comment anything, she will not waste her time on anything such. Mahira tells that she will make the lie true. She asks Preeta not to think much, Karan loves her just because she is staying along. She asks Preeta to know that Karan is a good man. Mahira doesn’t want Preeta to insult her. Preeta warns Mahira against crossing her limits. She asks Mahira not to spoil her relationship. She threatens Mahira to not spare her if she does anything wrong. She has taught a lesson to Prithvi as well.

Mahira tells Preeta that its first day that she will start getting away from Karan. Preeta has faith on Karan. On the other hand, Sherlyn gets insecure that Mahesh will recover and expose Prithvi and her truth. She takes the injection to kill him with the poison. She gets caught by Parminder. Parminder takes the injection from Sherlyn’s hands. She hears Sherlyn’s intentions of killing Mahesh. She is shell shocked. Rakhi arrives at the same instance. She learns about Sherlyn’s crime from Parminder. She can’t believe it. Sherlyn gets confronted. Prithvi apologizes to Kritika for breaking her heart. She is stressed about Akshay.

She avoids Prithvi for some time. Prithvi is angry by her behavior. He tells that he would have not tolerated her if she wasn’t a Luthra. Kritika gets Akshay’s call. He blackmails her once again. She gets scared and switches off the phone. Prithvi keeps a watch on her. He wants to see what’s happening. He switches on her phone and checks the call log. He wonders what did Akshay tell her that she got scared. He messages Akshay to know what’s the matter. Akshay replies with the blackmailing message and demands 20 lakhs. Prithvi learns that Akshay is blackmailing her.

Aaliya explains Tanu that just Rhea can help her out in making a relation of lifetime with Abhi. She tells that once Abhi recovers, he will not accept Tanu in his life, but if Tanu pleases Rhea and keeps her in control, then Abhi will have to listen to Rhea’s wish. She adds that Rhea should wish to have Tanu as her mother, only then Abhi will agree.

Tanu understands what Aaliya means to say. Pragya overhears their conversation. She realizes that Aaliya is manipulating Tanu this time, like she had manipulated Meera to marry Abhi. She wants to stop Aaliya’s plans. She realizes that Tanu isn’t a good person and is just eyeing Abhi’s richness. Pragya decides to save Abhi. Aaliya asks Tanu to win Rhea’s trust and show love for her by planning her engagement. She tells that Abhi can forgive Tanu only if Rhea tells him. Aaliya is using Rhea’s sentiments again, which angers Pragya.

Reviewed Rating for Kundali Bhagya 23rd March 2021 Kumkum Bhagya Update: 2/5 This rating is solely based on the opinion of the writer. You may post your own take on the show in the comment section below.