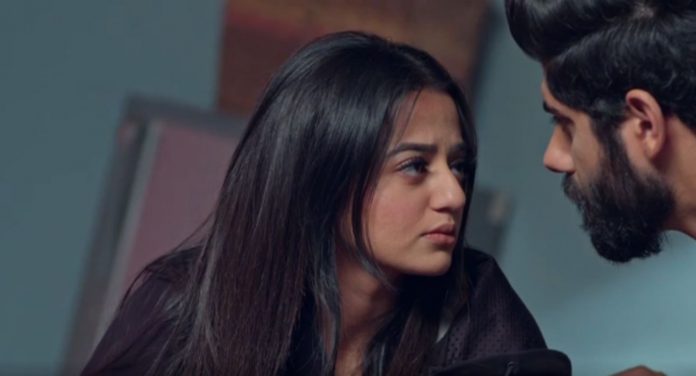 Ishq Mein Marjawan 30th March 2021 Update Riddhima shocking proof Riddhima tries hard to prove her identity to Vansh. He doesn’t believe that she is Riddhima, after seeing her character swings. He believes that she can’t be his wife, who was the other name for love and faith. He doesn’t have any faith on the duplicate. He has kept her alive by much difficulty and planning. He reveals how he had made the plan along with Angre to fool Aryan and fake kill Riddhima only to keep her captive. He tells her that he has kept her alive to get the secret out of her heart.

He wants to know about his wife’s location. She repeatedly tells him that she isn’t any imposter, but Riddhima herself. She claims that she isn’t hiding any secret, she is his wife and needs his love than suspicion. She asks him to kill her if he can’t show faith. On the other hand, Chanchal is angered that Aryan didn’t win Dadi’s trust and get any hold on the business. Aryan is already tempered about losing to Vansh. His woes get ahead when Kiara insults him by a comparison of Vansh and Aryan. She tells Aryan that he is nowhere close to Vansh.

She asks him to stop competing with Vansh. Aryan gets angered when Kiara hurts his ego. Kiara gets a chance to mislead Vansh and takes him away from his office for a while. Riddhima tries hard to convince Angre that she is the real Riddhima. She tells him that she had chosen him for Ishani by seeing his loyalty towards Vansh.

She tells that she is sure that he will keep Ishani happy. Vansh falls in Kiara’s trap when she fakes an injury. She tries to spend time with Vansh. She keeps him engaged, while Ishani finds a chance to romance Angre after realizing the need of love in her life.

Ishani spends a night with Angre to consummate her marriage. Dadi shows her hatred for Riddhima once again. She wants Vansh to earn back her broken trust. She tells him that its his blind love for Riddhima that ruined their family reputation. Vansh promises to fix everything. He meets Riddhima to interrogate again. He wants to get details of his wife. Riddhima mentions few instances of their personal life to prove that she is Riddhima. Angre tells Vansh that they might be suspecting the real Riddhima. Vansh doesn’t agree with Angre.

He doesn’t fall in his words. Later, Vansh loses track of Riddhima. He realizes that someone has tricked Angre and him. Who is the person helping Riddhima? Vansh disapproves Riddhima’s claims. In the next episode, he asks Riddhima to consume the poison to prove her love. She denies to drink the poison. Vansh rebukes her for the cheat. Riddhima kisses Vansh to prove her love. Will Vansh fall in her cunning trap? Is she really Riddhima? What do you think? Comment your views and keep reading.

Reviewed Rating for Ishq Mein Marjawan 30th March 2021 Update Riddhima shocking proof: 5/5 This rating is solely based on the opinion of the writer. You may post your own take on the show in the comment section below. 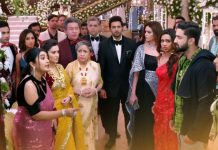 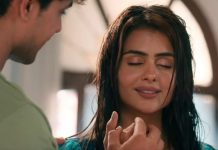 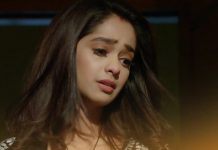