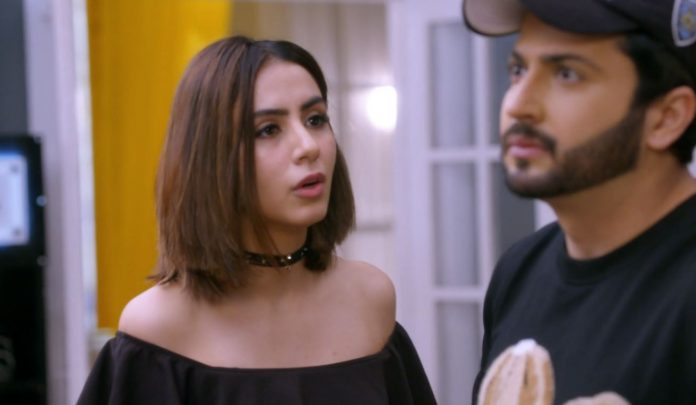 Kundali Bhagya 13th April 2021 Full Update Mahira revelation Rakhi asks Preeta why did she run away. Preeta cries a lot seeing Karan’s faith on her. Karan stops Preeta’s arrest, despite ACP’s warning. Karan and Preeta defend each other. ACP tells that he will arrest Karan as well. Preeta stops them from arresting Karan. She admits her mistake, leaving the entire family shocked. Karan can’t believe that Preeta had killed Akshay.

Preeta tells Karan that she didn’t commit the crime intentionally. She reveals to the family that Akshay was troubling Kritika by making phone calls, she had met Akshay just to warn him, but he misbehaved with her, leading to their heated argument. She admits that she had hit Akshay on his head, but she didn’t know that he would die by the hit. Preeta’s confession leaves the family in shock.

Preeta apologizes to Karan for not sharing the truth with him before. Karan gets upset that she has never shown faith on him. He asks her to keep her tales with her. He asks ACP to do his duty. Kritika worries for Preeta. Preeta finds Mahira signing about the three-day challenge, which she ultimately won. Kritika and Rakhi break down. Kareena tells Mahesh that they can never believe Preeta. She wants the family to not support Preeta. Mahesh believes that Preeta is right. He tells them that Preeta is like his daughter, he will help her out in any situation.

Bani tells Mahesh and Suresh that they will not get involved in Preeta’s matter. Suresh asks them to consider Preeta’s situation, even her arrest will get them defamed. Mahesh tells that he can’t sit back when Preeta is in trouble. Kareena limits him from doing any good to Preeta. Rakhi informs Sarla about Preeta’s arrest. Sarla tells that Preeta can never kill anyone, her values aren’t such. She blames Rakhi for not stopping the arrest. Rakhi feels helpless. Kritika reaches Karan to get his help for Preeta.

He asks her to just get her statement recorded. She regrets that she couldn’t tell anything to Karan. Like Karan, even Prithvi is worried for Preeta. Prithvi tells Sherlyn that Karan should save Preeta from the police. Sherlyn gets upset seeing him tensed for Preeta. He tells her that he would have helped Preeta if he could. He wants Preeta back home. Sherlyn slaps him seeing his madness for Preeta. She tells him that she will kill him if he shows love for Preeta again. She can’t see his love for Preeta.

She clears that she can never tolerate his love for someone else than her. They argue over Preeta’s arrest. ACP wants to test Preeta’s statement. He tells that Preeta had met Akshay and hit him, but Akshay had died at a later time. He finds some link missing in the story. Kritika arrives at the police station to meet Preeta. ACP tells that Kritika can’t kill Akshay. ACP wonders the reason for Kritika and Preeta’s strong bonding, as if they are sharing a secret. Sherlyn asks Prithvi not to fool her and admit that he killed Akshay.

He denies it. He tells that Preeta can’t kill anyone, maybe Kritika is the culprit. She tells him that everyone is lying about Akshay’s matter. She asks Prithvi to believe the fact that Preeta had hurt Akshay. She wants to know if Prithvi killed Akshay in rage when the latter complained about Preeta. Prithvi tells that he didn’t meet Akshay after Preeta left. Sherlyn finds out possibilities.

She tells that Preeta would have slapped Akshay and hurt his ego. Prithvi asks her not to use her mind. Mahira is glad that she separated Preeta and Karan. She doesn’t want them to unite. She asks Karan to meet Preeta once. He refuses to her. She feels her plan has worked. Will Mahira win in her evil plan? Comment your views on the current track and keep reading for further updates.

Reviewed Rating for Kundali Bhagya 13th April 2021 Full Update Mahira revelation: 3/5 This rating is solely based on the opinion of the writer. You may post your own take on the show in the comment section below.