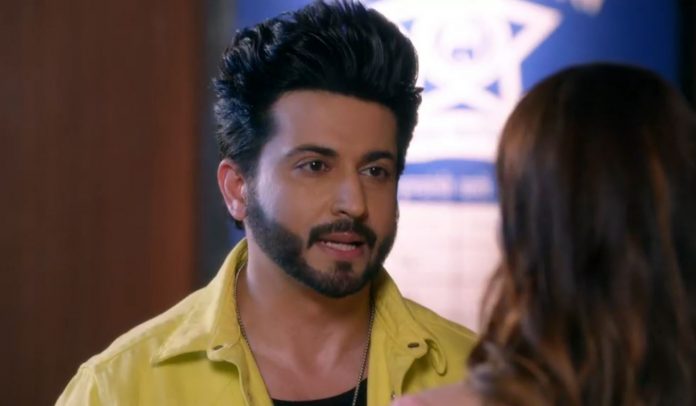 Kundali Bhagya Karan unexpected move 26th April 2021 Shrishti and Sameer check Mahira’s phone and learn about the location where Mahira is going to meet the blackmailer. She keeps Mahira’s phone back and leaves. Sameer asks Shrishti did she break the password. Shrishti tells that she can easily do it, Mahira will know that someone read the message. She wants to follow Mahira and know who is the killer.

The blackmailer is seen getting ready to meet Mahira and Prithvi. Constable tells Preeta that Karan was much upset and worried for her. She knows that Preeta is innocent. Preeta feels sad that Karan is not with her. She misses him and slips back into the wonderful memories. She gets his memories when she is away from him. She finds him the best part of her life. She never knew that she will be married to Karan. She wishes that she gets back to Karan. She wants to find the real killer so that she gets released.

She promises to never get away from him again. Mahira and Prithvi hide the fact that they are going to meet the blackmailer. Mahira rushes away. Prithvi wonders how did his phone get unlocked. He suspects Mahira. Shrishti doesn’t know that she had checked Prithvi’s phone instead Mahira’s phone. Prithvi wants to sell the jewellery and get the money to give to the blackmailer. He lays a trap to know the blackmailer’s identity. Karan comes home and finds Kritika screaming out the truth.

Kritika tells the family that Preeta is not at fault. She admits her fault and involvement in Akshay’s matter. Karan asks her to explain what did she say. Kareena asks Kritika if she has lost her mind to take the blame from Preeta’s head. Kritika apologizes to Sarla, that she couldn’t help Preeta. She tells that Preeta had tolerated humiliation, she got the relations spoilt, she lost Karan’s faith and did everything for her sake. Karan asks her to come to the point. Sarla and Rakhi know that Kritika is involved.

Sarla tells that she already understood that Kritika is involved, but Preeta didn’t reveal the truth. She requests Kritika to tell them the entire truth. Kritika tells them that Preeta loves them a lot, she did everything to protect the family respect. She doesn’t want Karan to stay upset with Preeta. Karan tells that he loves Preeta a lot, Preeta is his wife, he will get her bailed out and bring her home. He asks Kritika to trust him and share the truth so that he can help out Preeta.

Kritika tells Kareena that she loved Akshay, but she didn’t know his actual truth. She exposes Akshay’s truth. She tells them that Akshay was a wrong guy for her, she didn’t listen to Preeta before, she was blind in love. She regrets that she didn’t believe Preeta, who was trying to save her life. She tells them that her life would have got ruined if she married Akshay. She reveals about Akshay’s crime of blackmailing her. She narrates the entire incident to them. Rakhi consoles Kritika.

Finally, they start believing in Preeta. Karan gets moved to know that Preeta had protected his sister. Parminder tells Rakhi that she is lucky to get such good bahus like Preeta and Sherlyn. She makes Sherlyn tensed by hinting about her secret. Moreover, Karan meets Preeta and vents out his anger on her foolishness to tackle all the problems alone. He tells her that Kritika has told him the entire truth of Akshay’s crime. He lends support to her as never before. What will happen next? Who is the mysterious blackmailer? Is Akshay alive and hiding his identity? Comment below and keep reading.

Reviewed Rating for Kundali Bhagya Karan unexpected move 26th April 2021: 5/5 This rating is solely based on the opinion of the writer. You may post your own take on the show in the comment section below.