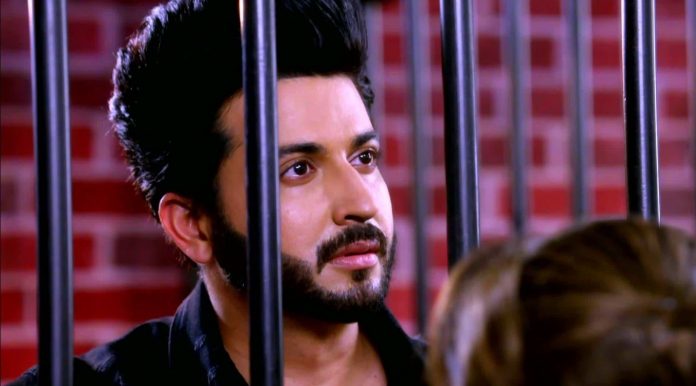 Kundali Bhagya 17th May 2021 Written Update New Karan Preeta runs into Megha at the hospital and follows her, where she comes to know that Megha is pregnant with Akshay’s child. She doesn’t think Megha had killed Akshay, since she sees Megha regretting for the loss of her child’s father. She realizes that Megha needed Akshay in her life, she would not kill him. On the other hand, Prithvi gets angered that Megha is still blackmailing her. He leaves a message for her asking her not to mess with him.

He tells that Megha is really foolish to blackmail him, without realizing the risk. He mentions that she would be falling in trouble if she blackmails him, he has told the Luthras that the blackmailer is the killer, she will be caught if she calls again. He isn’t scared of her blackmailing. He thinks he is safe until Kritika is on his side. Rakhi and Preeta try to keep things normal in front of Mahesh. They are worried seeing his tripping memory. Mahesh recalls and forgets things. Rakhi fears that Mahesh may lose his memory again if he constantly deals with stress.

She doesn’t want Mahesh to get stressed about Karan’s arrest. Mahesh tries to bail out Karan by speaking to his lawyer. He wants to ensure that Karan comes home soon for Preeta’s sake. Mahesh turns caring towards Preeta. He fails to tolerate her tears.

He holds himself responsible for not being with his family when they needed him. He also misses Rishabh, who would have protected Karan. Mahesh and Rakhi become parents for Preeta and totally support her. Pammi grows more insecure and feels neglected in the family. She joins hands with Sherlyn to make things tougher for Preeta. Preeta gets close to the truth when she targets Megha. Preeta decides to interrogate Megha and reach the truth.

Moreover, Prithvi meets Karan and hurts him by his bitter remarks that he is really happy to see Karan behind the bars. He adds that he will pray and wish that Karan never gets freed. Sarla and Kritika happen to visit Karan and see Prithvi there. Kritika and Sarla are shocked by Prithvi’s statement. Sarla loses her cool and wants to rebuke Prithvi, but Karan stops her. Karan asks Sarla to let it go, since his terms with Prithvi isn’t good. Sarla finds Karan getting more mature and calm. She is happy to see a new Karan created by Preeta’s love.

Kritika requests Prithvi to come along to visit Karan. He tells her that she has to command him, not make any request. He tells that he will come with her. He gets Megha’s calls again. He can’t answer the call in front of Kritika, since his truth can come out. He doesn’t want Kritika to know his evil. She asks him to answer the urgent call. He tells that its his irritating friend, who is just bothering him since a long time. He tells that its important to meet Karan first.

Megha is busy blackmailing to get money. Prithvi learns that Megha has a proof that could save Karan from the murder case. She thinks Megha knows the killer. Megha doesn’t see Preeta around. She pays gratitude to the doctor who is helping her a lot. Preeta realizes that Megha is very cunning, she is fooling the doctor with her innocent talks. Shrishti calls Preeta to inform that she had made the tiffin ready for Karan.

Preeta thinks to share the new findings with Shrishti. Prithvi makes fun of Karan and laughs at him that he is in the lockup. He asks Karan if he will play cricket in the lockup. Karan keeps silence. He tolerates Prithvi’s nonsense for Kritika’s sake. Prithvi tells that Karan is paying for his deeds. Karan ends up laughing when Prithvi curses him. Karan tells that he didn’t get jailed forever, he came in the lockup by his wish, he can come out any time and make Prithvi learn a lesson.

Prithvi changes his tone and tells that he was just joking. Sarla cries for Karan. She asks Karan to stay strong. She tells that he had taken the problem on his head to save Preeta. He tells that they are one family and love each other, its not important what they did for each other. He adds that he just kept his promise and sent Preeta home with the family. She blesses him. Prithvi gets jealous.

He still thinks that Preeta can be of him if Karan gets jailed forever. Prithvi tells that he is smiling happily that Karan is in the jail. Karan asks him not to anger him. Prithvi tells them that Karan is happy in the jail, he should be in the jail lifetime if he wants. Kritika and Sarla stop him from saying anything wrong. Sarla asks Prithvi to say positive things. Prithvi asks her not to misunderstand him, he is just saying what Karan told him. He acts foolish and further angers Karan.

Kritika regrets to get Prithvi along. Prithvi makes a leave, dancing and provoking Karan. Karan tells Sarla that she shouldn’t worry about Prithvi’s foolishness. Sarla wishes that Karan gets the bail soon, Later, Preeta meets Sameer and Shrishti to disclose the fact that Megha is pregnant. Sameer tells that Ruchika had lied to them, Megha will not kill Akshay in this situation. Shrishti knew that something is wrong, Megha isn’t involved in the murder. Who is the real killer? Comment your views and keep reading.

Reviewed Rating for Kundali Bhagya 17th May 2021 Written Update New Karan3/5 This rating is solely based on the opinion of the writer. You may post your own take on the show in the comment section below.