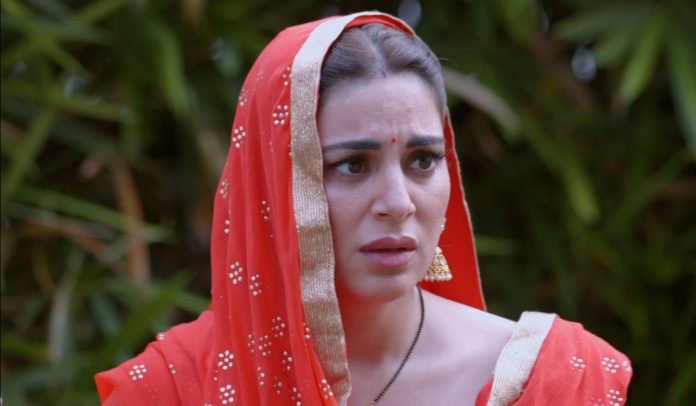 Kundali Bhagya 19th May 2021 Written Update Preeta stunner Someone in disguise snatches Akshay’s phone from Preeta. Preeta fights with the person, but fails to save the evidence. Sameer and Shrishti sense that Preeta is in some trouble. They go to help Preeta and find someone running away. Megha, Ruchika and Akshay’s mum find Preeta in the house. Ruchika tells that they should catch Preeta. Megha worries on knowing that Akshay’s phone is stolen.

Prithvi knows that Kritika is upset and avoiding him. He doesn’t want her to lose faith on him. He wants to convince Kritika so that he gets her support. He tells that he loves Preeta, she is too sweet, she is his favorite before Sherlyn. He doesn’t know if Kritika will believe him now. He thinks to settle in Luthra house just for Preeta’s sake. He is hopeful to win Preeta by using Kritika’s trust. Kritika meets him. He asks Pammi to help him in convincing Kritika.

Pammi knows that Prithvi is very clever, he is already having an affair with Sherlyn. Prithvi finally convinces Kritika. Pammi tells that Prithvi is very charming, he can do anything to convince women. She tells that she can see his sharp nature, she knows his truth and can tell Kritika as well. Kritika asks what is she saying. Prithvi tells that he isn’t aware of it. Pammi tells that she will tell Prithvi’s secret and save Kritika’s future. Kritika asks her what is it. Shrishti runs to stop that person. She gets hurt.

Sameer follows the person. Megha confronts Preet and Shrishti for stealing Akshay’s phone. Preeta apologizes to Akshay’s mum. She defends Karan and herself from the blame. She tells that she wants justice for Akshay, she wants to find his real murderer. Megha asks Preeta not to make stories. Preeta asks Megha to tell the truth to Akshay’s mum. Megha denies to know anything. Shrishti tells that Ruchika had come to the court to tell the truth that Megha is Akshay’s murderer.

Ruchika tells that she was angry on Megha and took that step, but later she kept her friendship with Megha, she didn’t give any statement against her. Preeta asks Ruchika and Megha to bring out the truth if they loved Akshay, they should get justice for him. She reveals that Megha was blackmailing someone. Megha acts innocent and lies in front of Akshay’s family. Preeta asks her to help them in their justice fight. Akshay’s mum breaks down and ousts Preeta and Shrishti.

Megha gains her sympathy. Pammi tells that Prithvi’s secret is his charm, his sugary talks, by which he can win anyone’s heart by love. Prithvi is relieved that Pammi didn’t reveal his actual truth. She warns him against cheating Kritika. Prithvi tells Kritika that he was dying to see her smile. He thinks to handle Megha and then Pammi. He makes a work excuse in front of Kritika.

Shrishti gets the earring, which is the proof against that escaped person. Preeta tells that she is close to identify that earring. She reveals a big surprise that she has got Akshay’s phone, the person had run away with the wrong phone. Sameer and Shrishti get happy with her smart move. Preeta tells that she took the dummy phone to replace Akshay’s phone. Shrishti sings her praises. Preeta asks Shrishti to unlock Akshay’s phone and find the evidence. She thinks to reach the killer and prove Karan innocent. Who is the real killer? Keep reading.

Reviewed Rating for Kundali Bhagya 19th May 2021 Written Update Preeta stunner5/5 This rating is solely based on the opinion of the writer. You may post your own take on the show in the comment section below.