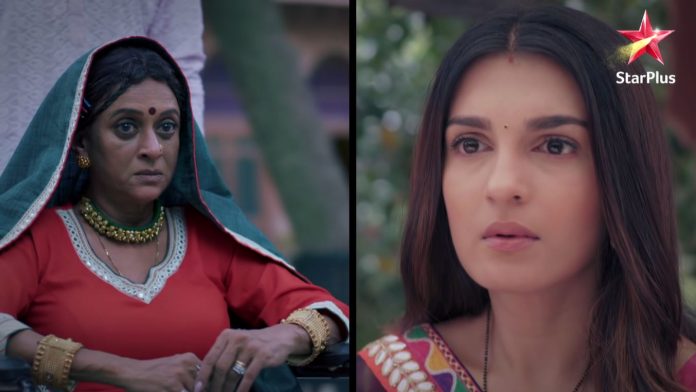 StarPlus Spoilers 5th June 2021 Upcoming twists Shaurya Aur Anokhi Ki Kahani: Anokhi faces a big insult when the college students learn about Shaurya and her marriage. She justifies that she has married Shaurya by her consent, Shaurya is also an adult and can decide for his life. She asks the students not to bother her, but they keep nagging her for having an affair with her professor to score good marks. She fails to defend herself. She is left with an only way to run away to save her name. She didn’t imagine that she would face such a humiliation in Shaurya’s absence.

Shaurya faces a let down when Tej deliberately sends him away to Patiala for the new branch setup. He tells that he is ready to tolerate any schemes from his family, but he will not tolerate if his family does anything wrong with Anokhi. He tells that he will see to it that Anokhi stays fine. Anokhi faces another challenge when she gets rusticated from the college by the authorities’ decision. She doesn’t deter. She goes to confront Shaurya’s family, the board members about the decision. She realizes that she is paying a price for loving and marrying Shaurya. How will Anokhi fight this injustice? Keep reading.

Pandya Store:
After Suman learns the entire truth from Rishita about Dhara dividing the family, she decides to confront Dhara. Suman can’t let Dhara have her way always. She realizes that Dhara has taken a big decision and didn’t think of informing her. She is much hurt that Dhara kept this secret and also threatened the family of ending ties with Gautam. Suman knows that Dhara has always been responsible towards her children, and loved them as her own children. She doesn’t throw anger at Dhara, and instead accepts her decision heartily, after seeing Rishita’s indecent behavior. Will Suman bring a relief by forgiving Dhara? Keep reading.

Reviewed Rating for StarPlus Spoilers 5th June 2021 Upcoming twists: 3/5 This rating is solely based on the opinion of the writer. You may post your own take on the show in the comment section below.