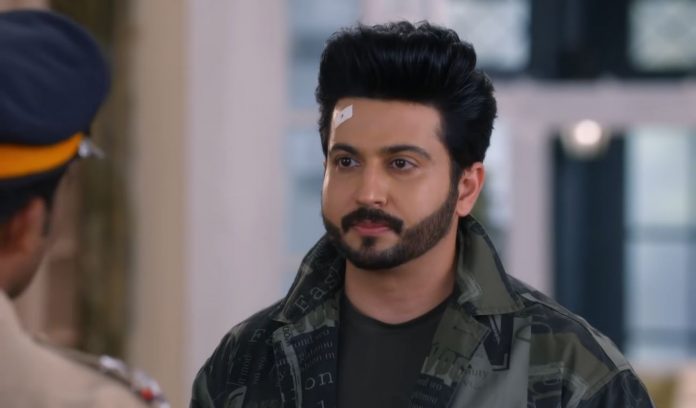 Kundali Bhagya 18th June 2021 Written Update Karan departs Pammi warns Mahira against showing interest in Sameer. Mahira angrily clears to her that she has no interest in Sameer, she likes Karan. Pammi asks her not to take interest in Karan, who is married to Preeta. She tells that Karan won’t have any second marriage, its not permitted to him. She warns Mahira against eyeing the Luthra boys. Mahira calls her really mad. Pammi loses her cool. She asks her not to trap Sameer or Karan. Bani feels proud of Rakhi. She tells that Rakhi has taken a right decision to protect Karan, when he is innocent in the case.

She informs that police got to know about Karan’s location, police would be coming there any time. She asks Rakhi to bring Karan to the Luthra house. Rakhi gets alert. She doesn’t want to tell the truth to Mahesh and Karan, who are in favor of Karan’s surrendering to the police. She hides the truth from Karan. She tells Karan that Bani has called just now, she is unwell and wants to see Karan at the earliest. She asks Preeta to inform the entire family and gather them.

Rakhi brings back the family home. The family reunion happens after a long time. Bani and Kareena get happy to see the family home. Prithvi feels he couldn’t inform the police because of Kritika. He wants to go and inform the police that Karan is at Luthra mansion. Karan hugs Bani and gets emotional. Prithvi follows Karan. He goes aside and calls the Inspector. He tells that Karan is returned to his house. Inspector asks him to stop joking, Karan isn’t at his house.

Prithvi tells him that Karan has come back with his family to his mansion, his entire family is involved in the crime. He informs that Shrishti is involved entirely. He also clears Sherlyn and Prithvi’s name. Inspector warns him to get him punished if the information is wrong. Prithvi tells that it won’t be needed. Inspector takes the lead. Girish gets nervous on seeing the police outside the house. The family gets scared.

Mahesh tells them that their decision was wrong, Karan is a celebrity, the media will ruin his name after knowing his mistake to break the prison. Mahesh asks them to rectify their mistake. Pammi asks Mahesh to go to his room and not face the police. Preeta asks Shrishti not to tell anything to them. Shrishti tells that they can hide Karan in the water tanker, the police won’t find him there. Rakhi likes the idea. She tells that she will hide Karan. She takes Preeta to help. Mahesh finds them doing wrong again. Rakhi attends the police.

Mahira asks Preeta why didn’t she let her meet Karan. She tells that police will arrest Karan again. Rakhi doesn’t find Karan in his room. She calls him up. Mahira doesn’t want Karan to leave. Prithvi tells Sherlyn that he has informed the police that Karan is in the Luthra mansion. He doesn’t want anything wrong to happen with Sherlyn. Prithvi tells that he has defeated Karan and Preeta again. Sherlyn tells that they always win, because they are the best. He tells that Karan will see his end today. He asks her to be ready to see Karan’s destruction. She is much excited.

Prithvi tells Sherlyn that he is going after Rakhi. He asks Sherlyn to keep an eye around, and just inform him if she spots Karan anywhere. He wants to get Karan arrested at any cost. Prithvi makes a leave. Shrishti apologizes to Mahesh. She tells that its her worst idea of Karan’s kidnapping. Bani tells that Shrishti has done the right thing. Kareena is also happy that Karan is with them in the family. She doesn’t care for anything else. Mahira also supports the family, but not Shrishti’s idea, adding that Karan has fallen in more risk now.

Karan surrenders to the police. He goes away with the police without any objection. The entire family gets upset seeing Karan leaving. While some of them shed tears, some of them get really happy. Prithvi pretends to be concerned for Karan. Preeta notices his behavior. She later criticizes him. Prithvi tells Preeta that he liked the way Karan cooperated with the police and left. Preeta confronts him for tipping the police and calling them home to get Karan arrested. Prithvi denies it. Preeta rebukes Prithvi and tells that he can never cause any harm to the family until she is with Luthras. Comment your vies on the show. Keep reading.

Reviewed Rating for Kundali Bhagya 18th June 2021 Written Update Karan departs: 5/5 This rating is solely based on the opinion of the writer. You may post your own take on the show in the comment section below.