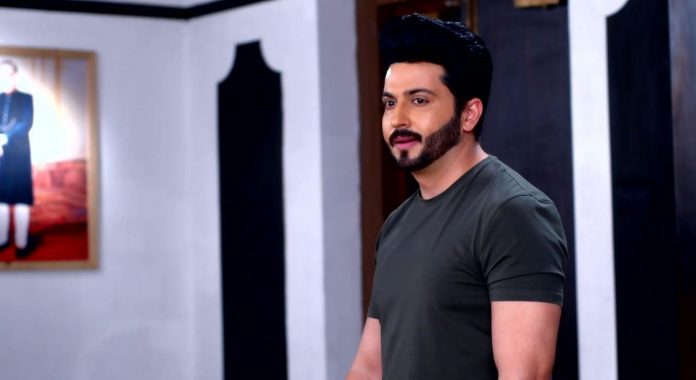 Kundali Bhagya 25th June 2021 Written Update Verdict time Kareena confronts Preeta. Preeta tells them that Karan is in the jail because of Sherlyn. Kareena asks Rakhi to think of Rishabh before doubting Sherlyn. She reprimands Preeta for venting personal enmity without thinking of Sherlyn’s pregnancy. She calls Preeta a selfish woman. Rakhi asks Preeta if her blame is true. She wants to be sure that Preeta has a valid reason for the accusation. She tells that the entire family will be shocked and broken down if Sherlyn is really the murderer.

She doesn’t know the consequences when Rishabh will learn the blames on Sherlyn. Preeta knows that Rakhi will feel bad seeing her children’s lives in trouble. She has no way to expose the culprit. She has to make the truth triumph. Sherlyn panics that her argument with Preeta didn’t help her out. All her efforts go in vain. She shouts on Prithvi in anger. She corners Prithvi to tell him that Preeta suspects them to have an affair.

She tells that Luthras may come to know that she is carrying his child. She tells that Preeta wants to send her to the jail. She asks Prithvi what would happen of him if they get caught. Kritika overhears their conversation. She questions Sherlyn about their relation. She misses to hear that Prithvi has fathered Sherlyn’s child. Prithvi sees Kritika behind and alerts Sherlyn, but he gets late. Kritika confronts them. Prithvi seems to have run out of his cunning excuses this time. Sherlyn worries by his silence.

After the court resumes, the judge gives the verdict in Karan’s favor. Karan gets freed from all the charges in the murder case. He happily looks forward to return home with Preeta and family. He is thankful that Preeta saved him from the imprisonment and also found the real culprit. Luthras thank Preeta for keeping her promise and getting Karan freed. Kareena is still upset that Preeta had blamed Sherlyn for the murder.

Sherlyn covers her crimes once again by defending herself that she had gone to meet Akshay for Kritika’s sake. She gets praised by Kareena. Karan and Preeta realize that Sherlyn is lying once again and fooling the family. They want to find some way to expose Sherlyn’s real face to the family. What will they do? Keep reading.

Sherlyn seeks help from Mahira, but the latter refuses to get involved and fall into trouble. Mahira has to stay in Karan’s good books, knowing he is going to get freed any time now. Preeta reaches Sherlyn to warn her. She tells that she will get justice and get Sherlyn punished. Sherlyn still denies the blames. She opposes Preeta and also warns her back that Preeta will pay for her actions for false accusing her. Sameer finds Preeta losing her confidence after speaking to Sherlyn. Preeta grows worried.

She tells him that the entire truth will come out with the single thing getting revealed, if she is accused with Akshay’s murder and the crime is proven, then even her pregnancy truth will come out, everybody will know that he is the father of her child. She asks him to at least respect their relationship and help her. Kritika coincidentally comes there and overhears them. She asks Prithvi what is Sherlyn telling him. Prithvi finally comes up with a fresh excuse to trick Kritika. Soon, the court hearing resumes.

The police verifies that the evidences provided by Preeta are true. Karan’s lawyer requests the judge for his freedom. Sherlyn also makes a request. She wants a chance to prove her innocence. Akshay’s lawyer brings the manipulated evidences in Sherlyn’s favor. Sherlyn then plays a move and accuses Akshay’s girlfriend Megha for the murder.

She admits that she had to steal Rakhi’s jewellery to give the money to Megha, who was blackmailing her. She tells that she had gone to just do good for the family. She adds that she met Akshay to get Kritika’s pictures from him, knowing he was blackmailing Kritika. The Luthras are shocked to know about Sherlyn’s good intentions. Sherlyn also gets saved from the court. Keep reading.

Reviewed Rating for Kundali Bhagya 25th June 2021 Written Update Verdict twist: 5/5 This rating is solely based on the opinion of the writer. You may post your own take on the show in the comment section below.