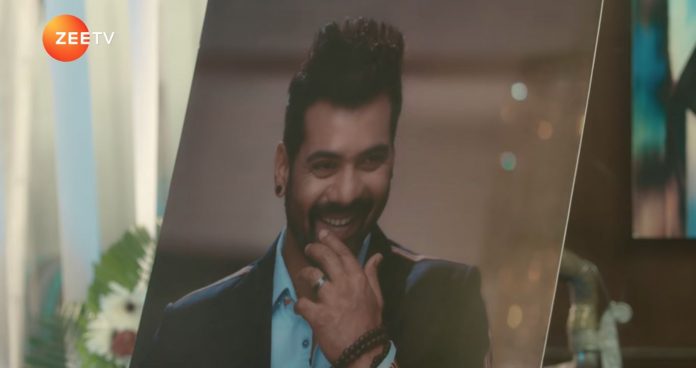 Kumkum Bhagya 24th June 2021 Written Update Abhi story Aaliya asks Tanu if she had really seen Pragya. She finds Tanu crazy. She reminds that they had killed Pragya by sending Pradeep to fail the car brakes. She tells that Pragya had no status to go to a five star hotel. She doesn’t believe Tanu. Tanu tells that she had seen Pragya and could have caught her if she got an entry in the hotel. She cries on her bad fate. She tells that she never wished for a poverty-stricken life.

She adds that she hates Abhi and also Aaliya. Tanu gets stressed for a bad omen. Pragya doesn’t hear Abhi because of the call. Sushma speaks to him, unaware that he is Abhishek Mehra. Abhi and Pragya get hindered by the sudden rains. He jokes on the NRIs who don’t even enjoy rains. Sumit asks him not to upset his client. Abhi fixes her car and asks Sumit to collect the money. He doesn’t wait there to take the money. He goes before Pragya sees him.

Meanwhile, Tai ji shows the mirror to Tanu. Tai ji’s arrival creates chaos in the house, since there is just limited space for the family to stay. Tai ji becomes an extra member to share the space. Mitali and Tai ji get into an argument, but Tai ji spares her. Tai ji gets into an argument with Tanu, calling her the bad luck for Abhi and Mehras. Tanu didn’t know that Abhi will give her a life of poverty. Fate teaches the best lesson to Tanu, when she loses everything to her greed.

She doesn’t even get peace after committing the crime of attempting to murder Pragya. Tanu gets occupied with thoughts of Pragya present at the hotel. She thinks to visit the hotel and find about Pragya. Tanu gets so fed up with her life, that she thinks this will be the good way to look ahead. She decides to find out if Pragya is alive and if yes, then how did she survive, where was she till now and how did she become so rich and powerful.

Tanu wants to get the answers and also inform Aaliya about the findings. Will Pragya ever learn Abhi’s side of sorrowful story, about Rhea’s suicide attempt and the things that went awry for him since her leaving? Will Pragya be able to know the real truth and fix things in their lives? Do you think Kumkum Bhagya got interesting with this new journey of Abhi and Pragya? Comment your views and keep reading.

Abhi feels Pragya’s presence while repairing the car with Sumit. He looks for her, but doesn’t get to see her. Pragya sits in the car and waits for the repairing to end. Ranbir gets a good news that the investors liked the idea of the startup, but want to buy the idea instead becoming the partners. Ranbir doesn’t want to sell his startup idea. He wants to make the initiative and get successful.

He returns home with the news that he couldn’t get the deal. Prachi doesn’t think it matters. Ranbir speaks to his cousin, who wants him to return home and handle the business. Ranbir asks him not to help them further, since he has already given a job to Prachi. Ranbir praises Prachi for having a successful career. Prachi doesn’t want Ranbir to belittle himself. She likes his amazing ideas. She asks him to find a person who will know his worth. Ranbir and Prachi ask the guy to get married. The guy wishes that he wants a supportive wife like Prachi. Ranbir is glad that he got Prachi in his life.

Prachi gets enough hearing the sweet talks. She surprises them by making sweets. The guy tells Ranbir that he is really lucky to get Prachi. Ranbir wants to spend some quality time with Prachi. She tells that she has no time to sit back now. She adds that she can give her life for him. Ranbir and Prachi share a romantic moment. Prachi hasn’t seen a strong love like Abhi and Pragya’s love. She misses Pragya. Pragya and Abhi are not even a meter away, and still don’t see each other.

Pragya feels his presence, but can’t imagine that he could be with the mechanic. She looks around for rich Abhi, while he is there like a commoner. Tanu calls Abhi home to celebrate his birthday. Abhi doesn’t think he has his family with him. He doesn’t want to go home where he has nobody to call his own. Pragya feels cheated. She wonders if he is celebrating his birthday with rich people.

Tanu grows restless with the thought that she is going to lose something precious. The family members know that they have turned poor and Tanu has nothing precious left. Tanu tells them that Abhi has a silver ring, that’s the precious thing she could lose. She rushes to Abhi to get the silver ring. Aaliya jokes that Tanu wanted his business shares before and now a silver ring. Abhi misses Pragya who used to celebrate his birthday every year. He thinks of the golden memories of their life.

He wishes that Pragya appears in front of him like before and confesses love. He loves Pragya a lot. He still wants her to make his life special. Sumit fixes the car and gets the payment. Pragya’s earring falls down there. Abhi picks his stuff. He gets Pragya’s earring and goes to return. By that time, Pragya departs. Abhi asks Sumit to take the earring from him when Pragya calls him to ask for it. Tanu reaches Abhi again to take him home. Abhi runs away with Sumit. Ranbir wishes to get Prachi’s attention.

He feels lucky when she gets scared of the cockroach and hugs him. He professes his love, that’s just getting higher every day. Ranbir and Prachi miss Abhi and Pragya and talk about them. Aaliya lectures Mitali. Tai ji asks Mitali to keep her own value. Mitali tells that she had helped Tanu and Aaliya by going against Abhi. Tai ji regrets that she also got blind by the greed. Baljeet awaits Abhi home. Pragya realizes that she lost one of her earrings. Abhi wishes to be happy. He whistles. Pragya gets to hear him and recalls Abhi’s signature whistling style. She gets affected by his presence again. Keep reading.

Reviewed Rating for Kumkum Bhagya 24th June 2021 Written Update Abhi story: 2/5 This rating is solely based on the opinion of the writer. You may post your own take on the show in the comment section below.