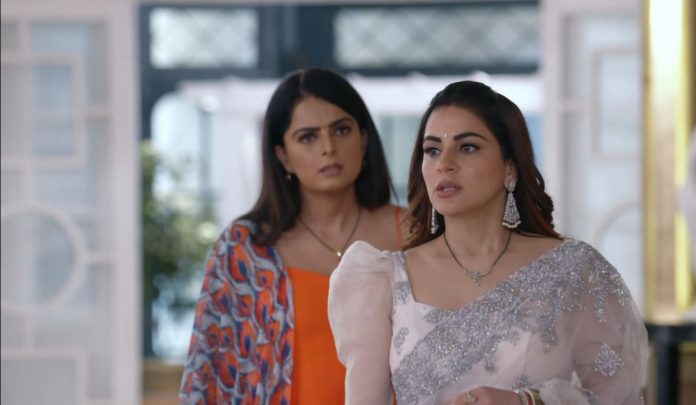 Kundali Bhagya 26th June 2021 Written Update High drama Sherlyn lies in the court that she had met Akshay in the hotel room, knowing he was blackmailing Kritika about her pictures and videos. She adds that she had checked Kritika’s phone, Akshay was blackmailing for money, he had threatened to make her pictures viral. Prithvi knows that she is very clever and played a safe game. Sherlyn tells them that she isn’t expressive, but she really loves the family, they didn’t know that she wishes their good. She tells the court that she was meeting Megha just to help Karan, she finally got the proof that Karan is innocent.

Mahira knows that Sherlyn proved herself innocent and failed Preeta’s game of blames. She knows that Sherlyn will be proved the best Bahu of Luthra family. Sherlyn adds that she didn’t wish her family to suffer and lose reputation. She tells that Megha was blackmailing her for the same reason like Akshay, she wanted to ruin Kritika’s life and defame the family. Prithvi likes the story. He loves Sherlyn even more. She adds that Megha finally blurted out the truth that Karan is innocent. The judge asks Sherlyn why was she silent when Preeta accused her.

Sherlyn tells that she wanted to get evidences in her favor, she didn’t know that she will get accused. She asks the judge to check the phone recordings, Megha is threatening her, she didn’t tolerate Akshay going to Ruchika, she had killed him. She plays the recording that proves Megha wrong in the court. Sherlyn gives further evidences to frame Megha. She sheds crocodile tears. She wins the heart of Luthra family.

She requests the court to take the right decision and save many lives. Kritika feels guilty that her family is suffering because of her. Preeta realizes that Sherlyn changed the entire story. Judge believes Sherlyn after seeing the evidences. He orders the police to arrest Megha for the murder charges. He acquits Karan of the blames. Karan happily meets his family. Preeta hugs him and takes him home. Bani welcomes Karan home.

She feels proud that Karan and Preeta have come home together. It becomes a big celebration for the family. Bani asks Kareena what had happened in the court. Kareena tells that Preeta was fighting for Karan, but wanted to frame Sherlyn in the case. She regards Preeta wrong. She rebukes Preeta. She praises Sherlyn for doing so good for the family. Rakhi tells Bani that Sherlyn was working hard to get the truth out from Megha. Bani feels proud of Sherlyn.

Sherlyn feels victorious. Kareena questions Preeta about her move to blame Sherlyn. Preeta doesn’t answer her. She tells that Karan has come back, that’s what matters to them. Sherlyn expects an apology from Preeta. She acts further to impress the family. She supports Preeta in front of the family. Kareena asks Preeta to apologize to Sherlyn. Bani and Rakhi feel the same. They don’t want Preeta to keep anything in her heart about Sherlyn. They want the misunderstanding to end. Kareena blames Preeta for holding a grudge against Sherlyn.

Preeta doesn’t drag the matter. She apologizes to Sherlyn to put a stop to the argument. Shrishti feels enraged. She leaves for her home. She informs Janki about the series of events that happened. She adds that Preeta had to apologize to Sherlyn on Kareena’s orders. She reveals how Sherlyn had cunningly saved herself. Sherlyn threatens Preeta and shows her true colours. She tells that she will get Preeta ousted from the Luthra house. Preeta knows that Sherlyn is a criminal. She threatens to expose Sherlyn’s real face. Sherlyn tells Preeta that Akshay died because of her, but it was just an accident, she was just securing herself.

She admits her truth to Preeta to prove that nobody can harm her. Preeta tells that she knows about Akshay blackmailing Sherlyn regarding the pregnancy secret. She warns Sherlyn that she will find out the secret. She promises to ruin Sherlyn. Sherlyn replies her with a warning that she shouldn’t spy on her. They both get into a heated argument. They stand fearless and threaten each other. Preeta doesn’t think Sherlyn can snatch Karan from her. Sherlyn wants to talk to Mahira and Prithvi to make her team stronger. Do you like the track? Comment below. Keep reading.

Reviewed Rating for Kundali Bhagya 26th June 2021 Written Update High drama: 4/5 This rating is solely based on the opinion of the writer. You may post your own take on the show in the comment section below.