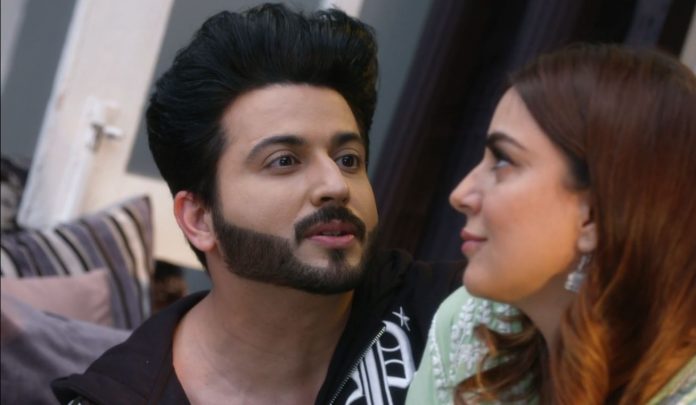 Kundali Bhagya 28th June 2021 Written Update Wedding news Janki feels sorry that she couldn’t be with Preeta at the time of the court hearing where Sherlyn played a big drama. Preeta is happy that Karan is back. She enjoys their usual arguments, which she was madly missing since a long time. Karan’s presence makes her very happy. Her longing finally comes to an end. Karan and Preeta had suffered a lot in the past. They don’t want to waste more time of their lifetime. Karan and Preeta get into a romantic moment. He professes love to her.

She tells him that she isn’t disturbed now, Sherlyn is also a Luthra bahu, she didn’t feel bad seeing Sherlyn winning the praise. She adds that they know Sherlyn’s truth, but the family doesn’t know anything about her. Karan tells that Sherlyn has proved herself innocent by using her clever mind. Sherlyn meets Prithvi and Mahira, to scold them that they both didn’t help her in the court, when Preeta accused her of the murder. Mahira tells Prithvi that he should have helped her, when she was pleading him.

He asks Mahira not to interfere in their matter. Mahira tells that she is Sherlyn’s friend. Sherlyn doesn’t think Mahira is her friend, they both didn’t come ahead. She calls them envious of her, seeing the family singing her praise. Prithvi tells Sherlyn that he had helped her all the time, he left her unsupported just to make her give her best.

He takes the credit for making her mind so sharp by rejecting her pleads in the hour of need. Sherlyn asks him to stop fooling her. She tells that she will not help him when he needs her. Rakhi meets Sherlyn. She finds Prithvi and Mahira there. Sherlyn tells her that they came to thank her for proving Karan innocent. Rakhi takes care of Sherlyn, who asks Prithvi and Mahira to let her rest. Sherlyn wants them to prove their loyalty to her if they want to be with her. She is happy that her status got better in the house.

Karan and Preeta talk all night and fall asleep. On waking up together, Karan boasts of his handsome looks which has left Preeta mesmerized. Preeta laughs on hearing his funny talks. He asks her to spend her total time with him. Mahira witnesses their special moments. She feels she is in the Luthra house just for Karan, but she doesn’t exist in his thoughts. She wants to prove that Karan didn’t get saved by Preeta. She still struggles to get her love.

Mahira tells Prithvi that they shall calm Sherlyn’s anger, else their positions in the house will get weak. He tells that he knows to handle Sherlyn’s temper. The family gets together for having breakfast. Kareena announces Kritika and Prithvi’s marriage. She feels all the problems got sorted and soon Rishabh will also return.

Sherlyn gets unhappy with the news. Sarla gets a strong headache. Shrishti and Janki take care of her. Shrishti doesn’t want any major health issues for Sarla. She suggests that Sarla gets a complete body checkup done. Rakhi tells Kareena that she will be very happy if Sherlyn’s child is a daughter. She wishes to keep Sherlyn’s baby shower at the same time when Rishabh is arriving home. Kareena also wants to double the happiness. Sherlyn stares at Prithvi. He makes an excuse to leave. Rakhi asks Preeta to invite Sarla in Sherlyn’s baby shower. Mahira feels her life is getting ruined. Will Karan and Preeta let Kritika’s wedding happen with Prithvi? Keep reading and comment your view.

Reviewed Rating for Kundali Bhagya 28th June 2021 Written Update Wedding news: 4/5 This rating is solely based on the opinion of the writer. You may post your own take on the show in the comment section below.