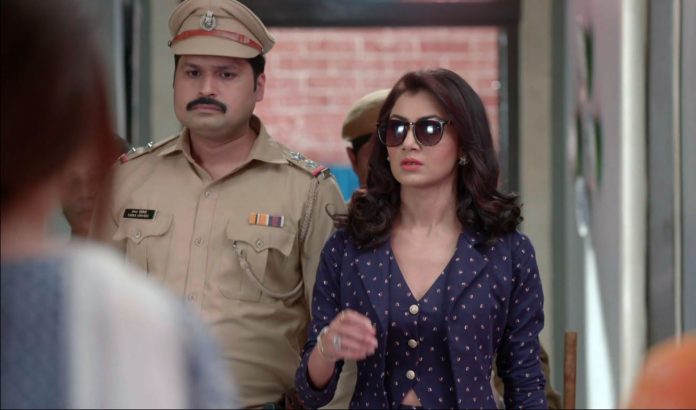 Kumkum Bhagya 30th June 2021 Written Update Miss Meet Pragya finally reaches Abhi’s house. She fails to see Abhi with Tanu. She gets much upset sensing his presence. She recalls the times when she felt Abhi’s presence around the chawl locality. She maintains silence to control her rage. Sushma gets worried seeing her unlikely behavior. She tells Pragya that her silence is scaring her.

Pragya tells Sushma that Abhi is her husband, and the woman whom she got arrested is Abhi’s second wife Tanu. She can’t believe that Tanu had deliberately robbed her purse. Sushma understands Pragya’s pain. She remembers that Abhi, Aaliya and Tanu spoke to Pragya during her last time and asked her to die to leave from their lives, they were the ones who wanted her dead. She sympathizes with Pragya, who falls weak at the instance she thinks of Abhi. Pragya’s heart still can’t believe that Abhi plotted to murder her.

She still wants to know if everything was a put up from Tanu’s side. Good thing, Aaliya and Tanu are paying a big price for their crimes by leading a life in poverty. Pragya has to uncover the truth that Abhi is innocent, he never planned to cut off their ties the way she thinks, he was upset about Rhea and expressed his disappointment. That move unfortunately went against him. Pragya and Abhi’s reunion possibility seems really far. It will take good number of episodes to see their meeting, sorting their differences, finding the truth and then reconciling. Do you like Abhi and Pragya’s new journey? Comment below. Keep reading for a detailed update.

Pragya is shocked to see Tanu, Aaliya, Mitali and Baljeet in the chawl house. She learns that Tanu had stolen her purse. She gets into a heated argument with Tanu. Pragya can’t expect anything else from her. Tanu doesn’t believe that Pragya can become a rich woman. Abhi finds Sushma in danger. He saves her life. He tells her that she should take care of herself, and not speak on call when she is crossing the road. She thanks him. He tells her that he won’t meet her next time, so she has to look after herself. She gets impressed with him.

Abhi tells her that her children should look after her. She tells that she has a daughter. Pragya and Tanu get into a cat fight. Tanu tells Baljeet that Pragya can’t be for real, she had died two years back. Pragya teaches them a lesson. Tanu tells that the purse can’t belong to Pragya, who is also middle-class. Pragya shows her rich attitude. Pragya tells her that the purse belongs to her. She blames Tanu for always stealing her things, be it a purse or her husband Abhi. She asks Inspector to arrest Tanu.

Tanu shouts on Pragya, who turns a deaf-ear and leaves from there. Baljeet is very happy that Pragya is alive and she is back for Abhi. She tells Pragya that she missed her a lot. Pragya doesn’t get emotional. She knows that Baljeet really cares for her, but can’t stay back. Pragya is shocked to know that Abhi has turned poor, and his entire family is living in the chawl. Abhi tells Sumit that he had a scarf with him.

Pragya gets her scarf back when Abhi throws it away. She wonders how did her scarf come there. He gets the scarf back when she throws it away. She gets busy on call with Sushma. She loses the track. She wants to know the person who has taken her scarf. Tanu creates chaos to avoid the arrest. She struggles to get free. She denies the theft blame. She tells the family that she can’t get arrested. Pragya didn’t see Abhi at his house or in the chawl area. She is still there looking for her scarf. She thinks to leave in her car.

Tanu and the family try to bribe the police and stop the arrest. Tanu attempts to convince the police. Inspector doesn’t listen and arrests the culprit. Pragya watches the arrest. She didn’t expect them to turn poor. She leaves the revenge goal. She thinks she can’t take revenge on them, she has to see if they have bowed down to the situation or still have the attitude. She feels they have nothing that she could ruin now. She decides to spare them. Pragya makes a leave. Baljeet thinks Pragya will surely come back home. Tanu realizes that Pragya has really turned rich.

She wonders how did Pragya achieve so much in two years. Aaliya thinks of some way to get Tanu freed from the jail. She gets into an argument with the elders in the house. She rushes to the police station to see Tanu. Aaliya doesn’t want to tell about Pragya to Abhi. She convinces Baljeet and Tai ji to hide the truth from Abhi, who has turned weak-hearted. She wishes to keep him in darkness. Baljeet feels Abhi will be very happy knowing Pragya is back. Abhi learns of Tanu’s arrest and goes to meet her. Tanu reveals that Pragya has come back to take revenge on her. How will Abhi react knowing the truth? Keep reading.

Reviewed Rating for Kumkum Bhagya 30th June 2021 Written Update Miss Meet: 3/5 This rating is solely based on the opinion of the writer. You may post your own take on the show in the comment section below.