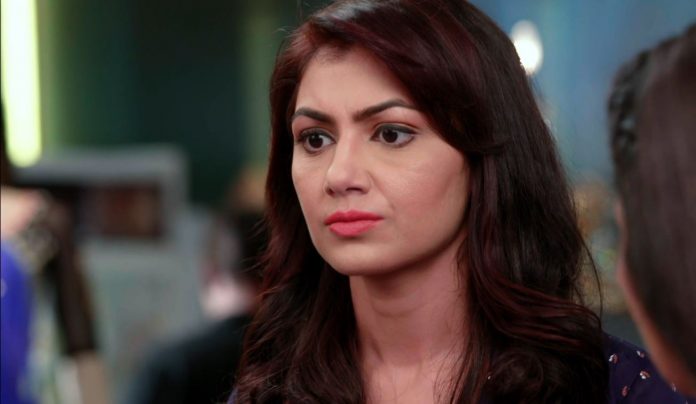 Kumkum Bhagya 2nd July 2021 Update Abhi meets Pragya Mitali tells Tai ji and Baljeet that she knew about Tanu’s robbery habit. They rebuke Mitali for hiding such a crucial thing. Mitali wishes that she had supported Pragya instead Tanu. She feels Tanu has shown them the worst days of their lives. Baljeet defends Pragya, who had brought prosperity for the Mehra family. She is glad that the family is missing Pragya when they turned true. Tai ji asks Baljeet to forgive Mitali. Baljeet rages on Mitali for not being loyal to anyone.

Tanu tells Aaliya that Baljeet may tell Abhi about Pragya. Aaliya replies that she had lied to Baljeet about Abhi’s weak heart, Baljeet won’t tell him anything right now, but Tanu has to return home and stop Baljeet. She tells that Pragya hates Abhi, she had heard Abhi’s voice and felt cheated. Tanu tells that Pragya would take a big revenge on them. Pragya has forgotten her revenge after seeing their miserable state.

Abhi meets Sushma to plead for Tanu. He requests Sushma to let him meet her daughter once. Pragya tells Sushma that she had come back to India to take revenge on Abhi, but she doesn’t want any revenge now. She breaks down. She adds that she doesn’t want to keep any relation with Abhi. Pragya decides to face Abhi knowing he has come to plead her for the sake of his wife Tanu.

She wants to tell him that she didn’t fall prey to his evil plan and she is very much alive. Sushma can’t believe that the person who saved her from the accident is the same one who tried to kill Pragya. She asks Pragya to give Abhi a chance and know the truth. Pragya gets her eyes filled with tears. She goes downstairs to meet Abhi. Abhi waits to meet Sushma’s daughter with a hope that she will withdraw the FIR on his request. He receives a big shock when he sights Pragya in front of him. How will Abhi react on meeting Pragya? Will they really meet this time or he leaves before she arrives? Will it be another hit and miss? Keep reading. Comment your views below.

Aaliya and Tanu think that Pragya has come back for her revenge against Abhi. They decide to keep the couple separated. They don’t want Pragya’s misunderstanding to get cleared, else they will land in a big mess. She tells that Pragya will file the murder attempt case on them if their truth comes out. Abhi takes Amit’s help to get the address of Pragya and Sushma. He decides to visit them and find out a solution to get Tanu out of the lockup. He wants to plead for Tanu’s case. Pragya gets upset thinking of Abhi and his family facing the financial problems.

She calls up Aaliya to know the reason for their poverty state. Aaliya shouts on Pragya as a reply and doesn’t reveal anything. She doesn’t want Pragya to show any pity and insult them. Mitali blames Aaliya for the lack of business sense which resulted in their losses. She tells that its just Aaliya and Tanu, who brought bad luck to Abhi. She wants to meet Pragya and tell her the reason for their condition. Abhi learns Sushma’s address.

He realizes that he met her. He learns that Sushma’s daughter had filed the complaint against Tanu. He meets Sushma to request for getting Tanu released. Sushma doesn’t want him to meet her daughter. He comes up with a drama to get Sushma’s attention, but still she refuses. She tells him that she will meet her daughter and talk to her on his behalf, she will convey his request. She asks Abhi to wait for her return.

Abhi waits for her, while Sushma goes to Pragya to tell her that Tanu’s husband has come to make a request. She tells that he is the same man who had saved her on the road and also repaired her car. Pragya cries a lot, revealing that Abhi is her husband, who wanted to kill her. On the other hand, Ranbir meets Prachi. He tells her that Vikram wants them to move to his house. Prachi is optimistic of the decision. She wants to move to Pallavi and Vikram’s house. Ranbir recalls Pallavi’s bitter words. He stops Prachi from having any false hope. He gets angry on Prachi to limit her.

Reviewed Rating for Kumkum Bhagya 2nd July 2021 Update Abhi meets Pragya: 5/5 This rating is solely based on the opinion of the writer. You may post your own take on the show in the comment section below.