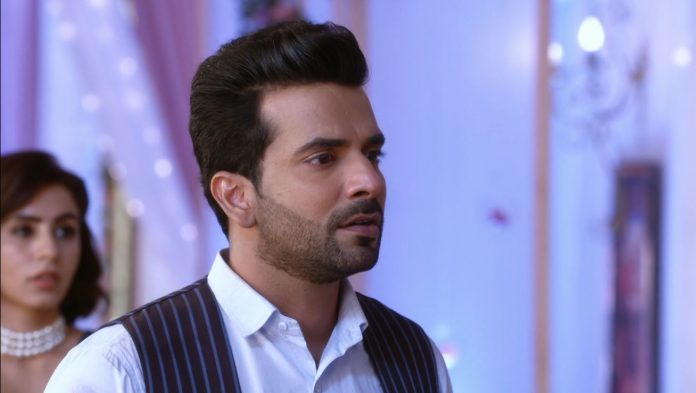 Kundali Bhagya 3rd July 2021 Written Update Truth for Rishabh Prithvi makes a leave from Sherlyn’s room via the window. He gets spotted by Shrishti, who gets insulting him. She tells that she knows his truth well, she will expose Sherlyn and him. Prithvi challenges her to bring the truth out. He tells that the family will never believe them, but Sherlyn, who had saved Karan and won their trust. Shrishti finds him overconfident. Prithvi doesn’t want to waste time by arguing with her. She tells him that he will be soon gone. He tells that he just gives the right to Preeta to threaten him, he loves Preeta and can tolerate her taunts, but he won’t listen to Shrishti.

He knows that Shrishti will never understand his love. He feels his love for Preeta is right. She asks him to show his love for Preeta once she exposes his truth. He threatens Shrishti against reviving the evil side of him. Rakhi, Kareena and Bani compliment Sherlyn for the pregnancy glow. Sanjana gives the shagun to Sherlyn. The ladies perform the shagun rituals. Sherlyn enjoys the pampering.

Preeta knows that Sherlyn is playing with everybody’s feelings because of the lie that Prithvi and her child is of Rishabh. Kritika and Preeta get special gifts for Sherlyn. Sherlyn grows overconfident. She asks Preeta if she has failed in exposing her truth. She adds that she is reigning over the house. Preeta adds that she will bring the truth out about Sherlyn and Prithvi’s affair. She tells that Prithvi is mad for her, he had told her the truth himself, he wants to help her in exposing Sherlyn, he is also troubled by Sherlyn’s irritating behavior.

She further tells that Prithvi wants to get rid of Sherlyn. Preeta tells Sherlyn that she knows the secret that its Prithvi’s child, she will reveal all her secrets when Rishabh comes. She asks Sherlyn to enjoy her last day in the house. Sherlyn panics on Rishabh’s coming. Rishabh surprises the family. He meets the family. He tells them that he won’t go anywhere now. Rakhi gets emotional. She tells that she knew he would come. She adds that Karan will be very happy to see him. Rishabh meets Sherlyn and Preeta.

He thanks Preeta for being a dutiful bahu of the family. He tells that he has no words to express his gratitude for saving Karan in his absence. He feels proud of Preeta. Mahesh and Rishabh have an emotional moment when they meet after a very long time. Rishabh tells Mahesh that he loves him a lot. Mahesh hugs him with much love. He feels he got his strength back when Rishabh’s coming. Preeta warns Sherlyn and grows her extremely tensed. Sherlyn goes to confront Prithvi if he is cheating her. Preeta overhears their conversation to know their next plans. Will Preeta tell the truth to Rishabh? Comment your views on Rishabh’s return and keep reading.

Reviewed Rating for Kundali Bhagya 3rd July 2021 Written Update Truth for Rishabh: 5/5 This rating is solely based on the opinion of the writer. You may post your own take on the show in the comment section below.