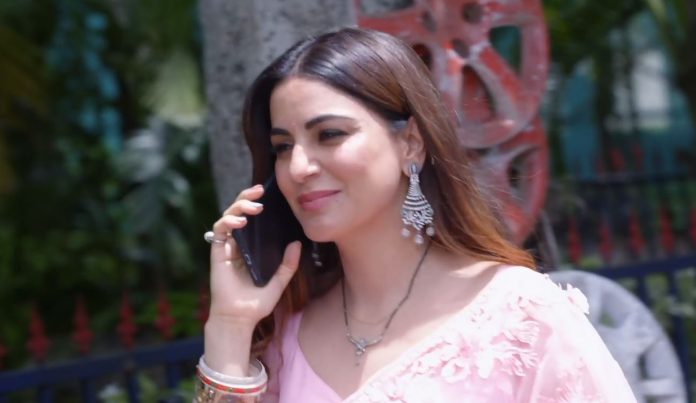 Kundali Bhagya 8th July 2021 Written Update Preeta dead Sherlyn makes a plan to get Preeta killed. She wants to get rid of over smart Preeta, who is determined to reveal her secret to the Luthra family. Sherlyn speaks to her hitman. She is stunned to find Mahira behind her, overhearing her conversation. Mahira loves the idea of Preeta’s accident. She also wants Preeta dead, and Karan free. She praises Sherlyn for making such a great plan to kill Preeta. Mahira tells her that she will come along with her to meet the hitman.

They decide to do together and discuss the plan, so as to make sure that the plan doesn’t flop like the last time when they had planned Preeta’s accident, and Mahira got into trouble. Mahira asks Sherlyn if the hitman to run the truck over Preeta and kill her. She gets stressed and afraid hearing the dangerous plan. She asks Sherlyn if this can’t be done some other way. She gives other suggestions to easily kill Preeta. Sherlyn doesn’t accept her suggestions. She sticks to her plan.

On the other side, Prithvi is at the jewellery store with Kritika, who shops a lot for their wedding. He feels suffocated in their unwanted relation. Sherlyn doesn’t want to inform Prithvi about her plan to kill Preeta, knowing he will hinder her and save Preeta. She gets ahead with the plans. Preeta arrives on the road, where Sherlyn instructs the hitman to run over her. The hitman tries to run over Preeta but gets unsuccessful. Sherlyn wants him to try again. He calls Sherlyn to tell her about his failed attempt.

Sherlyn’s phone doesn’t get reachable. The hitman calls Prithvi to get Sherlyn’s alternate number to call her and give the news. Prithvi learns that Sherlyn is planning to kill Preeta. He can’t tolerate Preeta leaving the world, without accepting his love. He lashes out at the hitman and instructs him to not harm Preeta. He gets too worried for Preeta knowing that Sherlyn kept him in darkness. Kritika finds Prithvi worried. She tries to ask him, but he rushes out of the store to save Preeta. Sherlyn calls the hitman and asks him to run over Preeta once again.

She wants Preeta dead. She goes out of her car to push Preeta in front of the truck. She so wishes that Preeta gets under the truck and dies on the spot. Mahira follows Sherlyn to see what is happening. She finds Sherlyn fainting down. She goes to help Sherlyn, but instead she pushes Sherlyn accidentally. Sherlyn meets with an accident, much to Preeta and Mahira’s shock.

Preeta realizes Sherlyn and Mahira’s presence there. She hurriedly calls Karan at the spot. Prithvi reaches there. He finds Sherlyn injured. He finds Preeta and Mahira taking Sherlyn to the family. He gets worried for his Sherlyn baby. Karan informs Rishabh about Sherlyn’s accident. Rishabh panics for the baby. Karan tells him that they have to stay calm. They reach the hospital. Karan and Rishabh see Sherlyn injured. Prithvi also arrives there. He tells them that he has lodged a police complaint against the truck driver who had hit Sherlyn.

Preeta questions Prithvi’s presence at the spot. She asks him how did he learn about the accident, that the truck had run over Sherlyn. She asks him to clear her suspicion, if he knew anything about it beforehand. Prithvi thinks of cooking another story. Karan and Rishabh also get suspicious. The entire family prays for Sherlyn and the baby, thinking Sherlyn is a victim again. They have no idea that Sherlyn was plotting to kill Preeta. The accident twist is repeated in the same manner like before. The show again brings the accident drama. This time, thankfully Preeta doesn’t get blamed for the accident. Comment your views. Keep reading.

Reviewed Rating for Kundali Bhagya 8th July 2021 Written Update Preeta dead: 1/5 This rating is solely based on the opinion of the writer. You may post your own take on the show in the comment section below.