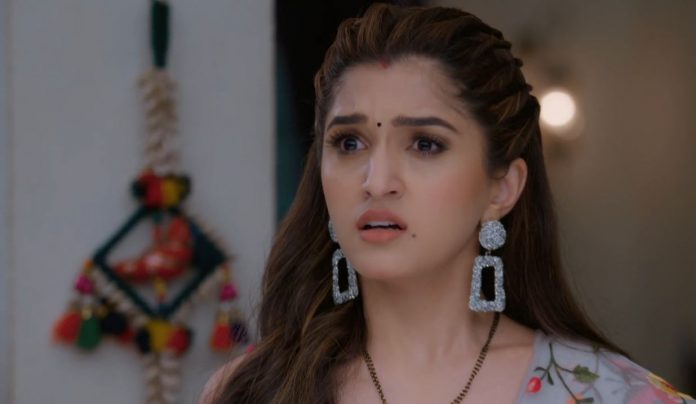 Anupama 12th August 2021 Spoiler Update Kinjal’s decision Vanraj stops Paritosh from insulting Anupama further. He reminds that there is heaven under a mum’s feet, but a slipper under a dad’s feet. He warns Paritosh to learn from his mistakes, before it gets too late. He feels ashamed of Paritosh. Vanraj shows Paritosh his real place. He lets Paritosh go away and join Rakhi’s business. Hasmukh and Leela feel they should leave the house to ease out life for their children. Hasmukh feels guilty of his decision.

Vanraj and Anupama find Hasmukh in pain. They feel much sorry. Anupama ousts Paritosh from the house. Paritosh gets every relation spoiled by his ego. The family asks him to shift to the penthouse gifted by Rakhi, to which he agrees, but Kinjal refuses to part ways with them. She finds it hard to leave the family. She bids bye to Paritosh. She tells Paritosh that she could have left the house for his sake, but she can’t leave the family. She adds that she can’t pack her memories, her wonderful relations and their bonding.

She asks Paritosh to go his way alone. Paritosh wants her to come along. Paritosh is adamant that he will not stay with the family. Kinjal wants Paritosh to understand the meaning of selfless love which is given to them just by their family. Leela feels proud of Kinjal. She asks Kinjal to go with Paritosh to keep her wedding vows. Hasmukh tells Kinjal that she has to keep a wife’s duty first and then a bahu’s duty. He also advises her to go with Paritosh. Kinjal wants to decide for her life. She tells Paritosh that she needs time to think. Paritosh leaves her at home and goes away. Kinjal cries for him.

Reviewed Rating for Anupama 12th August 2021 Spoiler Update Kinjal’s decision: 3/5 This rating is solely based on the opinion of the writer. You may post your own take on the show in the comment section below.