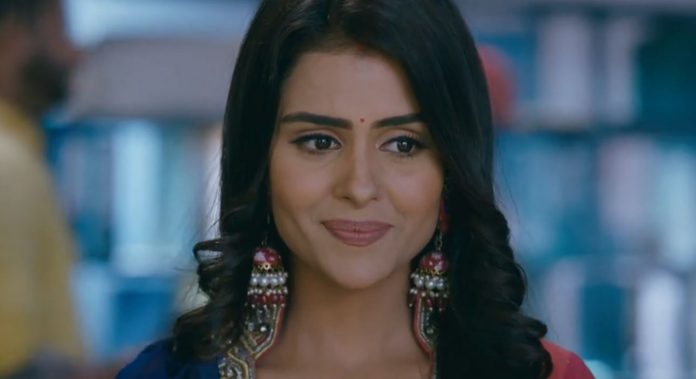 Udaariyaan 24th August 2021 Written Update Fateh Tejo’s baby Jasmin didn’t know that Fateh and Tejo have taken their marriage to the next level. She was in darkness because of Fateh’s lies. Fateh had lied to Jasmin that he had no relationship with Tejo, his wife. Tejo is happy that Fateh and she had consummated their marriage. Jasmin wasn’t aware of this big truth. She is shell shocked to know that Tejo is pregnant. The news comes out in front of her in an odd way, when Tejo shares about the pregnancy possibility with her friend.

Jasmin meets Tejo, who shares the good news with her out of excitement. Tejo doesn’t know that this news has shattered Jasmin’s heart. Jasmin thought Fateh is just of her, he will never touch Tejo and love her. She didn’t imagine that Fateh and Tejo will be having a child together. She thinks the coming child will break Fateh and her relation completely, the baby will make Fateh get back to Tejo, Tejo’s marriage will get more secured. She knows that the baby will be snatching Fateh from her.

Jasmin accompanies Tejo for the tests. She stays worried that Fateh will be learning the good news, which isn’t good for her. She doesn’t want to lose Fateh. Fateh reaches to meet Tejo. He tells Jasmin that now its not just about Tejo, Jasmin and him, a little life has got involved, his baby is coming.

Fateh apologizes to Jasmin once again. He gets to know about Tejo’s pregnancy and seems really happy. He accepts the child’s good news. He tells Jasmin that he already felt guilty and wanted to get rid of Jasmin, but now when his family is expanding, he can’t take any chance. He wants to be loyal to Tejo from now, and become a good father for his baby.

Jasmin feels cheated by him. Jasmin imagines Fateh’s decision of their breakup because of the coming baby. She doesn’t want Fateh to know about the baby. What will Jasmin do to make Tejo away from Fateh? How much will Tejo tolerate? Will Tejo learn Jasmin and Fateh’s affair news before giving the good news to Fateh of their coming baby? Keep reading.

Jasmin is shocked that Tejo is pregnant. She asks Tejo if Fateh knows about it. Tejo tells that nobody knows about it. She adds that the family will go mad in happiness knowing this good news. She imagines the family and Fateh’s happiness. Jasmin is lost in Fateh’s thoughts. She acts really happy in front of Tejo and hugs her. She tells that she is too happy. Tejo tells her plans of giving the good news to Fateh. Jasmin hinders her. She asks Tejo to be very sure before giving the news to Fateh and family.

She influences Tejo to get the test done at some clinic. She gives false hopes to herself that the test results could be negative. She takes Tejo to the doctor to confirm her pregnancy. Gurpreet asks Fateh if Tejo is with Buzo. Fateh asks her to stop chanting the same thing. He calls Tejo and Jasmin. Both of them don’t answer. He wonders if they are together. Amrik tells that he doesn’t know about Tejo. He asks about Jasmin. Fateh tells that he isn’t in contact with Jasmin.

He reaches the hospital and meets Jasmin. He shares about his relationship with Tejo. He tells that his baby is coming in the world, he has to become a dutiful father by ending everything wrong happening around. She wishes her dream doesn’t get true. She feels so angered with the thought that Tejo has conceived Fateh’s child. She doesn’t answer Fateh’s call. She finds Tejo crying.

Doctor asks her to console Tejo. Tejo tells her that the pregnancy isn’t confirmed. Jasmin is much relieved. Doctor tells Tejo that this isn’t the end of hopes, she can get pregnant, sometimes false results come in the kits. Tejo sheds tears that she isn’t able to fulfill her dream. Tejo returns home. Fateh grows worried for her. She doesn’t know what to tell him. She tells that she was with Jasmin. He wonders if Jasmin told her anything. Tejo tells him that she wanted to be sure of the news first and then inform him, but things didn’t turn up like that. He takes Jasmin’s call. He asks Jasmin the matter.

Jasmin asks him to meet her urgently. He can’t leave Tejo in tears, but she threatens him to meet. Fateh makes the work excuse to Tejo. He runs to meet Jasmin, who loses out her mind in anger. She wants an answer from Fateh about his relation with Tejo. Tejo meets her family and lightens her heart. Jasmin confronts Fateh about his intimacy with Tejo. She takes him to the same place where he had romanced Tejo. Tejo gets confused knowing about Jasmin’s new friend. She gets doubtful that Jasmin has an affair with someone. Jasmin wants Fateh to confess the truth.

Reviewed Rating for Udaariyaan 24th August 2021 Written Update Fateh Tejo’s baby: 3/5 This rating is solely based on the opinion of the writer. You may post your own take on the show in the comment section below.