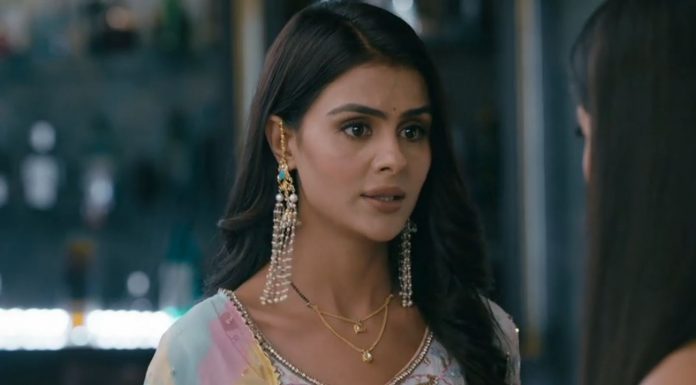 Udaariyaan 23rd September 2021 Written Update New evil Jasmin snatches the academy rights from Tejo, not to prove herself and her capabilities, but with an evil intention of humiliating Tejo. She is angered that Tejo has called off the divorce for her own reasons, which isn’t understandable to her. Jasmin wants to know what does Tejo want, why did she tear the divorce papers after signing it in front of the entire family. Tejo had loved Fateh, but has freed him from the unwanted marriage. She is still his wife for the world.

She has cancelled the divorce just to wait for the day when his eyes get wide open to see Jasmin’s truth. She is ready to divorce him on the way he regrets and repents for his selfish love. Tejo has ousted Fateh from her heart. It is only Jasmin who thinks Tejo is still after winning Fateh back. Jasmin makes this a battle and thinks everything is fair to do. She targets Tejo’s goodwill to spoil in the award ceremony where Fateh is going to receive a big honor. Jasmin wants Tejo to attend the award ceremony at any cost for her plan to workout.

Jasmin hides her secret plan that will turn Fateh and the entire family against Tejo, after Simran’s chapter. Jasmin plans to make Tejo fall in everyone’s sight at once. She gears up to convince Tejo to attend the function with Fateh. Tejo finally agrees to appear in the event as Fateh’s wife. Fateh thanks Tejo for understanding and coming along with him as his wife to keep his family’s respect. Jasmin can’t see the growing closeness between them. Fateh, Tejo and entire family reach the event, where Fateh receives the award for his contribution.

The minister asks Fateh to call his wife, who has helped Fateh prosper the academy. Jasmin sends Tejo to find the banners from the storeroom. Tejo looks for the banners, while Jasmin locks her up. Tejo gets locked when the announcement is made on the stage for her. Tejo gets helpless because she can’t reach there. Jasmin smiles as she makes her way towards the stage to represent herself as Fateh’s wife. Will Tejo reach there on time and fail Jasmin’s plans? What new evil has Jasmin planned? Keep reading.

Reviewed Rating for Udaariyaan 23rd September 2021 Written Update New evil: 4/5 This rating is solely based on the opinion of the writer. You may post your own take on the show in the comment section below.