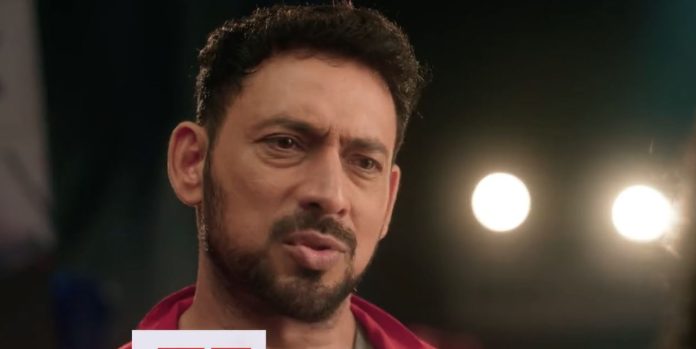 Sirat lovingly looks at Akshu and Arohi before going to her boxing practice. Sirat is determined that she will not get tense and call anybody at home like last time. Suwarna complains to Akshu and Arohi that their mother troubles them a lot. Sirat feels bad but Suwarna says that she was just joking. Suwarna tells Sirat to not take her words seriously and tells her to call how many times she wants.

Sirat smiles and agrees. Manish asks Kartik to accompany him to the office but he insists on working from home. Manish taunts him for working from home so that he can do babysitting for his daughters. Manish explains to Kartik that there are other members at home to take care of his kids but he tells Manish that he has to go to Kairav’s school function and that is why will not come to the office today. Kartik handovers small stuff to Sirat and asks to worry only a little bit about his daughters. Sirat nods. Kairav once again asks Sirat if she will be able to make it to his school function to which she replies in affirmation.

Sirat concentrates on her boxing practice with full dedication and finishes it. She is preparing to go to Kairav’s school function when coach Arvind informs her that a federation meeting will happen now. Sirat is reluctant to attend the meeting but Arvind tells her that it is important and she can attend the school function later. Sirat with a heavy heart agrees with her coach and attends the federation meeting. She has a conversation with the federation officials. At school, Kairav is waiting for Sirat and Kartik to come. Kartik also gets busy in a meeting and reaches late at Kairav’s school. At the club, the federation officials appoint Mukesh for training Sirat but she declines to abide by their decision.

The federation officials are equally adamant and refuse to change the coach but threaten to change the boxer. Coach Arvind decides to have a word with the officials. Kairav is heartbroken and angry with Sirat for not fulfilling her promise. Dadi and Surekha taunt Sirat and call her names. Kartik takes Sirat’s side and says that only she is not at fault, he is also equally responsible. Kartik and Sirat decide to convince Kairav and speak with him. Kairav is very upset and tells Vansh that all his friend’s parents were there but his parents were missing. Kairav starts crying and Vansh pacifies him by saying that he should not bother about these things as his mother Gayu attends all his functions alone.

Vansh takes Kairav to speak to Kartik and Sirat but he goes away in anger and closes the door of his room. Kartik and Sirat try to convince Kairav but he is not in the mood to listen. Sirat distracts Kairav and opens the door but he closes it again and asks them to go as he doesn’t wish to speak to anyone. Kartik tells Sirat to give Kairav some time and leave from there. Suwarna and Dadi ask Kartik and Sirat to understand Kairav as he is very affectionate towards Sirat and was really excited to introduce his mother to his friends. Surekha taunts Sirat that Kairav cares so much about her but she is neglecting Kairav because of her training.

She calls Sirat a stepmother who betrayed her son leaving Sirat stunned. Sirat assures Surekha that she never considered Kairav as her stepson and will never repeat the mistake she did today. Kartik tells Sirat that Kairav is just a kid and he will forget everything the next morning. Sirat says that she cannot wait till tomorrow morning and decides to bring back Kairav’s lost smile. Sirat promises herself to make Kairav smile again. Kartik tells Surekha that it was his decision to not marry Rhea and she should not remove his anger on Sirat. Kartik asks for sorry from Surekha that he could not marry Rhea and tells not to pressurize Sirat with her taunts as she is already burdened with boxing matches and staying away from kids.

Surekha is about to defend herself but Dadi stops her. Kartik is tensed about how will Sirat convince Kairav. Kairav hears his teacher’s voice declaring him the winner of the inter-school debate competition. Kairav sees the Goenkas cheering him by watching his clip and celebrating his winning moment on the TV screen. Kairav smiles seeing his family cheering for him.

Sirat informs Kartik that federation officials have changed her coach and have appointed Mukesh Rathod to train her. Kartik is shocked. Coach Mukesh Rathod threatens Sirat that her boxing career is over and asks her to go home and take a nap. He tells her to only dream about the Asian championship as in reality he will not let her fulfill it. Sirat goes blank. Will Sirat be able to prepare herself without the coach’s help? What new way will Sirat find now? Keep reading.

Reviewed Rating for Yeh Rishta 5th October 2021 Written Update Mukesh reentry: 4/5 This rating is solely based on the opinion of the writer. You may post your own take on the show in the comment section below.