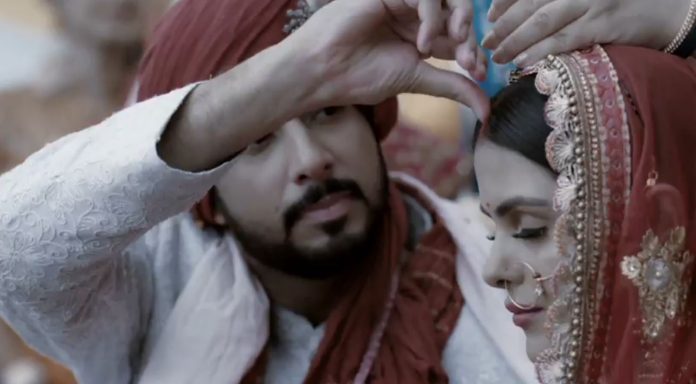 Udaariyaan 16th October 2021 Written Update Peak drama Tejo keeps her promise to the family. Khushbeer asks her how did she convince the investors so soon. Tejo reveals the condition laid by the investors that she will be leading the academy from now. She is ready to do anything for the family’s sake. Fateh and Jasmin head to the academy for a puja on Biji’s insistence. Fateh awaits Tejo, his new boss. He tells Jasmin about the investors’ condition that Tejo will head the academy. Jasmin goes mad in anger that her plan backfired so badly. She rebukes Tejo for playing a game with her.

Tejo confronts her for provoking the investors against her and putting her in the jail. She tells that Fateh was paying a price of Jasmin’s mistakes, he may really not like the truth. She scares Jasmin of the consequences. She also mocks Jasmin that she failed so badly. Jasmin gets raged on her defeat. She decides to bring back the Raavan of Tejo’s life, Jass. Jasmin secretly sneaks into Jass’ house to meet him, but he doesn’t see her at first.

Consequently, Jasmin meets Jass to plot against Tejo. She has tried all the unfair means till now, and still failed to Tejo. She thinks Jass is the trump card who can make her win in a single move. Tejo’s past will return in her life. Tejo wishes Jasmin doesn’t create any more problems for Fateh and her. She asks Fateh to run the academy as he wants, but keeping Jasmin under control. Jass and Jasmin join hands to ruin Fateh and Tejo’s marriage. How will Jass and Jasmin target Tejo? Keep reading.

Fateh requests Tejo to help him in the academy, because Jasmin won’t be able to do anything. Fateh asks Tejo to forgive him. Tejo tells that whenever she helps him, she ends up getting hurt. She tells that she is agreeing to run the academy just for the sake of his family. Fateh is thankful to her. Jasmin gets tempered on seeing the Virk family praising Tejo once again. She doesn’t want them to just chant Tejo’s name, for the fact that Tejo is Fateh’s wife. She thinks she can break Fateh and Tejo’s marriage by bringing Jass, who will prove Tejo’s marriage with Fateh void. She wants Jass to take away Tejo from their lives. Fateh thinks Jasmin doesn’t have any smartness. He doesn’t know that Jasmin is very cunning and uses her mind in evil plans. Jasmin reaches Jass and meets him.

Tejo lectures Fateh to explain him that he has hurt her heart and emotions a lot. She tells him that he always comes to her to take her help, and then ousts her whenever she wants. Tejo tells him that he can’t take her for granted, after all she is also a human who gets hurt. Fateh still wants her to run the academy. Tejo tells that she will not take the complete responsibility, but just visit the academy to supervise his work. She wants him to fulfill each responsibility and prove that he can handle the academy alone. She doesn’t want Fateh to take an advantage of her, like always. She refuses to his pleas.

Fateh respects her decision. Jasmin meets Jass to tell him that she has come to join hands with them, since their enemy is same, Tejo, who has now wedded her Fateh. She tells that Tejo cheated her and married Fateh, she wants revenge on Tejo, she wants to throw her out of Fateh’s life. She asks him to make an entry in Tejo’s life as her life’s Raavan. Jass doesn’t believe her first.

She bribes him by giving jewellery and asks him not to miss this golden chance of taking revenge on Tejo, who ruined him and sent his mum to the jail. Jass comes in her words. He tells that he will ruin Tejo’s life, but Jasmin shouldn’t double cross him. Jasmin proves that she hates her sister, who has stolen her love.

He gets convinced. She asks him to meet Tejo at the Raavan daahan event, where the entire family is going at night. The family shows the Raavan Daahan to Candy, and explain him about it. Jasmin too has a Raavan in her, because she wishes evil for her sister. Jasmin waits for Jass’ entry. Jass finally arrives there to create a havoc in Tejo’s life. He takes a disguise to reach Tejo. Tejo isn’t aware of the coming problem. Ram and Sita’s track will begin when Jass kidnaps Tejo, Fateh will be saving her.

Reviewed Rating for Udaariyaan 16th October 2021 Written Update Peak drama: 3/5 This rating is solely based on the opinion of the writer. You may post your own take on the show in the comment section below.