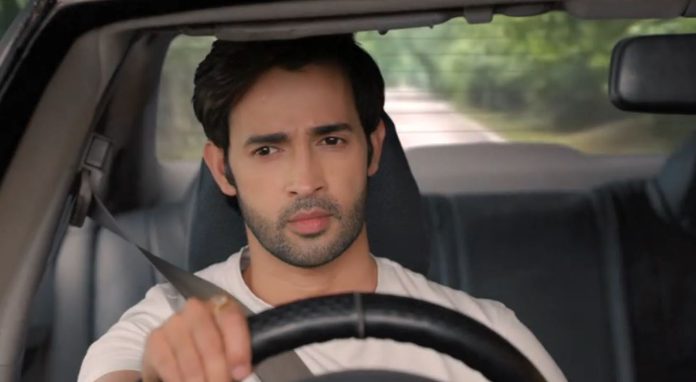 Sasural Simar Ka 19th October 2021 Written Update Vivaan shot Reema yells at Simar for the innocence drama. She calls Simar’s marriage a fake one that it broke. She reprimands Simar for breaking her marriage with Vivaan. Simar asks her the reason for such an allegation. Reema asks her to cut the crap, because she knows the truth. She tells that she should have told the truth to Vivaan, which Simar told him. Simar replies that she told the truth with a good intention to clear their confusion.

She tells that she told Vivaan that Reema married him for revenge on Aarav, but now she has fallen in love with him/Vivaan. She defends herself that she tried hard to convince Reema. Reema tells that Simar can’t see her happy, so she has married Aarav and now made her away from Vivaan. Reema hates Simar for the wrong she did. She curses Simar that her relation will always stay incomplete. Simar can’t tolerate the curse. Reema asks Simar not to dare say anything. She asks her to see the result of accepting Aarav by sitting in the mandap which was meant for her/Reema.

She feels Simar deserved this. Simar tells that Reema had crossed all limits today. She lectures Reema on relations. She tells that Reema will regret her words one day. Reema asks her if she is giving this lecture for the Oswal family who had ousted her. She adds that its not her Sasural now. Simar bears her hatred. She regrets to call Reema her elder sister. Reema asks her to pack her bags and leave.

Gajender finds Simar crying. He goes to console her, and gives her the rights of his daughter in the family. He tells her that she has won his heart, she did a lot for the family, when nobody could stand by her. He tells that she is leaving the family, but she will always be his daughter. He proudly tells that he has two daughters, Aditi and Simar. He thanks her for encouraging Sandhya. Simar hugs him. Sandhya gets emotional, realizing that Simar has melted Gajender’s heart. Gajender blesses Simar.

Chitra overhears Aarav and Simar’s conversation. She learns that Vivaan has gone to the toll booth. She doesn’t want her son to fall into danger. She gets terrified thinking Mohit will kill Vivaan, instead Aarav to take his revenge. She calls Vivaan. She also Mohit to inform about Vivaan. Mohit awaits the Oswal heir to reach the toll booth. He points the gun at Vivaan’s car. Chitra informs Badimaa that Aarav didn’t go for the work. She asks her to call Vivaan. She panics. Badimaa tells that Vivaan’s number is out of coverage area.

Simar makes a prayer for Vivaan’s happiness and safety. Badimaa connects to Vivaan. She asks him to come back home. He tells that he almost reached, he will handle the work. The call breaks in between. Mohit gears up to kill Vivaan. Vivaan agrees to return. Badimaa wants Vivaan to come back and talk to her. Mohit shoots Vivaan, while Reema is shaken up by his divorce decision. She doesn’t want to divorce Vivaan. Vivaan gets saved when the bullet hits the other seat. He finds the assassin in front of the car, attempting to kill him. He gets down and wonders who is attacking him. Mohit continues to shoot at the car. Vivaan gets hurt.

He falls out of the car. Aarav gets a bad feeling about Vivaan. He gets his finger hurt. Simar cares for Aarav. She asks him to call up Vivaan. Mohit decides to not spare the Oswal heir. He asks his goons to get more bullets. He finds Vivaan missing from the car. He asks the goons to find Vivaan at any cost. Will Vivaan die? Ahead in the show, Vivaan tries to escape and save his life. The goons follow him into the jungle area. Mohit learns about Aarav. He spots Aarav and Simar there. He takes a step to knock down Aarav by his jeep and kill him. Simar finds Aarav in danger. She runs to save Aarav. Aarav finds Simar running towards him. He turns to see the danger approaching. He gets a shock. Simar saves Aarav from Mohit. Keep reading.

Reviewed Rating for Sasural Simar Ka 19th October 2021 Written Update Vivaan shot: 4/5 This rating is solely based on the opinion of the writer. You may post your own take on the show in the comment section below.