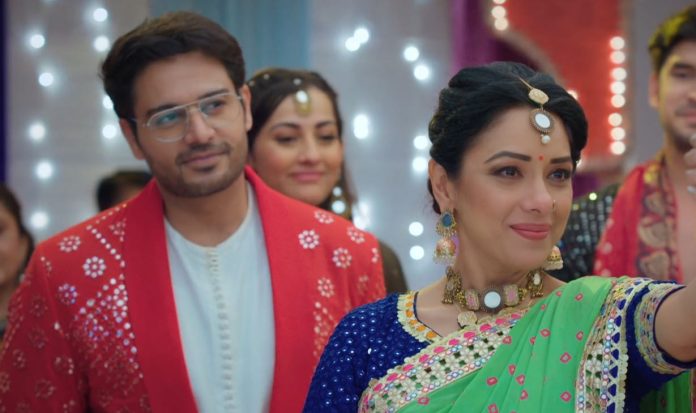 Anupama 23rd October 2021 Written Update Anupama bravo move Anupama prays that she doesn’t lose her truth and tolerance when she answers the evil thinkers. She tells Leela that they all have stained Anuj and her relation by their dirty thinking. She defends her friendship with Anuj. Leela tells that they can’t have a friendship. Anupama tells that Draupadi and Kanha were friends, Leela can never understand this. The neighbors ask Anupama to leave their locality. Anupama reminds that Kavya used to come in their locality as Vanraj’s friend, they never objected to Vanraj and Kavya’s relationship. She asks them why didn’t they comment on a man’s female friend, why do they always comment on a woman’s male friend.

She rebukes them for making stories against a woman. She tells that she is divorced, just like Vanraj. She compares her situation with Vanraj’s situation. She asks them to stain Vanraj’s character as well. She tells them that they are just attempting to break her down. She warns the neighbors that she will oust them from the locality. She gets into a heated argument with the arguments. She angrily threatens the neighbors. She raises her voice against the gender discrimination.

She tells that Anuj is her friend, her business partner and a really good person, else he would have ruined their family and factory. She feels Anuj always stays in his limits, like Vanraj stays in his ego. She tells that Leela, Vanraj and Paritosh broke their limits. She justifies herself and also Anuj. She tells that she knows Anuj’s sight and intention have nothing wrong, he has supported them and saved Samar’s life. She asks Leela to value Anuj and treat him well. She feels Leela will never understand, and its futile to explain her again. She asks her to insult her, but spare Anuj. She doesn’t want to hear a word against Anuj.

She calls Leela’s drama enough. Anuj gets happy seeing Anupama’s strong stand for him. She berates Leela for always commenting on other women’s character, when she is a woman herself. She asks Leela to not worship Devimaa, if she can’t respect a woman who is Devimaa’s Ansh avatar. She tells that she used to cry thinking of the society who stained Sita’s character, they have the same society even now. She asks the neighbors to comment on her behind her back, but if they comment on her face, then they will get a befitting reply.

Hasmukh claps for Anupama with all the joy that she finally gave an answer to Leela. Anupama’s supports clap for her. Leela, Vanraj, Kavya and Paritosh get stunned, when the entire locality applaud Anumaa for her strong stand. Anupama tells Anuj that its their first victory today, they shall take a selfie today. She compliments Anuj’s clean heart. Vanraj grows jealous and raged. He asks Anupama to come home and talk. Anupama stops Vanraj and family for some important work. She takes Anuj and all others for Raavan Dahan. She tells them that evil always gets defeated to the good, people always make their inner Raavan win, they keep Raavan Dahan to remind such people that evil has to get defeated in front of the good.

She tells that Raavan can never sustain in front of the good people. She asks Anuj to burn the Raavan that’s alive in the people’s heart as a bad thinking. She tells that the bad thinking/Raavan has to die once again. Anuj and Anupama perform the Raavan Dahan by burning the Raavan effigy. Leela feels too humiliated by Anupama. She feels Anupama and she can’t share the same roof from now. Anuj and GK reach their home. Anuj gets emotional recalling the way Anupama took a stand for him.

Anuj feels on the cloud nine. He tells GK that Anupama fought everyone for his sake. He tells GK that the moment he was dreaming has become a reality. GK cries happily seeing Anuj at the peak level of his happiness. He wishes Anuj and Anupama always stay together. Anupama returns home in a saddened state. She meets Anuj to know the reason that he didn’t get married till now. Anuj wants to confess his feelings to Anupama, but doesn’t want to break her trust. Do you think Anuj should confess his love to Anupama? Comment your views and keep reading.

Reviewed Rating for Anupama 23rd October 2021 Written Update Anupama bravo move: 5/5 This rating is solely based on the opinion of the writer. You may post your own take on the show in the comment section below.