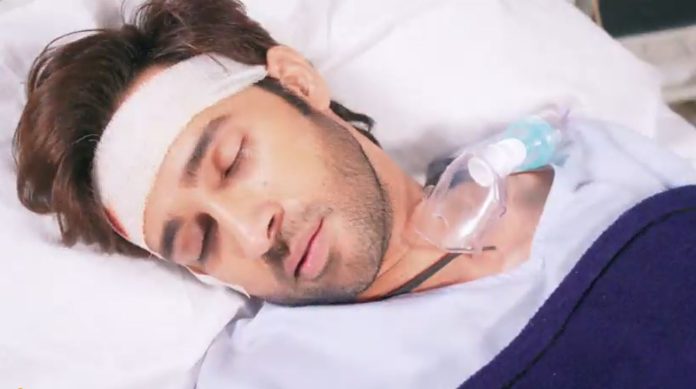 Sasural Simar Ka 2 29th October 2021 Written Update Vivaan dead Reema is shocked when the doctor declare Vivaan dead. She runs to Matarani to pray for Vivaan. She asks Matarani to support Vivaan and get him back to life. She runs back to Vivaan. She tells that she will burn the world if anything happens to Vivaan. Doctor checks him again and apologizes to Reema. He tells her that Vivaan is dead. Reema shouts no. She cries for her Vivaan. Meanwhile, Simar comes back to her parents’ house.

On being questioned on coming so late, that too alone, wearing her bridal lahenga, Simar tells her parents that her Sasural isn’t of her now, she has got divorced, her marriage with Aarav broke and she has come back forever. This shocks Simar’s parents. Reema and Simar both face a big letdown in their lives, by losing their life partners. Will Gitanjali melt her heart for Simar? What will happen with Vivaan and Reema?

Earlier in the show, Simar greets the entire family and shares an emotional moment with them before making a leave from the house. Simar makes a prayer for the house peace and happiness, post her leaving. Aarav shatters watching Simar step back and leave the house. Aarav’s soul goes to Simar to accompany her. Simar senses him with her. Aarav and Simar recall their marriage moments. Badimaa watches Simar leave. Aarav feels his soul has gone out with Simar, just his body is left in the house. Badimaa gets the door shut. The family cries for Simar.

Simar leaves the Oswal mansion. Gajender feels sorry that he couldn’t keep his promise and protect his daughter’s happiness. He feels he has made a sin. He regrets that he is helpless. Badimaa senses a bad omen, after Simar leaves. She prays to Matarani for her family. Aditi reminds her that she has expelled out a Devi from the family. She scares Badimaa that Matarani can punish the family in anger, and they would realize it later. Vivaan gets breathless. He struggles for his life, while Reema is unconscious. Vivaan breathes his last.

Gagan arrives there and collides with Mohit. He feels he has seen him somewhere. He goes to meet Reema. Chitra asks Giriraj to call Vivaan and find out where is he. He calls and tells her that Vivaan is unreachable. Chitra awaits Vivaan’s return. She wants Vivaan to divorce Reema. Giriraj also wants to get rid of Reema as soon as possible. Aarav stays depressed. He recalls the humiliation served to Simar, despite the truth that he immensely loves her, he couldn’t take a step to save her esteem. Aarav takes the ashes of the havan kund. He cries on the loss of Simar and his relation.

Gagan is shocked to find Vivaan and Reema lying unconscious. He realized that they have got attacked by someone. He gets Reema to consciousness. Reema worries for Vivaan’s life. They call the doctor for Vivaan. Reema asks the Doctor to save Vivaan’s life. Doctor checks his pulse. He tries to pump his heart, but in vain. He tells Reema that Vivaan is no more. Reema yells at him when he gives the shocking news. She asks Vivaan not to leave her. Gagan tells Reema that Matarani will fix everything. Reema gets hopeful that her prayer will be answered. She asks Matarani to protect Vivaan from the big trouble. She challenges Matarani to show her powers of a mother and save her child.

Reema’s powerful appeal brings Vivaan back from the dead. Gagan tells Reema that Vivaan is in a stable state now. Reema gets relieved that his heartbeat is back, his pulse is running. Doctor informs them that Vivaan is still in danger, they have to operate him. Gagan informs that he has arranged the blood. Reema tells Gagan that someone wants to kill Vivaan. She reveals that someone just tried to kill Vivaan in the ward. Gagan recalls seeing Mohit. Reema asks him to not tell anything at home.

Gagan lies to mum about his presence at the hospital. He is summoned for the Kanya pujan. He asks her to complete the puja and pray for the children. He gets to see Mohit outside the hospital. Simar returns home and breaks the divorce news to her parents. Her parents welcome her home with much love, and ask her to leave every worry. They want to meet Gitanjali and family to convince them. Simar doesn’t want them to go there and get insulted. She accepts it as her fate.

Gajender arrives there to meet Simar and her parents. He apologizes to them. He tells them that its Gitanjali’s rigid decision, but she will soon realize her mistake. Simar doesn’t want Gajender to apologize when he isn’t wrong on his front. She is glad that he has come too far for her sake. Gajender feels he has made a mistake by not standing by her. He feels responsible and guilty for wronging her life. He praises Simar who is a blessing for them. He regrets that Oswal family lost a gem like Simar. He admits that Aarav was happy with Simar, but he couldn’t help his children.

Simar decides to stay with her parents. Her parents regret that Simar lost her smile forever, though they knew that this will happen with Simar. Gajender apologizes to Avinash and Indu. He tells that he has gained much courage to come there and meet Simar. He wants to repent by washing Simar’s feet to wash off his sins. Simar permits him on his request. Gajender performs the Kanya pujan by washing Simar’s feet. Simar gets tears in her eyes for Gajender. He makes an apology to Simar, who breaks down emotionally. Simar feels she got punished for loving someone truly. She feels she lost her entire happiness at once. She misses Aarav, and imagines him with her. She wants to know why did she get this pain. Aarav encourages her to be strong as always. He becomes her strength and asks her to start her life’s new journey. Keep reading.

Reviewed Rating for Sasural Simar Ka 2 29th October 2021 Written Update Vivaan dead: 1/5 This rating is solely based on the opinion of the writer. You may post your own take on the show in the comment section below.